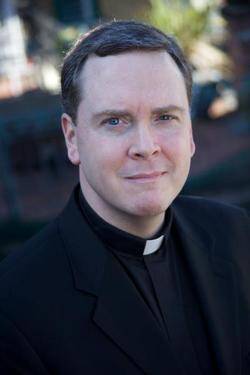 Living as I do in a very large glass house, I am reluctant to throw stones. In fact, I don’t even permit them on my property. I say this because spring is a good time to take stock of the moral quality of one’s relationships and general environs, to get a better idea of how one is or is not a part of the world’s problems. In recent years, in addition to the indispensable, unbelievably patient grace of God, I have come to rely on a more this-worldly insight in order to make sense of such things: the thought of René Girard, the French-American Catholic cultural critic who died last year at the age of 91. Girard stumbled onto an idea a few years ago that he calls mimetic theory.

First, Girard says, all human desire is mimetic. Apart from fundamental biological needs, human beings copy one another, not just in basic linguistic and behavioral patterns but in terms of what we consciously want. Strictly speaking, then, I have no desires that are original to me; rather, I desire according to the desire of another. Girard’s second insight is that human conflict occurs when the desires of multiple people converge on the same object, either seen (that iPad) or unseen (happiness). Third, this conflict, which he calls mimetic rivalry, quickly escalates and can plunge a whole community into crisis. Such crises are resolved through what Girard calls the scapegoat mechanism: One person, then another, and then a whole group of people point the finger of suspicion at a single individual, the sacrificial victim, who is then expelled or destroyed. The sacrifice of the scapegoat restores order to the community...until the next crisis.

Admittedly, this is pretty grim news. We are, by nature, not free in the way that we thought; worse, we are prone to rather brutal forms of violence. Perhaps we suspected all of that. The good news, however, is that there is a way out: the Gospel. In the words of one student of Girard, Michael Kirwan, S.J.: “The Gospel is the biblical spirit that exposes the truth of violent origins, takes the side of the victim and works toward the overcoming of scapegoating as a viable means of social formation.” In other words, the life, death and resurrection of Jesus subvert the whole ghastly enterprise of human rivalry and violence.

If you’re still reading, then you might be interested enough to attend the symposium advertised on the back page of this issue: “Principle and Practice: René Girard, Politics, Religion and Violence.” Then again, you might be asking why any of this might matter. For starters, if mimetic theory is true, then we may need to rethink some of our most treasured presuppositions. If Girard’s world is, in fact, the world we live in, then the modern notion of the autonomous, self-actualizing individual, for example, is nothing more than a romantic myth.

According to Girard’s theory, the scapegoat isn’t necessarily innocent and frequently is not. A person can be a pretty big sinner and still be the scapegoat. That counterintuitive fact might help explain the sense of self-righteous satisfaction we derive from throwing stones, even and perhaps especially when we happen to be right. And there is a lot of stone throwing at the moment, especially in our politics. The news is full of tales of individuals who have done stupid, even sinful things. Many of us like to point to those individuals—prelates, athletes, next-door neighbors, whomever—and say, along with the rest of the group, that there is no way that we could have done what he or she did. That’s a comforting thought, though most likely false. Girard’s theory, not to mention revelation and much of human history, challenges that smug, self-righteous assumption. We would all do well to consider how. I myself intend to do so in the quiet, though expansive living room of my glass house.

Matt Malone, S.J.
@americaeditor
Show Comments (
1
)
Comments are automatically closed two weeks after an article's initial publication. See our comments policy for more.
Charlotte Antal
6 years 1 month ago
I disagree with the idea that living our faith out loud / calling evil what it is, is somehow "smug self-righteousness." Prophets are never accepted in their own lands - especially by their own people...this article seems further proof of this. Authentic Catholics who take the tough stands on issues no one else will touch are constantly told that we should stop alienating others / being intolerant / causing offense by being who we are. Given what I've seen from life and read from the Gospels, it seems to me that we are called to do nothing less that to offer ourselves up...to carry our crosses...to be willing to suffer the violence of others' shame and guilt and fear to expose the truth in love, even at the cost of our own lives. We are not called to refrain from "throwing stones in glass houses" because of our own sinfulness...we are called to openly acknowledge our sinfulness while standing for the ideal. Christ never said it would be easy. If we follow him, we must be comfortable with living in the truth...even if that leads others to try to expel / destroy us. Only in taking a stand - in being His body - does his truth live on. If we sit down in silent shame because of our sin, the violence remains unchecked and we find ourselves where we are today. There are a lot of good people sitting at home living in self-pity and feelings of inferiority / fear of reprisal for speaking out. This is the easy way out. We need to get comfortable with the idea that there is a God and we are not Him! His will will be done - in spite of our sins...but we need to get out of our glass houses and evangelize.