Skip to main content
Of Many Things
November 23, 2015 issue

The conference room in Senator Elizabeth Warren’s office suite on Capitol Hill can comfortably seat a dozen people. But on a Monday morning earlier this month, triple that number had crammed themselves into it. A few minutes past 11 o’clock, three Warren staffers squeezed their way into the crowd and, after brief introductions, a young man in jacket and tie rose to address them. “As people of faith,” he began, “we are motivated to work for justice. And so we are here to share our concerns about some of the issues our country faces.” The young man, a student at Holy Cross College, then motioned to his 30 or so companions. All of them, he explained, were constituents of Warren’s.

For the next half hour, the students offered the staffers a seminar on three key issues troubling them: immigration reform, climate change and U.S. relations with Central America. As these impressive students were meeting with Warren, some 1,200 others—most of them from Jesuit high schools and universities across the country—were conducting similar visits at other congressional offices.

The day on Capitol Hill marked the culmination of an annual three-day conference that brings together students from across the Jesuit universe and beyond. It’s called the Ignatian Family Teach-In for Justice, and this year, its agenda featured a keynote address by Helen Prejean, C.S.J., and breakout sessions on topics ranging from income inequality to migration to human trafficking, intellectual disability and “Laudato Si’.” There was plenty of laughter and tears, reflection and prayer to go around, too.

The teach-in traces its history to the early 1990s, when, after the deaths of the Salvadoran martyrs in 1989, Jesuits and others began gathering informally each year at Fort Benning, Ga., on the anniversary of the assassinations. Fort Benning was the location of the School of the Americas, where the Salvadoran military leaders behind the murders were trained. The gathering grew in size and scope until it was formalized as the Ignatian Family Teach-In in 1998. This year, a record-breaking crowd of 1,700 attended.

If you’re like me, you greeted with dread the release of recent Pew polls showing religion among millennials in free fall. But then you attend an event like the teach-in, and you’re reminded: Ah, right; Jesus promised the Holy Spirit to the church until the end of time. “Where two or three are gathered in my name, there am I in their midst.” And where 1,700 are gathered, there is faith and hope and joy in absurd abundance.

The young people who show up at the annual teach-in do not approach faith casually. They strive daily to embody the Beatitudes. In the delegation packed into Senator Warren’s office was a Boston College student who tutors prison inmates, two others who have just spent a semester with campesinos in El Salvador, a woman who volunteers at a school in a low-income neighborhood and many others like them.

America Media was privileged to be a part of it all. James Martin, S.J., roused the crowd with a talk based on his book Jesus: A Pilgrimage. Kerry Weber moderated breakout sessions, and The Jesuit Post team handled all social media for the event. In partnership with the Ignatian Solidarity Network, we also tried something new: a collegiate social justice film festival called Voices From the Margins. The contest attracted nearly 70 entries from dozens of schools. We hope the film fest can become another example of the kind of Jesuit and lay collaboration in the arts that Mark Bosco, S.J., writes about in this issue (pg. 14).

So if you ever find yourself in need of a reminder that the church’s future is in excellent hands, have a look at America’s recap video from the weekend, available on our website, or peruse the winning film fest entries at filmfest.americamedia.org. Or pick up the phone and call your congresspersons. Even they will tell you.

A previous version of this article stated a record-breaking crowd of 1,600 attended the Ignatian Family Teach-In. There were actually 1,700 in attendnce.

This article also appeared in print, under the headline “Of Many Things ,” in the November 23, 2015, issue. 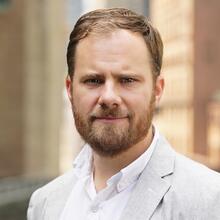