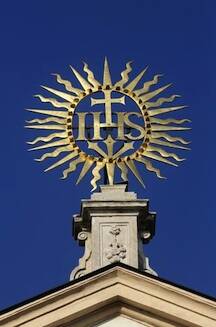 The world’s first Jesuit community college—Arrupe College of Loyola University Chicago—is scheduled to open at the university’s Water Tower Campus on Aug. 17. The college, named for the late Pedro Arrupe, S.J., a former Jesuit superior general, aims to provide prospective students with the same liberal arts core curriculum classes offered at the university, but at a more affordable cost. Stephen Katsouros, S.J., the new college’s dean and executive director, told The Loyola Phoenix, the university newspaper, “The Jesuits and our colleagues do not want our colleges and universities to become elite. [If we do so] we are leaving such great and college-deserving students behind.” Arrupe College is part of Loyola’s commitment to President Obama’s efforts to increase college opportunity by making it more affordable for students. Arrupe College has committed to helping 2,275 students earn associate’s degrees by 2025. In order to do so, it must admit around 200 students each year.

From AP, CNS, RNS, Staff and other sources
Show Comments (
2
)
Comments are automatically closed two weeks after an article's initial publication. See our comments policy for more.
Tom Heneghan
7 years 6 months ago
Congratulations, this is a great idea.
Henry George
7 years 6 months ago
While I applaud the Jesuits creating a Community College could we please have an end to naming every other new Jesuit Institution "Arrupe" this or "Arrupe" that. I knew Pedro Arrupe and he would be terribly embarrassed that so many buildings are being named after him. There are plenty of Jesuit Martyr's to choose from...