A History of Gun Control in the pages of America 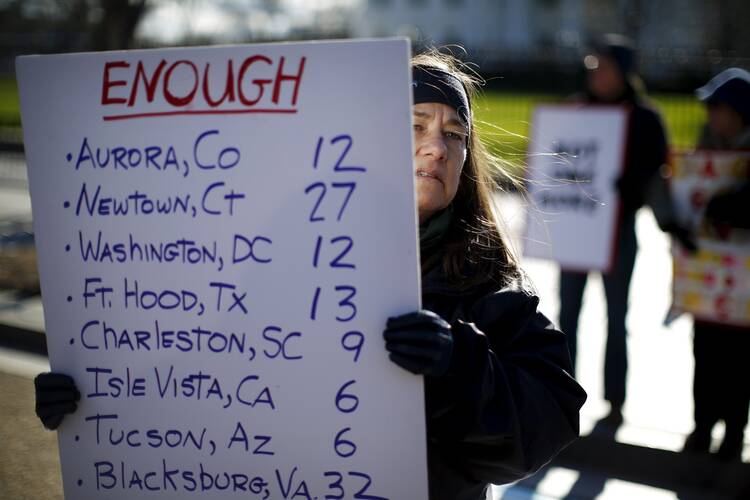 During the 20th century, the United States consistently took a reactive stance on gun control, pushing for stronger controls and greater restraints on gun sales based on perceived social crises or acts of violence that shocked the nation. In 1934 that meant restricting access to “gangster weapons” through exorbitant excise taxes, and in 1968 it meant clamping down on inexpensive handguns and mail-order weapons sales because of rising urban crime rates and in response to the assassinations of President John F. Kennedy, his brother Senator Robert F. Kennedy and the civil rights leader Martin Luther King Jr.

In both instances, the National Rifle Association helped craft the gun control measures that passed into law.

It took five years for Congress to pass the Gun Control Act of 1968. It would take the next significant gun control measure much longer to get through Congress after the initial public outrage over the attempted assassination of President Ronald Reagan in 1981. By then the N.R.A., under new leadership, had transformed itself from a hunting, hobbyist and gun safety organization into an ardent defender of Second Amendment rights. The group fiercely resisted the Brady Bill, which set higher hurdles to gun ownership by means of stricter background checks and limitations on interstate and overseas commerce in guns. But the bill was supported by President Reagan, who had been wounded during the attempt on his life, and was signed into law by President Bill Clinton in 1993.

The 1994 assault weapons ban, which held until 2004, was similarly inspired by public outrage after a schoolyard shooting in Stockton, Calif., in January 1989. The gunman, Patrick Purdy, had a long criminal history, white supremacist views and hostility toward Southeast Asians. He used a Chinese imitation of the AK-47 assault rifle to kill five schoolchildren at Cleveland Elementary School and wounded 32 others before taking his own life.

Two critical and related pivots are particularly important in this short history: the N.R.A.’s turn away from cooperation on gun control legislation after the passage of the Gun Control Act in 1968 and the breakdown of a connection between public outrage over especially terrible incidents of gun violence and successful legislative campaigns. Since the Stockton shooting, no gun rampage, not even one as horrific as the murder of schoolchildren, teachers and administrators at the Sandy Hook Elementary School in Newtown, Conn., in 2012, has provoked enough public outrage to overcome N.R.A. resistance and sustain a successful gun control campaign at the federal level.

For decades, the U.S. Catholic bishops have advocated stronger regulations on gun sales and, on occasion, even suggested a preference for a gun-free society in press releases and congressional testimony. But there has been no pastoral letter and few formal statements specifically on gun control, and the topic has mainly been mentioned in the context of broader indictments of American society like “Confronting a Culture of Violence” (1994).

The most direct statement on guns from the Catholic hierarchy can be found in “Responsibility, Rehabilitation and Restoration: A Catholic Perspective on Crime and Criminal Justice” of November 2000: “As bishops, we support measures that control the sale and use of firearms and make them safer—especially efforts that prevent their unsupervised use by children or anyone other than the owner—and we reiterate our call for sensible regulation of handguns.”

From as early as the 1960s, the editorial board of America, as well as a variety of authors writing in print and online, have taken up the heated issue of gun control. In 1971 the editors, reacting to a spate of homicides in major American cities, offered a sensible proposition: “Why not back two very reasonable legislative proposals: registration of all firearms and a ban on the private possession of all handguns?” It would have been difficult for the editors of 40 years ago to imagine that the United States would one day face an entirely new type of scourge: the semi-automatic rifle, of the type that was responsible for the worst recent mass public shooting in American history, the massacre of dozens of people at a gay nightclub in Orlando, Fla.

But America was not simply concerned with public policy—that is, tackling the complicated political issues around gun control (particularly Second Amendment rights) as a way of lessening the violence. The magazine has also approached the issue from what might be called a spiritual point of view. In January of this year, Judith Valente, writing about the spiraling violence in Chicago, touched upon the anger that victims’ families often feel toward God and outlined responses to the violence from churches and other religious institutions across the city. And in the past few years in particular, gun control has been increasingly framed for Catholics as a “pro-life” issue. If one is called to be a defender of life from natural birth to natural death, how can one ignore something that so easily ends a life?

Here are brief excerpts from articles published in America over the last several decades, in which the editorial board and other contributors stake out a position on a topic that is, sadly, always in the news. Additional archive material can be found at americamagazine.org.

In the event of urban rioting such as major American cities have witnessed in recent summers, what factor might serve as a “potential community stabilizer”? Why, private ownership of guns. Who makes this constructive suggestion? An editorialist writing in the May issue of that impartial, humanitarian and tranquilizing organization, the National Rifle Association….

So, by the advice of the National Rifle Association, American urban society reverts paradoxically to the condition of the gun-toting, lead-slinging, corpse-making frontier. This review stands very far from entering a plea for street rioting of any kind for any reason, but it has little stomach for the monstrous prescription of the N.R.A.

Other nations look on in disbelief. The homicide count for England, Scotland, Wales, Ireland, Northern Ireland, Switzerland, Spain, Sweden, the Netherlands, Norway, Denmark and Luxembourg—with combined populations 16 times that of New York City—is surpassed by that for New York alone. Granting the problems caused by population density, and other social factors, the disparity suggests that those countries are doing something right, we something wrong.

‘The Enigma of Public Violence,’ The Editors, 1981

As the nation searches its soul in the wake of the seventh assassination attempt on a President in this century, advocates of stricter gun-control laws will once again urge their case. They will be right; the absence of laws prohibiting the casual purchase of handguns is a national disgrace. Yet the opponents of gun-control laws, including ironically many in the Reagan Administration, will also be right when they respond that such laws would not, by themselves, protect the President from any future assaults.

The crisis lies deeper in American life, and its sources are not easy to identify. Surely, though, one source is the unhealthy fascination with violence that runs through American culture. It is reflected in the fixation of millions with the programmed brutalities of professional boxing, hockey and football and the increasingly graphic crime dramas of film and television. It can even be recognized in the toy guns we put in the hands of children. Vicarious violence is so accepted in the American imagination that it sounds like moralizing to even call attention to it. But those bodies lying on a rainswept sidewalk in Washington, the center of our national dignity and power, offered one more warning that the fantasies of violence which we so often indulge are not just harmless entertainment.

Religious people need to be invited to meditate on the connection between the more traditional “life issues” and the overdue need for stricter gun control. The oft-cited argument, “Guns don’t kill people, people do,” is unconvincing. Of course people kill people; just as people also procure abortions, decide on euthanasia and administer the death penalty. Human beings are agents in these matters. The question is not so much how lives are ended, but how to make it more difficult to end lives. Over the years the government has legislated minute instructions on safety features for automobiles, to increase their safety for the driver, passengers, and others on the road. Surely it is not beyond us to summon up the moral courage to intelligently regulate guns and rifles.

Americans must ask: Is it prudent to retain a constitutionally guaranteed right to bear arms when it compels our judges to strike down reasonable, popularly supported gun regulations? Is it moral to inhibit in this way the power of the country’s elected representatives to provide for the public safety? Does the threat of tyranny, a legitimate 18th-century concern but an increasingly remote, fanciful possibility in the contemporary United States, trump the grisly, daily reality of gun violence? The answer to each of these questions is no. It is time to face reality. If the American people are to confront this scourge in any meaningful way, then they must change. The Constitution must change. The American people should repeal the Second Amendment.