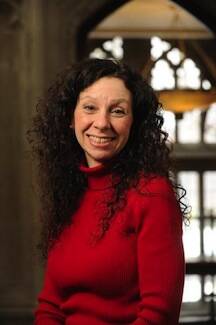 The best way to get to know a writer whose work you love is to visit his or her home. This is especially true of writers who have died. To walk the floorboards she walked, to lay your hand upon the railing he gripped as he mounted the stairs, to enter the bedroom where she was born and the parlor in which he died are each acts of extraordinary intimacy. You can almost feel the presence of the writer, who ate and drank, breathed and brooded, lived and loved within these walls. This is the closest we can come to communing with the dead. It allows us to see them anew, as living souls like ourselves, fellow pilgrims along the journey to eternity.

Literary nerd that I am, I have made many visits to such historic houses—Wordsworth’s Dove Cottage; Yeats’s Thoor Ballylee; Keats’s rooms beside the Spanish Steps in Rome; the Brontë parsonage in Yorkshire; Longfellow’s house in Cambridge; and Emily Dickinson’s home in Amherst, to name a few. All of these houses gave shelter to their extraordinary inmates, but they did much more than that. Each constitutes a private world, a space the author inhabited and shaped—and it, in turn, shaped the writer’s vision and voice.

Each time I’ve entered the house of a writer whose work I loved and whom I thought I knew, I have discovered that I was wrong. I had not known them at all. True, I had lived inside their books and poems and felt a kinship with them. But stepping across the threshold of their homes, I realized that this fellow-feeling had been based on only partial acquaintance. Here, climbing the narrow stairwells of Yeats’s dark tower; here, looking out the window young John Keats looked out of as he was dying of tuberculosis, the grandeur of Rome beneath his helpless gaze; here, standing before the hearth where Longfellow’s beloved wife was consumed by fire one fierce, windy night; here, running my finger along the homemade cradle the infant Emily Dickinson was rocked in; here, in each encounter with material objects “my” writers had touched, I touched the writer as well. These mute objects seemed to speak their owners’ history and their mystery. I suddenly understood both writer and work in ways I hadn’t before, rendering an intellectual relationship incarnational.

Pilgrimage to literary houses is a secular version of religious pilgrimage, on which travelers journey to holy sites associated with saints. There one discovers relics—intimate possessions of the writers that tell essential truths about them. I once saw a dress belonging to Charlotte Brontë displayed in her bedroom. The waist narrow, the arms slender, and the floor-length skirt so short, it looked like a child’s. No wonder childbirth was a terror to women as diminutive as this (a struggle unlucky Charlotte wouldn’t live to endure—she died, along with her unborn child, months before the baby was due). If her dress is a relic, so too are the tiny books the Brontë children created for their amusement, stitching together scraps of paper and writing stories of their own invention in print so small one needs a magnifying glass to read it. A strange occupation for children, perhaps, yet it seems fitting that Charlotte, Emily and Anne would spend their days this way, practicing on the small scale to become writers of larger-than-life books.

Where there are saints, there are miracles, and the miracles of literary saints are their writings. Each of the authors mentioned has produced a masterpiece, a novel or poem of such grace and power it has changed the face of literature and shaped the way we see the world. Emily Dickinson once wrote of her vocation as poet using the metaphor of a house: “I Dwell in Possibility,/ A fairer House than Prose.” The poem describes the writing life and concludes with this powerful depiction of the miracle poetry enables her to accomplish: “For occupation, this—the spreading wide my narrow hands to gather paradise.” She likely wrote these words seated at her desk in front of her window that looks east, toward the sunrise and the fields unfolding as far as her eye could see. Looking out from her lofty perch, we can imagine Dickinson “gathering paradise” every day—seeing the deep truth hidden from ordinary eyes, the paradox of perfection evident in a broken world, and writing it down for us to read a century past her death. We can almost hear the scratching of her pen.