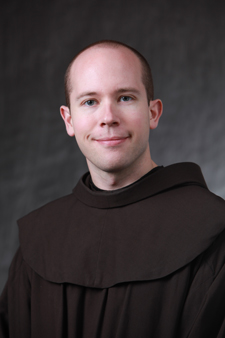 On Nov. 10, 1958, Thomas Merton wrote a letter to Pope John XXIII in which the famous American monk shared with the new pope some reflections about the world and the church. In one passage Merton describes how he had begun to understand that being a cloistered monk did not necessarily mean withdrawing from the world in some absolute way. Instead, he discerned the Spirit calling him to another form of ministry from within the walls of the monastery by writing letters, connecting with women and men he might never have had the opportunity to meet otherwise.

It is not enough for me to think of the apostolic value of prayer and penance; I also have to think in terms of a contemplative grasp of the political, intellectual, artistic and social movements of this world—by which I mean a sympathy for the honest aspirations of so many intellectuals everywhere in the world and the terrible problems they have to face. I have had the experience of seeing that this kind of understanding and friendly sympathy, on the part of a monk who really understands them, has produced striking effects among artists, writers, publishers, poets, etc., who have become my friends without my having to leave the cloister.... In short, with the approval of my superiors, I have exercised an apostolate—small and limited though it be—within a circle of intellectuals from other parts of the world; and it has been quite simply an apostolate of friendship.

Merton came to realize that part of his religious vocation involved connecting with people of different backgrounds, experiences and worldviews.

He corresponded with the writers Boris Pasternak, Czesław Miłosz, Ernesto Cardenal and Evelyn Waugh; with the activists Joan Baez, Daniel and Philip Berrigan; with the theologians Paul Tillich, Karl Rahner, Abraham Heschel and Rosemary Radford Reuther; with bishops, nuns and religious leaders of other traditions, like Thich Nhat Hanh; and with so many others, including ordinary, unknown people.

I thought of Merton and his “apostolate of friendship” earlier this month while sitting at a pub one evening in England. I was in the company of a diverse collection of people: a middle-age father from Ireland, an Episcopal priest from Scotland and a woman and man from England, both teachers. We were there enjoying some beer after a long but inspiring day of academic paper presentations and workshops on the life, thought and legacy of this American monk. We were in Oakham, in central Britain, for a conference of the Thomas Merton Society of Great Britain and Ireland, an event held every other year. (In the alternating years, the International Thomas Merton Society holds a large conference somewhere in North America; the next will be in Louisville in June 2015.) I was there to deliver a keynote address, but the conference draws a diverse group composed of top Merton scholars, as well as people with a more casual interest in Merton and all sorts of others in between.

Strangers before this evening, those with whom I found myself at the pub all began to exchange stories about how each had come to discover the writings of Merton and what had led them to attend this three-day event. Most shared a version of “the typical Merton story,” which begins with reading The Seven Storey Mountain. 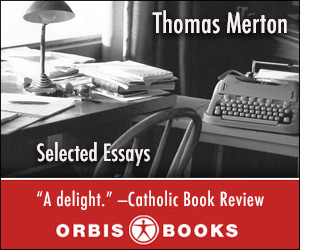 The Irishman, however, recalled a dramatic event that took place in a hospital room. Visiting his father, who was recovering from surgery, he was told that the man in the next bed was dying. The dying man happened to be reading a book, which led my new Irish friend to reflect: “If he’s dying and is reading, it must be an amazing book! I need to know what it is.” The book was Merton’s The Seven Storey Mountain.

This man told us, decades later, that Merton remained a major influence in his life, ever since he read the book after that hospital encounter.

Few writers and thinkers can bring people together this way. Even fewer can do it long after their death. Thomas Merton continues to exercise an “apostolate of friendship,” bringing people together across many divides. If you haven’t met Merton and his friends yet, I encourage you to do so.

Daniel P. Horan, O.F.M., is the author of several books, including The Last Words of Jesus: A Meditation on Love and Suffering (2013). Follow him @DanHoranOFM.

@DanHoranOFM
Show Comments (
3
)
Comments are automatically closed two weeks after an article's initial publication. See our comments policy for more.
Miguel K'nowles
7 years 1 month ago
Martin is obsessed with Merton. O My, I read one of his books, after market, won't purchase, but he dedicated half the book to Merton and like 5 pages to Ignatius.
Bruce Snowden
7 years 1 month ago
Miguel, You’re mistaken saying Fr. Martin is “obsessed” with Thomas Merton. A better word is “impressed” or “influenced” I read somewhere that Merton’s conversion story and spiritual life impressed and influenced many to a life dedicated to Christian service in any of its forms and Fr. Martin may have been one of them. You say he’s “obsessed.” If so it’s a “magnificent obsession” the kind of thing I think Pascal had in mind when he wrote, “The heart has reasons the mind cannot comprehend!” Listen to your heart, friend.
David Pasinski
7 years 1 month ago
Redings "Soul Searching" of interviews with friends of Merton is illuminating and and helpful rounding out this complex, gifted, and "holy wholly human" individual.