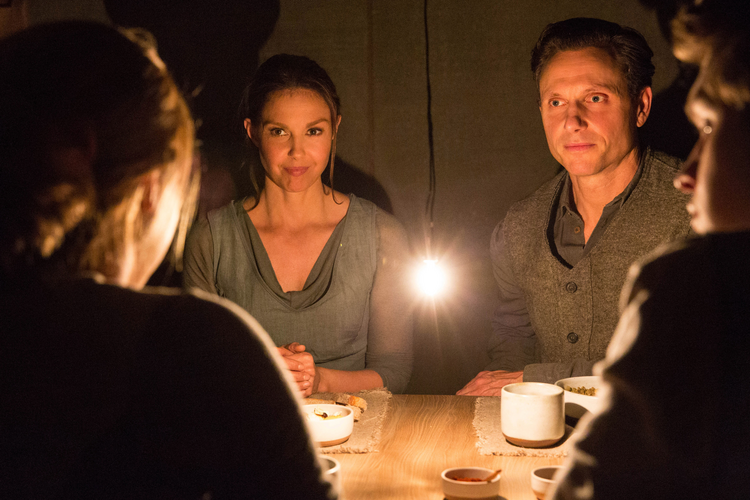 One delightful and certainly unintended consequence of Divergent—the fantasy novel by Veronica Roth, its sequels and the movies they are beginning to spawn—may be an improvement in teenage America’s vocabulary. In book form, Divergent was followed by Insurgent and Allegiant; the dystopic society in which the action takes place is divided into lofty sounding factions reflecting each citizen’s dominant trait: Dauntless (the brave); Abegnation (the self-less), Candor (the honest), Erudite (the knowledgeable) and Amity (the peaceful). Why can’t the selfless also be brave? We’ll get to that. Firstly, though, we’d like to applaud the filmmakers for raising reading levels, in an industry where dumbing-down is the business model.

Divergent, the film, is not dumb. It may be dull at times, but it also suffers the burden of being the set-up for a sequel (or two) and as such feels like an intro to something we’re not going to see till the next time. Because it is the first in a trilogy of violent action-adventures with a plucky young heroine at its center, it also invites comparison to “The Hunger Games,” which will ultimately be four movies, and “Mortal Instruments,” which could be six (but hasn’t quite shown that kind of box-office pop). Neither integrated a lot of new words into the conversation.

The word that “Divergent” seems eager to avoid is “fascism,” although that is precisely what’s at the root of the story, and the evil confronting Beatrice, a.k.a. “Tris” Prior (Shailene Woodley). A rather nondescript young woman, she has reached the age of consent as proscribed by those governing the movie’s post-apocalyptic Chicago, a city that has survived a great war and achieves security via the enormous wall that encircles it and the divided population within it. When Beatrice goes through the traditional testing, her dominant characteristic will be determined, and it will be recommended that she join the corresponding group. Whether she chooses that group, or another, will be up to her. Once the choice is made, however, that’s it. No going back.

All young people should choose the path that makes them most happy, says Erudite leader/crypto-czarina Jeanine Matthews (Kate Winslet). No, not business school. The group they were destined to join.

Beatrice’s problem is that the testing indicates that she doesn’t fit neatly into any one slot. She has the dubious gift of complex personality and multiple aptitudes—for Abegnation, Erudite and Dauntless. As such, she is a “divergent”—something akin to being a hermaphrodite in the ancient world. She must not speak of it, she’s warned. What’s in store for divergents isn’t yet clear. But all the furtive glances and fearful looks bode very much ill for the well-rounded Chicagoan.

Harboring a well of toughness, or wanting to dig one, Beatrice joins Dauntless, which is peopled by bullies, predators and budding sociopaths, all drinking the philosophical Kool-aid. It suggests a Nietzschean bike gang. With extremely good cheek bones.

Dramatically, “Divergent” wanders, but over rich philosophical soil. The strongest conflict is between a vaguely Roman ethos—Jeanine calls their city a “living thing made up of cells,” the cells being the factions—and some fundamental Christian virtues, namely equality and community. An ancient argument seems to be taking place in “Divergent.” The Christian idea, articulated especially in the letters of Paul (I borrow here from Helmut Koester of the Harvard Divinity School) declares that the baptismal formula is a “sociological formula that defines a new community,” in which all members are peers. Although the factions of “Divergent” are communities, too, they are based on division.

Young viewers—heck, older viewers too—may not be aware intellectually of the affront that “Divergent’s” divisive societal construct is against a Judeo-Christian sensibility, but they’ll feel it in their popcorn-nourished bones. If they have a sense of history, they’ll also find in the society’s mantra— “Faction before blood”—distinct echoes of “Deutschland Uber Alles.”

At the same time, “Divergent” is deeper than it needs to be. Or maybe not shallow enough. “High concept,” a la Hollywood, generally means a premise that can be explained in 10 words or less. “Divergent’s” narrative requires a long explanatory voiceover by Ms. Woodley that doesn’t really do the job, and a great deal of preparation meant to get its viewer in a place where he or she can react instinctively to the plot. Which doesn’t really happen.

The villain in the piece is meant to be loathsome, but I’m not sure she is, quite. Forgive the possibly paranoid reaction: It may happen over the next couple of years that reviewers start seeing Hillary Clinton satirized hither and yon, but Winslet, with her blond bob, flat inflection and bureaucratic imperative, certainly seems to be parodying (or worse) the potential 2016 presidential candidate. If we’re wrong we apologize. Anyway, the real problem for the movie is that Jeanine Matthews, with her ruthless scheme—to have the power of the government seized from Abegnation and given to Erudite (with Dauntless as its muscle)—is reacting to a theoretical threat: She imagines that society is imperiled by not having her own, presumably smarter people at the helm. As such she’s a bit of a cliché. And whatever lay beyond the wall, it’s neither a clear nor present danger. Lacking one, the movie also lacks emotional momentum.

Maybe phase two (“Insurgent”) will be better. Woodley will certainly be back, although the jury is still out regarding her qualities as a leading lady—an antiquated term, but movies are voyeuristic, and much of our reaction to them is subconscious. The actress made a good impression on reviewers in “The Descendants” where she held her own with co-star George Clooney. She then showed considerable range playing a relatively delicate young woman in the edgy romance “The Spectacular Now.” To his credit, director Neil Burger has dispensed with any super-saturation of special effects in “Divergent”; he uses a lot of Chicago, and has said that his dictate to his production designers was that 80 percent of any frame had to be “real”—free of computer graphics, etc. It’s also laudable, though unlikely he had any say about it, that his movie stars a seemingly “normal” looking girl like Woodley (she does have great hair), cast as a warrior princess in a studio tent-pole picture.

The downside is that the actress lacks the physical dynamism to carry the viewer along in the action sequences, to be an audience surrogate in a production, which, for all its socio-political heft, is still an action movie. Call it charisma. Woodley isn’t blessed with an overabundance.

Be that as it may: The divergents are coming. And the insurgents. And the allegiants. Which will be good for spelling, and for the general tenor of mainstream mall movies, which rarely get as a serious as “Divergent” does about being super, while not being superficial.

John Anderson is a film critic for The Wall Street Journal and Indiewire and a regular contributor to the Arts & Leisure section of The New York Times.