Mission work or voluntourism? Searching for a deeper mission 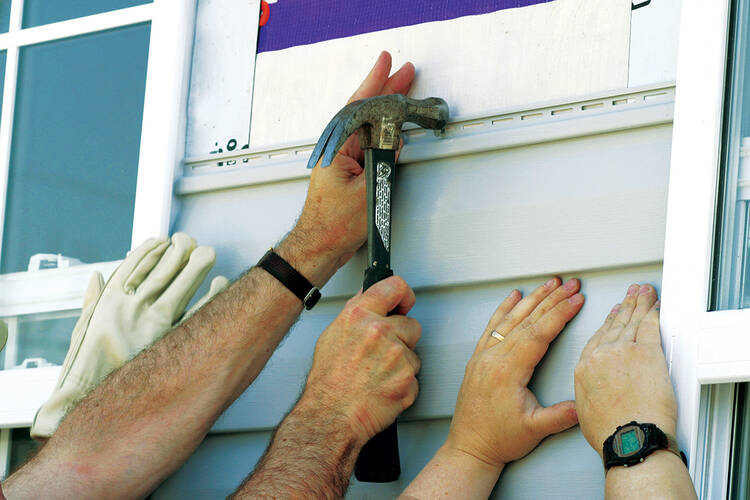 Here is some good news about young adults in the church: They interpret the words of Jesus to “go and make disciples” to mean they should spend their time and resources helping those who are less fortunate.

And here is some not-so-good news: For many, the deeper meaning of such actions remains uncertain. As Paul Borthwick says in his book Western Christians in Global Missions, “although globally aware, these young people seem unclear on what the Gospel is beyond just ‘doing good.’”

Mission work has become synonymous with good deeds, and that conflation is at the heart of the current crisis in missiology. A good deed can be defined as a singular, often spur-of-the-moment act that is not meant to establish any sort of long-term partnership. Holding the elevator for a man who has his hands full, for example, or lending change to the woman who is a little short at the cash register. They say, “Thanks,” you say “You’re welcome,” and you walk away feeling good about what you just did.

But these passing exchanges are not at the heart of mission work. The work Jesus was urging people toward when he said “go” is rooted in a long-term commitment to preaching the Gospel while serving other children of God. It is not often quick, and it is rarely easy.

The trouble begins when short-term projects prioritize the positive vibes of good deeds over true ministry. And believe me, these projects are popular. In 2005 Princeton released a survey that found 1.6 million Americans participated in mission trips that were less than two weeks long, at a cost of $2.4 billion. The trend suggested those numbers will grow annually.

Americans see the world is hurting and want to help, but too often these efforts come in short bursts and seek immediate results. Parishes or schools see people in poverty in Harlem, Guatemala, Libya, Houston, Russia or China, so they gather a small group from their church to go to those places and try to help.

But problems arise when the needs of the community being served are not considered. Too often, the people to whom these works or donations are directed do not need what is given. Roger Sandberg, who was the country director in Haiti for Medair, an international humanitarian aid agency, says aid should be divided into three stages: relief, rehabilitation and development. Relief is given only for a few months, and usually only after a crisis when basic needs have to be met. Rehabilitation is the process of turning over aid-provision into the hands of the community. Development is what most long-term missions are interested in, and that means creating self-sustaining outposts where missionaries, it is hoped, work themselves out of the job.

Western Christians want to help so badly that they sometimes end up doing things for the people they are helping even when the people could be doing these things for themselves. As Robert Lupton, who has served in inner-city Atlanta for 40 years, puts it in his book Toxic Charity, “Giving to those in need what they could be gaining from their own initiative may well be the kindest way to destroy people.”

Americans looking to help can focus too much energy on what is lacking. Intelligent and affluent Christians come into the downtrodden places of the world with grand ideas of reform and change. But these projects are likely to fail if the helpers do not take into account what the community itself feels it needs. Is it not logical that each community knows its own strengths and weaknesses better than anyone else?

Too often, we look only at what the needs of a person are and do not bother to ask them what they can offer. Carrying out God’s mission is not about bringing our plans to the corners of the world; it requires acknowledging the gifts of a person and partnering with them so their gifts may be tapped for God’s glory. Once they are empowered, we hope that the assets of a person can provide self-sustaining means.

So what does this mean for people (like myself) who are planning for upcoming short-term projects? What about the professionals who cannot make a commitment to lifelong missions like the saints of yesteryear or some courageous souls today? What about all the positive dimensions of being involved in these trips? I feel most of the positive outcomes of short-term mission trips (appreciation of new culture, relationships, feelings of accomplishment, new perspective on life, etc.) will not be compromised by some changes.

First, short-term volunteers should work hard to do projects that are in partnership with long-term volunteers or aid agencies. Ideally, they can pair up with someone who has made at least a two-year commitment to be in the thick of a situation. Many missionaries are in it for the long haul, and it is both arrogant and ignorant not to trust them and use their connections. They have heard God’s call to serve in a special way, and we should respect that.

Second, mission teams need to consider the type of aid they are giving and think hard about whether or not it is appropriate for the setting. Food and clothing donations may be appropriate at one time of year or location, but not others. If working with long-term missionaries, it is a safe bet that aid for development work may be the greater need.

Third, the community that is being served must be included in the plans. This can be scary for people who have focused on policies, agendas and improvements. It requires humility to ask a group of people for suggestions, because it gives them governance, ownership and control. As Ron Blue, a professor in world missions and intercultural studies at Dallas Theological Seminary, says, “It appears to me that those of us in the North America empire are rather slow to yield control to others.” That loss of control is essential to effective mission work.

We should not be discouraged from taking these life-changing trips, but rather encouraged to do them smarter. I sincerely think a cross-cultural project of any kind is essential to gaining a wider perspective on the world, and my personal experience with this kind of work has resulted in dramatic shifts in how I view poverty. But it is time to look hard at the results and decide if we are tangibly making a difference in the world. Let us be the hands and feet of Christ in this world, working tirelessly and lovingly to build the Kingdom on earth as it is in heaven.

Michael Simmelink is a recent graduate of Northwestern College, where he earned degrees in journalism and biblical studies.

Show Comments (
1
)
Comments are automatically closed two weeks after an article's initial publication. See our comments policy for more.
Charles Erlinger
6 years 4 months ago
I think that the issue raised by the author is very serious and deserves a lot of thought and even contemplation. A number of thoughtful people throughout recorded history, to include missionary saints of the Church, have talked about the difference between virtuous effort and tangible effect. One of the luminaries in our wonderful Christian past said something like "we are not called to be successful but to be faithful." I confess that I can't remember who said that or even if I've gotten the quote correct. But some of our most revered missionaries were failures from a worldly point of view, especially if that view was limited to the lifetime of the Saint in question. I'm sure that the more prudential judgement we can combine with selfless charity the better, but we still probably won't ever know the whole worth of our efforts at charity in this life.