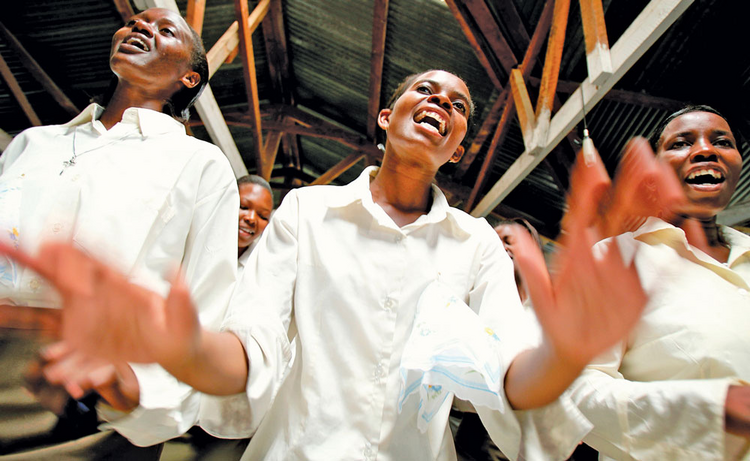 The number of Catholics in the world and the number of bishops, priests, religious men and seminarians all increased in 2011, while the number of women in religious orders continued to decline, according to Vatican statistics. The number of permanent deacons is showing “strong expansion” globally, but especially in Europe and the Americas, the Vatican press office reported.

The numbers represent just a handful of the statistics contained in the Statistical Yearbook of the Church, which reports worldwide church figures as of Dec. 31, 2011. According to the statistical yearbook, the increase in the number of Catholics in Africa (4.3 percent) and Asia (2 percent) greatly outpaced their regions’ population growth, which was 2.3 percent and 1.2 percent, respectively.

The growth of the Catholic community in Europe and the Americas was even with regional population growth, which was about 0.3 percent for both, the yearbook said. At the end of 2011, most of the world’s Catholics (48.8 percent) were living in the Americas, followed by Europe with 23.5 percent, Africa with 16 percent, 10.9 percent in Asia and 0.8 percent in Oceania.

The Vatican said the number of bishops in the world increased from 5,104 to 5,132. The total number of priests—diocesan and religious order—around the world grew from 412,236 to 413,418, increasing everywhere except the Americas where numbers stayed mostly the same, and Europe, where the number of priests has gone down more than 9 percent over the past decade.

The number of women in religious orders has shown “a sharp downward trend,” with a 10 percent decrease in the numbers of women religious worldwide since 2001. Increases in Africa and Asia were not enough to offset the reductions seen in Europe, the Americas and Oceania. Catholic women’s orders went from having a total of more than 792,000 members in 2001 to just over 713,000 women at the end of 2011.

The number of candidates for the priesthood—both diocesan seminarians and members of religious orders—showed continued growth worldwide, rising from 118,990 at the end of 2010 to 120,616 at the end of 2011. The yearbook reports that the number of men preparing for the priesthood rose more than 30.9 percent in Africa and 29.4 percent in Asia between 2001 and 2011. Numbers decreased in other regions of the world, particularly Europe, which saw a 21.7 percent drop in priesthood candidates during the same period.

This article also appeared in print, under the headline “Church Enjoys Fastest Growth in Asia, Africa,” in the June 3-10, 2013, issue.