Christians among the victims in an unstable Yemen 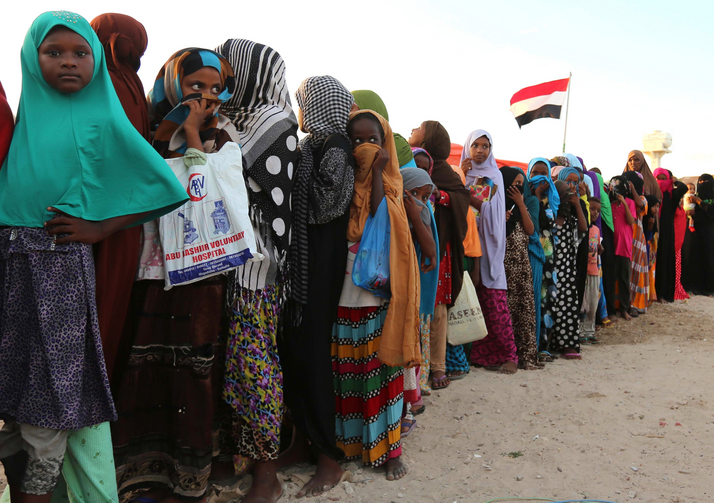 Over the last year, Yemen’s brutal war has led to the killing of over 3,000 civilians and meant the destruction of considerable civilian property. Various armed groups, most notably the Houthis and other Islamist forces, have taken over cities and towns in this overwhelmingly Muslim country of 26 million. In much of the country, lawlessness reigns.

One community, Yemen’s Christians, has felt the war’s impacts acutely. The nation's estimated 41,000 Christians consist of both native Yemenis and refugees from abroad, though in the past year many have fled the war-torn country.

“John,” as I’ll call him, is a Yemeni Christian who used to run a library that included Christian literature in Taizz, Yemen’s third largest city. He described an increasingly dangerous atmosphere for Christians in a country where militant Islamists are increasingly gaining ground. He told me he has been receiving threats for several years, including from people labeling him an apostate, mostly over Facebook. However these threats never used to worry him. He knew that the local police would never let anything happen to him.

But on February 23, 2015, a shipment of books, including Bibles and other Christian literature, arrived for John at Taizz airport. Customs officials confiscated the shipment and an official involved in the case told Human Rights Watch that other officials suggested burning the books because “they were offensive to the community and religion.” He said that the same officials warned John’s lawyer that he should be careful about “reckless men concerned with their religion [who] may set [John]’s library on fire if the shipment were to enter the city.”

Fighting  broke out in Taizz in March 2015 between supporters of the northern Houthi forces and Islamist armed groups opposed to Houthi rule. At that point, John said, attacks against him over social media intensified. Toward the end of April, extremist elements became more active within the anti-Houthi opposition in the city, and he had no choice but to flee.

One of John’s neighbors told me that on the morning of September 27, about 15 armed, masked men dressed in black arrived in two Toyota pickup trucks at the building housing John’s apartment and library. The neighbor said he watched them “pack the Christian books in boxes from [John]’s library and load them onto the cars.” He saw them burn the books in Souq al-Sameel, a nearby public marketplace.

The neighbor recognized the leader of the group as a well-known fighter in the city affiliated with Islamist armed group Al-Qaeda in the Arabian Peninsula. The fighter questioned another neighbor about John’s “evangelizing and selling Christian books to people.”

John sent Human Rights Watch a photo of graffiti the armed men left behind on his living room wall, which states in Arabic: “There is no God, but God. Mohammed is the messenger of God; The Islamic State; God’s curse on Christians.” His neighbors sent him a photo and said that  other messages had been left as well. It is no surprise that John is afraid to return home.

More recently, there have been three attacks on Christian institutions in the southern port city of Aden, Yemen’s second-largest city. Although the city is ostensibly under government control, Islamist armed groups run rampant. On September 15, gunmen stormed and burned down the Church of St. Joseph, one of four Christian churches in the city. A witness said that several masked gunmen wearing white shirts with the Islamic State logo emblazoned in black arrived at the church on motorbikes. When they left a fire began to burn. By the time fire trucks arrived over 30 minutes later, most of the church had burned down.

On December 9, an explosion destroyed Aden’s Immaculate Conception Catholic Church. Local residents alleged that Islamists were responsible. And on March 4, four unidentified gunmen entered a Christian-run retirement home in Aden and killed at least 16 people, including guards, drivers, cooks, and four nuns, media reported. The gunmen also reportedly abducted an Indian priest, who remains captive. The attackers destroyed all the Christian symbols and liturgical articles at the home. The home’s residents, who were not Christian, were unharmed.

Uncovering who carried out any of these attacks seems unlikely, and bringing them to justice even less so. But for Christians and Yemen’s other dwindling minorities, the identity of the attackers  matters less than the reality that they are now being targeted with impunity with little hope of protection from a divided, dysfunctional, and deteriorating state.