Are Married Priests Next?: Looking at Pope Francis’ 'reform' agenda 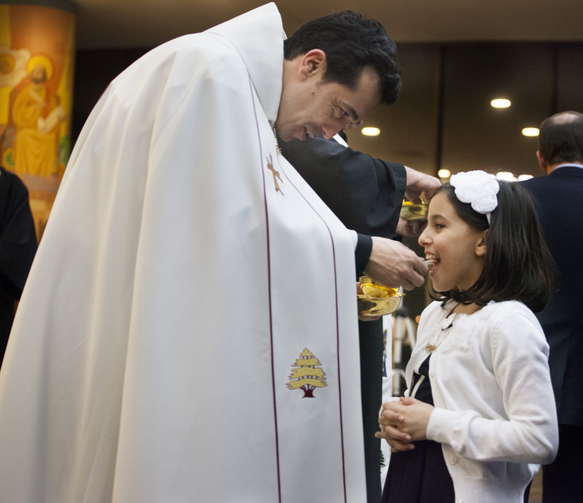 Pope Francis likes to say that he prefers to raise questions rather than issue edicts or change doctrine, and he has certainly generated plenty of debate with his off-the-cuff remarks about gays and his cold-call chats on topics like divorce and Communion, as happened recently with a woman in Argentina.

Now a recent conversation between the pope and a bishop from Brazil about the priest shortage may be moving the issue of married clergy onto the pontiff’s agenda.

It began when Bishop Erwin Krautler, an Austrian-born bishop who heads a sprawling diocese in the Brazilian rain forest, had a private audience with Francis on April 4 in the Vatican.

During the meeting, Krautler and Francis compared notes on how much the priest shortage affects the church, especially in the Southern Hemisphere. Krautler’s diocese, geographically the largest in Brazil, has just 27 priests for 700,000 Catholics, most of whom might attend Mass a couple of times a year.

Francis said he knew of a diocese in Mexico where parishes had a deacon but no priest, and the pope wondered how things could go on that way — which is when Krautler raised the idea of married priests.

“The pope explained that he could not take everything in hand personally from Rome. We local bishops, who are best acquainted with the needs of our faithful, should be ‘corajudos,’ that is ‘courageous’ in Spanish, and make concrete suggestions,” the bishop told an Austrian newspaper the next day.

Francis, Krautler reiterated, wanted national bishops’ conferences to “seek and find consensus on reform and we should then bring up our suggestions for reform in Rome. … It was up to the bishops to make suggestions, the pope said again.”

It didn’t take long for other bishops to pick up on that cue.

Three prelates in Great Britain said they planned to raise the issue of married priests at a meeting of the hierarchy of England and Wales in May. Such a change could help relieve the clergy shortage in their dioceses, they said, noting that many of them have married priests already under a plan that allows Anglican clergy to convert.

“I would be saying personally that my experience of married priests has been a very good one indeed,” Bishop Thomas McMahon told The Tablet, a Catholic weekly. McMahon said he has 20 former Anglican priests, many of whom are married, in his Brentwood diocese.

“People look to their priest as a man of God, to lead them to God,” McMahon said. “If he is a real pastor at their service then it is rather secondary as to whether he is married or not.”

That Francis would be open to the change is not too surprising. As then-Cardinal Jorge Mario Bergoglio of Buenos Aires, Francis commented that while he was in favor of retaining celibacy “for now,” it was a matter of church law and tradition, not doctrine: “It is a matter of discipline, not of faith. It can change.”

More recently, Francis’ secretary of state, Cardinal Pietro Parolin, echoed those views in comments last fall when he said that celibacy “is not a church dogma and it can be discussed because it is a church tradition.”

So is optional celibacy a real possibility under Francis? “I think the topic is open for discussion,” said the Rev. Thomas Reese, a Jesuit priest and senior analyst for National Catholic Reporter.

There are at least three reasons why Francis may be amenable to the debate:

• One, while a married priesthood is often seen as part of the “liberal” agenda for reform that includes ordaining women priests and overturning teachings on homosexuality and birth control, it’s not. In fact, church officials across the spectrum periodically raise the option of married priests — while keeping celibacy as the norm — but they often do so in private.

• Two, because celibacy is a matter of law and tradition, not doctrine or dogma, it can be debated or even changed without signaling that the entire edifice of church teaching is about to crumble. Such a reform would be a pragmatic way of addressing a pastoral problem, and it has received a boost from none other than Pope Emeritus Benedict XVI, a favorite of conservatives, who allowed some married Anglican clergy to become Catholic priests.

• Three, Francis has framed the celibacy reform as one that should emerge from a local context, which reinforces his goal of decentralizing power and authority in the church. Celibacy could be a useful means of solving a problem while promoting collegiality and the idea of organic change in Catholicism.

“If, hypothetically, Western Catholicism were to review the issue of celibacy, I think it would do so for cultural reasons … not so much as a universal option,” as Francis said in 2010 remarks on the issue, three years before he was pope.

In fact, it is not surprising that the issue came up in discussions between Francis, an Argentine, and a churchman in Brazil because bishops in Latin America, Africa and Asia have often been the most outspoken about the need to consider a change.

Whether the American hierarchy would press the issue is unclear.

Russell Shaw, a former spokesman for the U.S. bishops, said he is leery about any change that does not take into account the views of lay people and “real-life experience that already exists” in churches that have married clergy or in Eastern Rite branches of Catholicism that also allow married priests.

But above all, Shaw, author of a new book on the “uncertain future of Catholicism in America,” warned that “a piecemeal approach — married priests in this country, celibate priests in that one — would cause confusion or worse.”

“There has to be a uniform policy on something like this,” he said. “If the pope thinks the question should be studied, let him ask the bishops’ conferences to study it and then see what they say. Any change in this area would be momentous, so we need to take our time.”