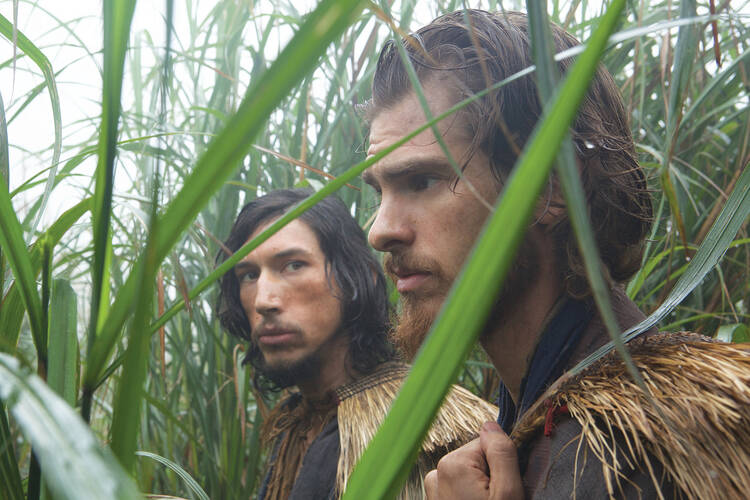 At the beginning of Scandal (1988), Shusaku Endo's most daring novelistic venture into autobiography, the elderly Suguro, Endo's regular stand-in, is being honored in Tokyo for his most recent novel, the culmination of his career. His old friend and literary sparring partner, Kano, rises to salute him with a congratulatory survey of his achievement. As in a Shakespearean comedy of disguises, the ironies multiply in dizzying progression. As Kano alternately chides and praises his friend's obsessive need to square the Christian God with Japanese culture, Suguro remembers the early persecution he suffered at the hands of colleagues like Kano for "trotting out some Westerner's ideas."

Kano's approval of his depiction of sin reminds Suguro of the saintly missionary who sorrowfully asked him: "Why don't you write stories that are nicer, more beautiful?" Try as he might, such stories never came, but the personal price he paid did: "The more he wrote, the more did he become aware of the kind of stench that reeked from deep inside each person." We never find out any more about the celebrated novel that supposedly resolves all these tensions. Instead we are plunged into Suguro's search for the doppelganger whose publicly lewd actions threaten to destroy him in his moment of triumph. Meanwhile, Endo the puppet master remains half-hidden, half-revealed behind the curtain of his fiction.

And so he remains eight years later in death. Recipient of America’s Campion Award in 1990 and hailed by Graham Greene (to whom he paid imitative homage in his masterpiece, Silence) as "one of the finest novelists of our time," immensely popular in Japan and widely translated elsewhere, Endo suffered from being too Japanese to be easily assimilated by the West too Western to win a Nobel prize for Japan. He stands instead as a challenge and indeed as an enigma to both cultures, especially to their religious self-understanding. Baptized at his mother's urging when he was 11, Endo spent the rest of his life struggling with what he described as a "ready-made suit" or "arranged marriage" he could neither adjust to comfortably nor entirely throw off. Out of that struggle he fashioned fictions that ranged back and forth between the early 17th-century Christian persecutions and contemporary Japan, always probing the viability of the Gospel in a Japanese culture he often referred to as a "mud swamp."

Silence (1969), arguably his best and certainly his best known novel, follows the short-lived missionary career of a young Portuguese Jesuit, Sebastian Rodrigues, who comes to Japan filled with zeal but little understanding of self or Japan. Troubled by God's apparent silence in the face of the vicious persecution of the Japanese Christians, Rodrigues soon follows them to prison. There his tormentors are joined by his former Jesuit hero, now an official apostate, Christovao Ferreira, in insisting that Christianity, for all its initial "success," has never taken root in Japan—and never will—because the notion of the supernatural is foreign to the people's mindset. Rodrigues resists this argument but remains tortured by God's silence.

Only gradually does he begin to realize that the real struggle is in his own heart—between an idealized picture of his Lord Jesus (derived from Paolo de la Francesca's magnificent Resurrection fresco) and the Suffering Servant Jesus of the medallion he is required to trample upon in order to free Japanese Christian peasants from horrible torments. As he hesitates he hears clearly for the first time in Japan the voice of Christ: "Trample! Trample! I more than anyone know of the pain in your foot. Trample! It was to be trampled on by men that I was bom into this world. It was to share men's pain that I carried my cross."

Is this just further self-delusion, a convenient rationalization to escape martyrdom? Or is it the beginning of a different and deeper passion that will last the rest of Rodrigues's life as a state employee regularly wheeled out to assist in the dismantling of the Christian mission? Endo's novel leaves that question to the reader, but the pattern of his novels and stories points clearly toward the latter interpretation.

His last novel to appear in English, Deep River (1994), moves the setting to India, but the tourists/pilgrims to the sacred Ganges face the same dilemmas. How to make sense of death and disease and moral failure? How to find happiness in a hapless existence? A former Japanese seminarian and a typically bumbling Endo hero, who was refused ordination because he insisted that "God has many faces and...exists in all religions,'" now spends his life carrying destitute Hindus to the banks of the river so they can die in peace. In the end, he himself dies in violence at the Ganges protecting a foolish picture-taking member of the Japanese group from a mob of angry Hindus, further enraged by the assassination of Indira Gandhi. But the questions his life and his serenity pose for several of the “pilgrims," including a woman who once seduced him, linger on.

It is these questions that constitute the essence of Endo's fiction, just as they do in A Life of Jesus, his one foray into overt theology. Without a profound conviction that "foolish" love lies at the heart of the world, Jesus' life makes no sense. Without an equal conviction that Jesus was victorious over death, the bold preaching of his once timorous disciples does not add up either. These convictions and the puzzling, saintly lives they inspire made it impossible for Endo ever to throw off that ready-made suit, that arranged marriage of his childhood baptism. His ability to give fictional flesh and blood to those struggles over and over again in a long and productive literary career has made him one of the most important Christian novelists of the 20th century.

Note: This article was originally published in November of 1996. 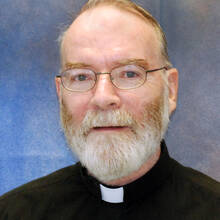