After the Scandals, Cardinals Look to Reform Roman Curia 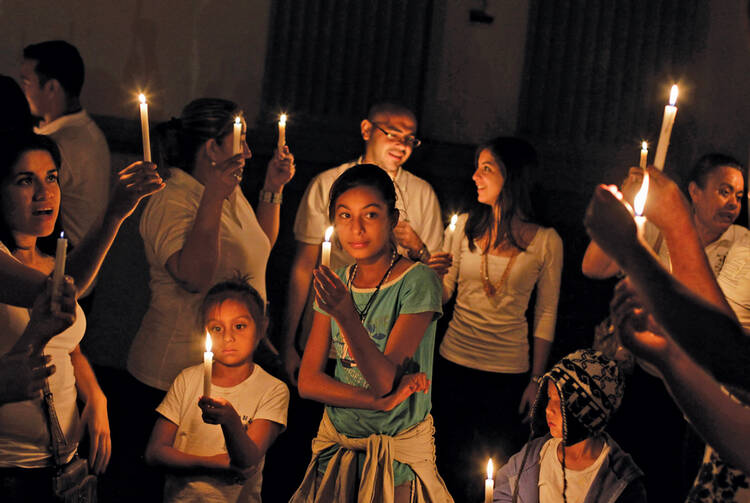 In the wake of the resignation of Cardinal Keith O’Brien of Scotland, the possibly alarming contents of a report of institutional dysfunction in the Roman Curia, as well as “Vatileaks” and other scandals, church leaders around the world say that a reform of the Curia may be in order for the man who will succeed Pope Benedict XVI.

“There is no doubt that today there needs to be renewal in the church, reform in the church and especially of government,” Cardinal Cormac Murphy-O’Connor, former head of the church in England and Wales, told a news conference in London on Feb. 26. He said that the pope’s “own house has to be put in order.”

But according to Cardinal Murphy-O’Connor, many bishops and cardinals believe that the entire church should be reformed by Benedict XVI’s successor, with the pope taking a much less dominant role in the church. “It is not just the pope who rules the church,” he said. “It is the pope with the bishops.”

Archbishop Joseph W. Tobin of the Archdiocese of Indianapolis, Ind., has several years of firsthand experience of working in and with the Curia. He said Vatican reform “is a reasonable priority to have, not so much to avoid scandals but to provide for a government that will help the Holy Father exercise his Petrine service.

“That’s a struggle for a bureaucracy that has been around for the better part of two millennia,” he added.

“As one who used to severely criticize the Curia before I worked there, I was told by one historian that you have to remember the Curia saw the church through world wars and depressions and kept it going, even when there wasn’t a pope,” he said.

Archbishop Tobin served in the Roman Curia as secretary of the Congregation for Institutes of Consecrated Life and Societies of Apostolic Life from 2010 until his appointment to Indianapolis last October. Before that, he often worked closely with the Curia when he was superior general of the Congregation of the Most Holy Redeemer, known as the Redemptorists, from 1997 to 2009.

“My experience is that there’s a lot of goodness in the Roman Curia, a lot of people who are very devout Catholics,” he said. But “there are structures and trends that blunt” its effectiveness.

One of those trends, he said, is the tendency to have Italians dominate the staffs of the various Vatican offices. Although the congregation he served has a Brazilian cardinal as its prefect and formerly Archbishop Tobin himself, an American, as the second in charge, he noted that the majority of its approximately 40 staff members were Italian.

“What I was able to do as a non-Italian was to encourage them to think beyond the [Italian] peninsula,” he said. “If you don’t make an effort to have an international Curia, it’s very easy, and with goodwill, to slide into all the issues of the church and the state in Italy.”

Archbishop Tobin speculated that Pope Benedict may have chosen to resign now, as his own strength is diminishing, to avoid problems with the Curia that occurred in the final years of the pontificate of Blessed John Paul II, when his deteriorating health made it difficult for him to take decisive action in curial affairs.

From AP, CNS, RNS, Staff and other sources
Show Comments (
5
)
Comments are automatically closed two weeks after an article's initial publication. See our comments policy for more.
Richard Borowski
9 years 6 months ago
If I Were Elected Pope, I Would… 1. Declare an end to infallibility Infallibility leads to emphasis on authority which obscures the search for truth. 2. Promote female priests 3. Develop a short course for priesthood for qualified women religious 4. Direct seminaries to prepare for coed students 5. Allow married priests Mankind has advanced since the time of Jesus. The church can too. 6. Create and mandate a discernment program on sexuality for current priests 7. Anonymously collect aggregated data on sexuality of current priests 8. Develop a range of priestly assignments for those sexually at risk With outside professional help, all priests below a certain age should personally determine their sexual tendencies. This data should be kept private by the priest except that it needs to be aggregated anonymously so the church has data about who priests are and why. Priests who are at risk but have not offended should be allowed to request assignments that make their lives easier. 9. Retire more cardinals and create a corps of cardinals more representative of the full body of the church – there should be church leaders who are not elderly men. 10. Institute professional leadership of all Vatican offices that do not deal directly with ministry. Dual priest/professional management with rotation every five years or so. 11. Approve contraception 12. Reduce emphasis on mystery, vestments and trappings 13. Increase emphasis on ending poverty, peace and the environment Make the church relevant to the affairs of today’s world. 14. Develop a church position on world population
James Kane
9 years 6 months ago
Without wishing to offend, I would suggest that while Mr. Borowski's church would no doubt be a great deal more rational, it strikes me that it would not be nearly so much like a church, as Mr. Bingley might have said. Of course the church ought to have positions on poverty, peace, and the environment, but the Holy Mysteries are its raison d'être. Cut back on those and you reduce the Bride of Christ to a large and bureaucratic social service organization.
Bruce Snowden
9 years 6 months ago
Regarding, “After the Scandals Cardinals Look for Reform of the Roman Curia,” in the interests of transparency, I hope the Cardinals in Conclave know about and have read the very depressing account of Curial scandals documented in Fr. Tadeusz Isakowicz-Zaleski’s recent book, “Truth Is All That Matters.” It is stomach-cramping, and numbingly unbelievable, I’d say about seventy-five percent or more, accurate except the part about the Jesuits which I'd say is blatantly false! I read the documentation on a thirty-eight page email by a Fr. Dariuz Oko, Ph.D, where on page one he points out, “any one of us can know with certainty only a part (of the facts) and that part is likely to be partially wrong.” A pretty honest assessment I’d day. I hope the Cardinals take it to heart and clean-up the Curial scandals which like a putrid river has affected the whole Church with its ebb and flow.
John Corr
9 years 6 months ago
It seems to me that one of the most serious problems in the Church today is clerical royalism. In the early Middle Ages, converted European kings made a place for the Church in the feudal system. Churchmen became landowners, figures of authority, sometimes warriors, in short, ecclesiastical counterparts of feudal lords. This is were the ring kissing, titles of extreme courtesy and walking around on egg shells in their royal presence comes from. While much of the world went on to develop democratic institutions subject to accountability, checks and balances, Church administration remained feudal to the present day, inherently dysfunctional with much, too much, Italian influence.
Nicholas Clifford
9 years 6 months ago
This is an extraordinarily depressing article. Where have these cardinals (and others like them) been for the last several years, if not before? Why is it only now (starting with the interregnum) that they finally are willing to realize that something is wrong with the way the Church is governed? Many of us have understood for years, even decades, the need for reform. Even If one looks no further than the sexual scandals, it has been all too apparent that the great question that no one has had the courage to address is whether the Church's structures of governance might have contributed to the scandal. Now, with the resignation of Benedict XVI, the timid heads of Church leaders are beginning to emerge from their foxholes, calling for reform. Why only now? Almost equally depressing is their ganging up on the poor old Curia, as if fixing that problem will now be the solution to everything. Not that the Curia doesn't need reform, but real reform will have to go far more deeply than that. To stop with curial reform is like saying (as the American Church has) that if we make our schools and churches safe for children, we'll have solved the sex problem. That's nonsense. Sex is only part of the problem. The real problem is clericalism, the attitude that only the ordained need be listened to, the attitude that bishops and cardinals are accountable only to their hierarchical superiors, rather than to their lay congregations, to whom they owe nothing. So we must applaud those who now call for reform. Better late than never to take one's head out of the sand, I suppose. But I am afraid that the first chill wind to blow from Rome will shut them all up again, and once again, obedience to the Vatican will take precedence over obedience to the will of the Lord. And once again, the implication will be that the institutions of ecclesiastical governance are divinely ordained, and that to question them is a mark of dissent. I hope I'm wrong. But in 2010 Cardinal Schoenborn of Vienna called for curial reform and was told to mind his own business.