Skip to main content
Signs Of the Times
February 1, 2010 issue 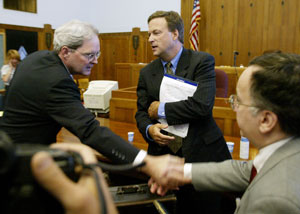 In order to treat accusations against priest of sexual abuse thoroughly, cases should be turned over to the civil justice system, not just to church authorities, said the head of the Vatican’s Congregation for Clergy. Cardinal Claudio Hummes said instances of sexual abuse by priests are “extremely serious and are criminal facts that the church can never tolerate in any way.... One must resolutely pursue [the case] to the very end by also turning to ordinary justice,” he said on Jan. 13. The cardinal was one of several top Vatican officials who attended a lengthy meeting on Dec. 11 with Pope Benedict XVI and Irish church leaders to discuss revelations about sexual abuse by clergy in Ireland. Cardinal Hummes said that what happened in Ireland was “a very painful fact, which certainly hits first and foremost the victims, but it also deeply hurts the heart of the church.”

This article also appeared in print, under the headline “Vatican: Take Abuse Cases to Civilian Courts,” in the February 1, 2010, issue.