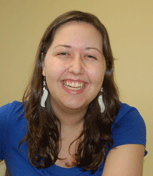 For a few days in the summer of 1988, I was a 6-year-old with a mission: to see the U.S. team compete in the Olympic synchronized swimming competition. It hardly mattered that I knew almost nothing of the sport. I took ballet lessons. I took swimming lessons. I could relate.

A ticket to Seoul, South Korea, where the games were held, was out of the question for a first-grader on a $1-per-week allowance, however, so I happily watched hours of balance beam routines and butterfly strokes while waiting for an appearance by the women who could dance through water.

Then, finally, a promo: Synchronized swimming! Soon! Tonight! I begged my mother to allow me to stay up past my bedtime (which was not unusual), and she agreed (which was). But “soon” has different meanings to a 6-year-old and a television network, and while I strained to keep my eyes open, I fell asleep well before the competition aired.

Four years ago I again found myself sacrificing sleep for the sake of Olympic sports. A ticket to Torino, Italy, where the winter games were held, was out of the question for a first-year editor on a tight budget, so I happily watched hours of ski jumps and bobsled runs from the comfort of my apartment.

The most unusual sports often are my favorites—skeleton, for example, in which athletes careen down an icy track headfirst on a tiny sled. But during the most recent games, it was the video profiles of the athletes that kept me watching: dramatic angles of training sessions; motivational soundtracks; tearful, proud parents; and every story behind the story prefaced by a smooth Bob Costas segue.

True inspiration? Ingenious marketing? It didn’t matter; I was hooked. I cheered for the redheaded U.S. snowboarder Shaun White (the Flying Tomato), hoping to see him land a backside 1080, because I admired how much he valued his family. I cried when I learned that the U.S. speed skater Joey Cheek had donated his $25,000 gold medal bonus to benefit refugee children in Sudan. And though the U.S. cross-country skier Rebecca Dussault finished further back in her event, she was at the top of my list after she told reporters she has the name of the Italian activist and athlete Blessed Pier Giorgio Frassati written on every pair of her skis. I’ve never competed in a death-defying sport, but I, too, am passionate about my family, social justice, my faith. I could relate.

I look forward to seeing more athlete profiles during this month’s Olympic games in Vancouver, Canada. In fact, I sometimes wish I could adapt the format of these videos to help me deal with the smaller annoyances of my everyday life. For example: A man pushes past me on his rush to the subway, spilling coffee on my jacket. Instead of fuming, I could pull out an iPod, pop in some ear buds and watch a well-produced, three-minute clip about this stranger. From the Bob Costas voice-over, I’d learn that this man has worked late and is hurrying to be with a sick family member at home. By the time the train doors opened, I would be rooting for this man, my fellow commuter. Of course, this technology is far from reality, but the idea serves as a reminder to me to stop and reflect on what struggles others might be facing before I react.

I have endured days that feel like the equivalent of careening down an icy track headfirst on a tiny sled, days when it seems all I can do is hold on and hope I get through it. These are the times when I’m especially grateful for those people around me who are willing to take a moment to consider my story with compassion and offer a sympathetic smile that says: I’ve had days like that too. I can relate.

Kerry Weber is an assistant editor of America.

This is wonderfully written, humorous, and thoughtful piece. We can all use a reminder of the importance of stepping out of ourselves and into the shoes of our fellow travelers in life, whether those travelers are on the TV screen or in the subway.