Few would expect to discover highly literate stories of sin and redemption in the irony-laden world of independent rock, where hipster orthodoxies often preclude overtly spiritual or religious themes. A striking exception to this rule is the Brooklyn-based band The Hold Steady, whose lead singer, Boston College alumnus Craig Finn, tackles spiritual subjects with a decidedly Catholic flavor, set to the rebellious, yet familiar strains of classic and punk rock.

Since their 2004 debut, Almost Killed Me, The Hold Steady have fashioned what can perhaps best be described as a literary and musical universe, populated by recurring characters seeking hope and forgiveness amidst their own brokenness and the harsh realities of life at the margins of polite society. Their most recent album, 2006s Boys and Girls in America, with a title borrowed from Jack Kerouac, has garnered extensive critical praise, with many commentators recognizing influences as diverse as Bruce Springsteen and the poet Jim Carroll. Combining a classic sound with literary imaginings perhaps more at home in a Flannery OConnor story, The Hold Steady are a bold new voice on the rock scene, providing much-needed spiritual depth and sophistication to an audience hungry for more than the latest musical fashion.

I spoke recently with Craig Finn, as he traveled back to Boston College for the first time since he graduated in 1993 to give a master class sponsored by Boston College Magazine. Finn spoke fondly of his time as a communications major at BC, particularly noting the positive influence that his Jesuit professors had on his intellectual formation. He joked that he quickly realized that he got more bang for the buck by choosing classes taught by Jesuits, as he would learn about philosophy and religion (and even Latin) even in the context of a seemingly unrelated discipline. Although Finn does not currently consider himself a practicing Catholic, the grand themes of the faith stuck with him, especially the possibility of forgiveness and redemption in human life, despite the realities of personal and social sinfulness. Finn notes that there is something there in Catholicism, a lot of beauty, and something that is truly positive, despite the recent travails of the American church. It is precisely the positive dimensions of Catholicism, as Finn see them, that he incorporates so provocatively into his lyrics.

I asked Finn which of his songs most distinctly captured these spiritual sensibilities that he weaves throughout all three of The Hold Steadys albums (with a fourth on the way). He replied unequivocally that the song Citrus from Boys and Girls in America best encapsulates whatever message that he hopes his lyrics convey. A spare, largely acoustic song (in contrast to the big rock riffs that are the norm in most Hold Steady numbers), Citrus is told in the first-person, with deeply confessional language filled with a sense of spiritual longing: I feel Jesus in the clumsiness of young and awkward lovers / I feel Judas in the long odds of the rackets on the corners. Even this brief quotation embodies several of Finns major themes, including the experience of God amidst the gritty and dangerous life of the streets, where savior figures mingle with those Judases only looking to betray us. Citrus also includes references to the use/abuse of alcohol, but as in most of his songs, Finn is no simple moralizer. Indeed, the songs narrator finds hope in the souls that bars and taverns bring together, alluding to the transcendence that plays at the margins of our most humble social experiences (there is also something distinctly Irish-American in Finns barroom romanticism). Ultimately, however, Citrus is about a longing for love and authenticity in a world in short supply of both. The songs final line leaves the listener on a decidedly ambiguous note: Lost in fog and love and faithless fear / Ive had kisses that make Judas seem sincere.

Finns lyrics are reminiscent of what theologian David Tracy has famously dubbed the analogical imagination, that traditionally Catholic genius for envisioning reality not as a sharp dichotomy between the human and the divine, the sacred and the profane, but rather as an intimately intertwined combination of the two. While Finn and The Hold Steady may not specifically intend such a theological worldview, the bands grappling with the transcendent possibilities of human experience directly relates them to other Catholic artists (practicing or not) such as Martin Scorsese and Jack Kerouac, who similarly have found a kind of Catholic poetry in tales of the down-and-out and the marginalized, making their theology implicit through art and imagination.

Boys and Girls in America takes its title from a line of Kerouacs in On the Road, and Finn quotes it in the opening verse of the track Stuck Between Stations: Boys and girls in America have such a sad time together, a line that speaks to yet another of Finns favorite themes, the desire, often unrealized, for spiritual fulfillment in chaotic romantic relationships. When I asked Finn about what attracted him to Kerouac, he mentioned the Beat authors Catholic background, and the more traditional aspects of this famously rebellious writers history, which included a lifelong, though fractious, relationship to the church. Finn contrasted Kerouac to another famous Beat author, Alan Ginsberg, with whom Finn feels little affinity, finding much more resonance in Kerouacs everyman persona, the type of person who watched football while still producing some of the most important literature of his generation. Like Kerouac, Finn populates his work with characters seeking to break through their mundane, painful reality, taking wrong turns through drugs and aimless wandering, hoping, if only implicitly, for an encounter with God.

Nowhere is Finns preoccupation with finding God in the darkest recesses of society more evident than in The Hold Steadys dark and brilliant second album, 2005s Separation Sunday. A song cycle that Finn describes as a prodigal son story (with the twist that the protagonist is a young woman), the album chronicles the life of a runaway named Holly (short for Hallelujah) as she makes a kind of pilgrims progress from the homeless encampments along the Mississippi River in Minneapolis, to drug-fueled parties and hospital detox wards. Along the way, she encounters a kaleidoscope of broken humanity united only by a mysterious search for the holy, even if that manifests itself largely in the dead-ends of sex and drugs. (Listen to "Your Little Hoodrat Friend" from Separation Sunday.) The album concludes with the magnificent How a Resurrection Really Feels, in which Holly, inspired in a moment of transformation, wanders into a church and speaks directly to the parish priest: Father, can I tell your congregation how a resurrection really feels? Holly is saved at the very moment that alcoholics refer to as bottoming out, the time when she has nothing left to lose, and therefore gains everything. Hollys character could easily be torn from the pages of Dostoevsky, as she is a type of holy fool, finding redemption while the rest of society turns away in disgust and incomprehension.

Likewise, Finn envisions his work in a rock band as an exercise in holy foolishness. He sees his role as the lead singer of The Hold Steady as analogous to a street preacher, the guy on the corner trying to save people. In this sense, Finns lyrics become virtually homiletic, testifying to the inherent dignity of the drug-addled and the dispossessed. And like any good street preacher, Finn is not solely concerned with the possibility of individual redemption. Rather, there is an implicit social commentary in Finns lyrics that contextualizes his characters not so much as outcasts, but as direct reflections of Americas spiritual disquiet. They are perhaps living embodiments of William Carlos Williams line that the pure products of America go crazy. For Finn, however, this American mania somewhat unexpectedly leaves room for hope and redemption.

In Separation Sunday, Holly finds redemption in and through the community of transients that become a kind of surrogate family, and it is no surprise that Finn finds the community-building aspects of The Hold Steady to be one of his greatest joys. Finn spoke of the community of fans that has formed around the band, remarking that people from all over the world have gotten together because of their shared love of The Hold Steadys music. In this sense, the band itself brings together the kind of unlikely community that Finn writes about in his lyrics, a coming together that turns their concert venues into a kind of church, as was the case at a Hold Steady concert that I attended in late 2006 at San Franciscos Great American Music Hall. During the bands encore, Finn and the other band members pulled people up on stage from the audience, until the stage was full and the distinction between artist and audience disappeared. It was only a moment, but it richly encapsulated the spirit of a band that finds the coming together of people around something they love to be something deeply spiritual.

Hope and redemption. Community and love. Seeking and finding. These are as The Hold Steadys central themes. Perhaps this rootedness in what is enduring explains The bands sound, which eschews trends and innovation in favor of something that Finn describes as timeless. And the journey continues: according to their MySpace page, The Hold Steady entered the studio on January 7th to begin recording their fourth album. As fans of the band wait for the next installment of what is proving to be one of the most interesting bodies of work in the world of indie rock, now is a good opportunity for those who have yet to hear the band to do some catching up. For anyone interested in art that broadly falls under the category of Catholic imagination, there is little in the rock genre to match what Craig Finn and The Hold Steady have accomplished in their three masterful albums. If the bands growing popularity is any indicator, Catholic themes are a long way from going out of style. 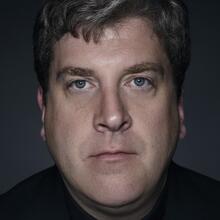 Sean Dempsey, S.J. Sean Dempsey, S.J., is a Jesuit scholastic from the California Province. He has an M.A. in American Studies, and is currently studying for an M.Div. degree at the Jesuit School of Theology at Berkeley.
Show Comments (
3
)
Comments are automatically closed two weeks after an article's initial publication. See our comments policy for more.
14 years ago
Thanks Sean - I just downloaded a few of their songs from i-tunes and they are brilliant. Peace...
14 years ago
Sean Dempsey is doing what all thinking Catholics should do. Critically bridging faith and culture. Well Done.
13 years 5 months ago
this is heartening news=./i have a singing and picking son with a catholic high school education. my dad helped me to see that thats what I need to face the day. thisdownloading will be upliftingAnother fresh new band is( what laura says]these kids are saved.thank you and God bless