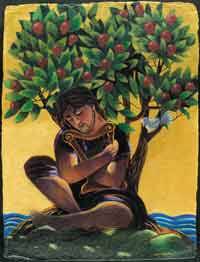 In its notification on two works by Jon Sobrino, S.J., the Congregation for the Doctrine of the Faith recalls and re-affirms some utterly basic Christian teachings about Jesus Christ—above all, that Jesus was truly divine and fully human. Such doctrines, embodied in the Nicene-Constantinopolitan Creed of A.D. 381, which is accepted by all Christian communities, require a firm assent from any Catholic theologian worthy of the name.

There are, however, several particular positions adopted by the notification that seem less than convincing and have puzzled commentators. Let me give three examples, two of them theological and one of them biblical.

First, the notification takes up a point of theology that might seem somewhat arcane but does, nevertheless, lie at the heart of the teaching of the Councils of Ephesus (A.D. 431) and Chalcedon (A.D. 451). This is the communicatio idiomatum, or exchange of properties (No. 6). By describing the exchange of properties as “the possibility of referring the properties of divinity to humanity and vice versa,” the notification could be misleading. It gives the impression that we would, for example, be justified in attributing to the divine nature of Christ the property of mortality and to the human nature of Christ the property of omnipotence. The meaning of the exchange of properties is entirely different. We can name the person of Christ with reference to one nature (“the Son of God”) and attribute to his person some property due to the other nature (“died on the cross”). Such attribution justifies the language of Christmas carols, for example, in which the Christ Child is described as “the creator of the sun and stars.” This language names the person in reference to one nature (his humanity) and attributes to his person a property (the power to create) that belongs to his other nature (his divinity). The communicatio idiomatum is not an optional extra or a game to be played by theologians alone. It essentially serves to defend the unity of Christ (at the level of his person) and his duality (at the level of his two distinct but not separated natures). One may not gloss over the fact that attributions are attached to the person of Christ and go on to describe the communicatio idiomatum as a matter of “referring the properties of the divinity to the humanity and vice versa” (of the humanity to the divinity).

Second, the section where the notification deals with the self-consciousness of Jesus seems less than clear about the position that it intends to maintain (No. 8). On the one hand, it expounds “the filial and messianic consciousness of Jesus” and “his intimate and immediate knowledge” of the Father—a doctrine that is well supported by the Gospels and by the theology of Karl Rahner (which this section echoes in passing). On the other hand, the section appears to advocate a return to the view of St. Thomas Aquinas—namely, that from the very first moment of his human conception, Jesus enjoyed in his earthly mind the beatific vision. This view was not included in the 1992 Catechism of the Catholic Church. It had already been dropped by the majority of theologians and biblical scholars. Aquinas’s view does not appear in several documents issued during the 1970s and 1980s by the International Theological Commission and the Pontifical Biblical Commission. These texts assemble the information that can be gleaned from the Gospels about Christ’s consciousness of his personal identity and redemptive mission. These highly relevant documents from two official commissions fail to make an appearance in the notification. To be sure, Aquinas’s view of the beatific vision as experienced by the human mind of Christ was endorsed in passing by a 1943 encyclical of Pope Pius XII, Mystici Corporis. But that encyclical was primarily concerned with the doctrine of the church. It certainly did not intend to determine once and for all a position on the consciousness of Christ inherited from Aquinas.

Does the Congregation for the Doctrine of the Faith ask Father Sobrino and other theologians to agree with the already widely accepted position that Jesus, during his earthly life and in his human mind, enjoyed a unique, intimate knowledge of the Father and consciousness of his personal identity and saving mission? Or does the C.D.F. require a return to the view that from the very first moment of his conception, Jesus enjoyed in his human mind the vision of God enjoyed by the saints in heaven—a view that would rule out the possibility of recognizing the perfect faith exercised by Jesus during his earthly pilgrimage (see Hebrews 12:2)?

Third, apropos of the redemptive value of the crucifixion and resurrection, the notification rightly wishes to establish the significance that the earthly Jesus ascribed to his coming death (No. 9). It appeals to relevant texts from the narratives of the Last Supper in support of this conclusion. But the notification also cites Mark 10:45: “The Son of Man did not come to be served but to serve, and to give his life as a ransom for many.” Many mainstream scholars agree that the first part of this saying goes back to the words of Jesus. Few, however, maintain that “giving his life as a ransom for many” derives directly from Jesus himself. These words appear, rather, to be a formulation stemming from the Evangelist Mark or his sources in the church tradition; they express, of course, a perfectly justified theological interpretation of the significance of Jesus’ violent death.

With reference to Isaiah 53, the notification holds that “Jesus himself explained the meaning of his life and death in the light of God’s suffering Servant” (No. 10). Beyond question, the New Testament authors frequently echoed or cited this fourth and final “Song of the Servant.” But many reputable scholars hold the view that Jesus himself did not necessarily have in mind this remarkable Old Testament passage when he recognized the saving value of his own passion and death. It was one thing for Jesus to indicate the redemptive and expiatory value of his imminent death.

It was another for him to do so precisely in terms of Isaiah 53. There are some biblical scholars who do hold this view, but one cannot say that there is a consensus among mainstream biblical experts that Jesus explicitly invoked Isaiah 53.

In sum: With the basic concerns that lie behind the C.D.F.’s notification there can or should be no argument. Jesus was truly divine and fully human. But there is clearly room for some respectful quibbles over the description offered of the “exchange of properties” (communicatio idiomatum), the proposed return to a “maximalist” view of St. Thomas Aquinas on the human consciousness of Jesus and the use of Isaiah 53 to support a thoroughly justified position on the saving intentions of Jesus.

Gerald O’Collins, S.J., taught for 33 years at the Pontifical Gregorian University (Rome) and is currently a research professor at St. Mary’s University College in Twickenham, England. He is the author or co-author of 47 bo