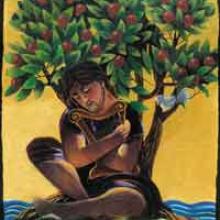 A Challenge for Theologians: Three puzzling positions
Gerald OCollinsSeptember 17, 2007
In its notification on two works by Jon Sobrino, S.J., the Congregation for the Doctrine of the Faith recalls and re-affirms some utterly basic Christian teachings about Jesus Christ—above all, that Jesus was truly divine and fully human. Such doctrines, embodied in the Nicene-Constantinopolit

The Council at 40
Gerald OCollinsDecember 05, 2005
From its opening session in October 1962 until its close 40 years ago in December 1965, the Second Vatican Council held millions of Catholics and others riveted. Pope John XXIII, who convoked the council only 90 days after he was elected, hoped that it would update the Catholic Church, renew it spir

The Second Adam
Gerald OCollinsApril 12, 2004
The paintings on the walls of the Brancacci Chapel in Florence show Masaccio (1401-28) at his artistic and spiritual best—not least in the way he links Adam and Eve with Christ. Driven from the Garden of Eden, our first parents are in despair. Weeping and weighed down with terrible pain and lo
Books
Sensational Secrets
Gerald OCollinsDecember 15, 2003
Dan Brown rsquo s The Da Vinci Code is a fast-paced well-plotted murder mystery that takes the reader through the Louvre a long night of murders and a police chase out of Paris to a wet morning in London There the identity of the evil ldquo Teacher rdquo who masterminded the killings is reveale 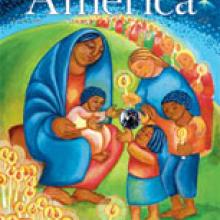 Christmas: A Feast of Love
Gerald OCollinsDecember 24, 2001
A friend of mine who teaches homiletics recently examined and compared dozens of Christmas sermons published by seven major 20th-century theologians. She was happy to report that the divine love figured prominently in those sermons. The seven theologians all converged in proclaiming that the birth o