Skip to main content
Of Many Things
September 10, 2007 issue 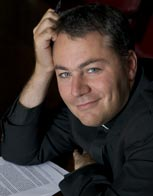 Being from Chicago, I have a weakness, a flaw really, for casting aspersions upon the Green Bay Packers, a football team from rural Wisconsin whose quarterback is so old they may need to provide him with a walker and an oxygen tent. Some-times I don’t even realize I’m doing it.

I know relatively little, however, about the game of football itself. I’m sure if I were asked to play I would throw even more interceptions than he does.

So last year when someone invited me to the Giants/Bears game at Giants Stadium inNew Jersey, I felt excited; but with no Packers to taunt—“Peter Favre could throw better than you!”—I was out of my element.

As play began, my host instructed me to keep my eyes on the center. We tend to watch the quarterback, he explained, because the action unfolds around him. But the movement of the center tells you what the play is. If he moves to the left or right, he’s blocking to create a hole—it’s a running play. If he stands his ground, he’s defending the quarterback—it’s probably a passing play.

A very small detail. But I had to admit, the more I kept my eyes on the center, the more the strategy behind the action emerged.

Not long after that game, I realized I had been taught in school a very similar lesson about the church. As in football, every theological argument, every statement of the church, every reform of practice has a play it’s trying to make, a position it’s trying to assert. And if you want to see where that play is headed, pay attention to how it talks about doctrine.

“Doctrine”—it’s one of those terms just clear enough to make it seem like you don’t need to explain it, and fuzzy enough that it can mean whatever you want it to mean. Like “the church” or “war on terror.” It certainly refers to the Nicene Creed, our confession of what we believe. But it also can include, and is sometimes used interchangeably with, “the tradition,” which itself can refer to the entire body of Christian thought and practice, or selections from that body.

Some approach doctrine like a sculpture, shaped in the early days of the church and then sealed into a final form that the subsequent teaching of the church explains. One’s responsibility is to be faithful to that tradition, “to teach what has always been taught.” We do not change; we do not develop. We clarify. To do otherwise is to mistake doctrine for still-soft clay and risk destroying the essential: We gave you Michaelangelo’s “David,” and you turned it into Groucho Marx.

Others look at doctrine like a play by William Shakespeare, a text whose language and story allows, even demands, a variety of interpretations. Just as the life of Jesus allowed for four Gospels, our understanding of creedal terms like “the Father,” “one in being with” and “the resurrection of the dead” develops, as new generations come to them with new questions and insights. The practices and presentations of the faith that result can be as different from one another as St. Peter’s approach was from St. Paul’s.

Interpretation, however, does not allow room for everything. One would be hard pressed to create a satisfactory version of “Romeo and Juliet” in which, instead of killing herself, Juliet just “feels real bad” about the whole thing. Or can one imagine a Hamlet unfamiliar with angst?

So, too, theologians’ ideas are limited and critiqued by the Creed itself and by the tradition (however they conceive of it). People may argue whether “truly human” allows for the possibility that Jesus was ever tempted to sin. Say he looked human but had the mind of God, and you’ve gone too far.

Today authorities draw the English-speaking church “back” to a more literal translation of the Latin text, while liturgists wonder what the heck is a “gibbet”? Scripture passages used to justify church teaching are deemed by others the result not of inspiration but of historical accident. And scholars continue to debate whether the Second Vatican Council represented a significant development—that is, change—in church teachings, or was in continuity with all that had come before.

In many ways, these debates come down to that one issue: change or continuity. Does the speaker believe that doctrine develops over time—or must it remain as constant as the Packers’ poor chances of a playoff berth? It is a useful signal to pay attention to. Much as in football, how one begins has a lot to do with where one ends up.

Show Comments (
2
)
Comments are automatically closed two weeks after an article's initial publication. See our comments policy for more.
STANLEY STOGA MR
12 years 7 months ago
I enjoyed reading Fr. Jim McDermott's erudite and insightful piece on church doctrine in the September 10 issue, despite his animosity toward one of pro sports' most sacred institutions, the Green Bay Packers. Fr. Jim's admission that doctrinal issues are slippery and elusive things recalls the numerous fumbles that Rex Grossman, the Chicago Bears' quarterback, has been guilty of in the preseason games he and the Bears have managed to muddle through. Here's hoping we can all get a firmer grasp of the issue, whether it's interpreting church doctrine or hanging onto a football. By the way, I'm looking forward to Fr. Jim's take on the New Orleans Saints and the "dark night of the soul."
Thomas Farrelly
12 years 7 months ago
"Today authorities draw the English-speaking church “back” to a more literal translation of the Latin text..." (of the Nicene Creed). I believe the text was Greek. As was that of the New Testament, and it's time this was used as the basis for new translations.
Advertisement

This article also appeared in print, under the headline “Of Many Things,” in the September 10, 2007, issue.