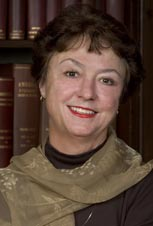 A literary war erupted some months ago. Dubbed the battle of the book reviews, it pits book critics of print against electronic media/bloggers in a virtual slugfest. The issue is as much the quality of book reviews as space and quantity. That I have to report on it is a sad commentary about print media coverageof works not only by well-known writers but by lesser known, upcoming writers, about whom readers would know little were it not for the occasional nod by a columnist who pays attention to what the small presses are up to.

Newspaper priorities have shifted markedly. The book section, simply put, does not generate revenue. So some papers have begun scaling back on coverage, shrinking and in some cases eliminating it altogether. In apportioning space for book news, as opposed, say, to sensational features, there will always be disparity. But at what cost? At a time when we should be promoting cultural literacy, this trend of shunning books and readers is all the more disturbing.

Since reviewers pay scales (in the general press) often vary, that influences print coverage to some extent. Ditto for independent literary journals. As for America, our book section, which covers both general-interest and religious categories, introduces our readers to about 200 book titles each year.

When The Atlanta Journal-Constitution recently eliminated its book review editor, shouts of protest arose from the National Book Critics Circle. Recent cutbacks have occurred at other national newspapers as well, including The Los Angeles Times, The Raleigh News and Observer and The Chicago Tribune. This shrinking coverage gives opportunity to bloggers and online reviewers to pick up the slack. And they do.

Michael Dirda, a Pulitzer Prize-winning book critic for The Washington Post commented in April on N.B.C.C.s Web site: If you were an author, would you want your book reviewed in The Washington Post and the New York Review of Books, or on a website written by someone who uses the moniker NovelGobbler or Biogafriend? While that remark is a bit over the top, literary critics would agree with Dirdas overall assessment of the book review section as the forum where new titles are taken seriously as works of art and argument.

Last year, more than 125,000 new books were born (and this year it is higher). But only a small fraction of them receive attention. Newspapers that have not eliminated reviews altogether have merged them into other sections of the paper (such as an opinion page) or moved them to another day. The Chicago Tribune, for example, is publishing its book reviews in the Saturday editionso they now reach even fewer readers. The publishing industrys major venues for book coverage include Publishers Weekly, Kirkus Reviews, Booklist and Library Journal, the first two of which collectively review close to 10,000 adult and childrens books a year. Unfortunately, these trade magazines are unavailable to most general readers and consumers.

In working through a shifting landscape of diverse and evolving outlets, conversation is vital. If the shared goal is one of service to readers (as it should be) provided by qualified reviewers, the reviewers and literary critics must remain committed. Serious readers will not usually be wooed by a handful of gossipy, self-serving book commentators.

No one denies the Internet is here to stay, and members of the N.B.C.C. applaud the electronic opportunities for intelligent dialogue. The editor of Library Journal, Francine Fialkoff, noted in Critical Mass this spring that the venues for discussion may be changing, but the need for them all remains. Whatever the outcome at the Atlanta-Journal Constitution and elsewhere, she concludes, the N.B.C.C. campaign to save book sections in newspapers is a win-win for us all.

Still, we as a nation and especially we print journalists and editors have a moral obligation to foster literacy and promote intelligent reading. Maybe the battle of the books should be a unified rally of this nations readers, writers, publishers and literatia peoples campaign, so to speak.