The Organ Procurement and Transplant Network estimates that there are currently more than 89,000 potential organ candidates on waiting lists. In the past decade, the number of persons nationwide waiting for kidneys has more than doubled to at least 65,500 and could reach 100,000 by 2010. This growing number is being driven by older patients between 50 and 65 years old. Depending on geographic location, the average wait is from three to nine years.

The United Network for Organ Sharing (UNOS), which oversees transplantation for the federal government, calculates that every day 17 people die while waiting for a vital organ. Living kidney donations represent 94 percent of all living donations. Organ donation between living persons has now surpassed that of donations from deceased persons; adults account for 95 percent of transplants using kidneys from cadavers.

While riding his Harley-Davidson motorcycle in 2002, 30-year-old Shawn Stringfellow drove off an interstate highway near Denver, Colo., and struck a construction barrel. The next day he was declared brain dead, while life support kept his heart beating. With his family’s consent, calls went out to transplant centers that Stringfellow’s two kidneys were available.

Clois Guthrie, an 85-year-old patient, was third on the regional organ waiting list for a kidney transplant. In light of his overall health condition, he likely had only a few more years to live. Two younger candidates were first and second on the list. One nephrologist on the transplant team argued that the kidneys could last decades if given to a younger patient. Another team member claimed that it is unethical to give a young kidney to an 85-year-old patient. Guthrie was then removed from the waiting list.

The allocation of a scarce resource is a moral issue. UNOS already has given patients younger than 18 an advantage by moving them to the front of the line for high-quality organs from donors younger than 35. In 2007 the U.S. Health Resources and Services Administration is expected to consider a national policy on the allocation of available organs for transplantation. While patients older than 79 would no longer be accepted, patients 70 to 79 would be considered for subpar organs from living donors, usually relatives.

In another case, Herbert Davis, a 65-year-old physicist from Menlo Park, Calif., needed a new kidney. He had lived with damaged kidneys for decades as a result of a childhood infection. After four years of dialysis, he received his first kidney transplant in 1995. This transplanted kidney failed nine years later. His wife was not a compatible kidney match and sent an emotional letter to 140 friends and relatives pleading for a donation. One of them knew Matt Thompson.

Matt Thompson read the letter and felt that the plea was addressed to him. “I felt that God was compelling me to help out,” he said. Thompson is a born-again Christian and has done missionary work in Brazil. He is married and has an infant daughter. Davis and Thompson had never met nor did they know each other. When Thompson contacted Davis’s transplant program, he was turned down flat. He was not permitted to donate an organ to a stranger because of the medical risks involved. This is a regulation in many U.S. transplantation programs. Hospitals also worry that a donation from a stranger may involve undisclosed financial incentives.

Davis and Thompson then forged a friendship around the kidney transplant, however, and the situation changed. The hospital relented. “We started off as strangers, we moved to friends, and after the surgery, we’re now a family,” Thompson explained. The surgery successfully took place on November 14, 2006, at the University of California Medical Center, San Francisco.

In this case, the moral issue was rooted in medicine’s “do no harm” principle that requires physicians to justify performing risky surgery on a healthy donor. Noted bioethicist Arthur Caplan has explained that principle: “The closer the relationship, the more medicine feels comfortable saying, ‘We’ll subject you to risk.’” He argues that there is a scientific consensus that “ethically, you don’t force relationships.”

At California Pacific Medical Center, surgeons evaluate “relationship” on a case-by-case basis using the criterion that “there is no sliding scale of friendship.” It is critical to ensure that donors have the right motives and are not being coerced. At the University of California, Davis transplant program, strangers are allowed to donate but must do so anonymously for the patients most in need.

These two cases raise significant ethical issues. Should the presumption for an organ transplant be that younger people are always to be preferred since organs are too often squandered on the old? And should donors be limited to family or close friends?

While organ or tissue transplantation from a dead to a living person presents no moral problem in itself, four other issues are relevant: the expense involved in the medical procedure, assurance of the total brain death of the donor, attaining proper consent and assuring the appropriate separation between the physicians who make the donation medically possible and those who belong to and participate in the transplantation team. This avoids a conflict of interest—for example, if a doctor were on the transplant team and at the same time were the patient’s doctor, he/she could hasten death to make the organ more quickly available.

Before 1950, Catholic moralists argued that living organ transplantation was unethical because it necessarily involved harming and injuring a person’s body. The principle of totality forbids mutilation. In 1956, Gerald Kelly, S.J., suggested a different way of viewing organ donations when he wrote that “by a sort of instinctive judgment...the giving of a part of one’s body to help a sick man is not only morally justifiable, but, in some instances, actually heroic.” He limited his moral reasoning justifying organ transplantation to “the principle of fraternal love or charity,” provided that there was only limited harm to the donor.

These moral judgments for both living and deceased organ donations found their way into papal approval.

• In 1995, John Paul II declared in his encyclical The Gospel of Life that our daily life “should be filled with self-giving love for others. A particularly praiseworthy example is the donation of organs, performed in an ethically acceptable manner, with a view to offering a chance of health and even of life itself to the sick who sometimes have no other hope” (no. 86).

• In an “Address to the International Congress of Transplantation,” in 2000, the pope described the practice of organ donation as “a genuine act of love.”

• The Catechism of the Catholic Church (1992) identifies organ donation as a concrete sign of solidarity with other members of the human community (no. 2301).

• The Ethical and Religious Directives for Catholic Health Care Services (2001) notes that “Catholic health care institutions should encourage and provide the means whereby those who wish to do so may arrange for the donation of their organs and bodily tissue” (No. 63).

In light of this Catholic tradition, the two cases summarized above suggest certain challenges and guidelines. Since there will always be a shortage of suitable organs and tissues for transplant, the current system of obtaining organs and allotting them must be more carefully defined. The overall health benefit to the candidate needs to be a significant factor in allotments.

Charity and human solidarity must be the motivating factors that justify organ transplantation. While the sale of organs by living donors is common practice in some countries, it is always unethical and should be made illegal. Human solidarity must be considered when evaluating the relationship between the candidate and the donor.

The Internet has vastly expanded opportunities to link donors with patients by way of e-mail pleas or urgent postings on craigslist.org or other sites (like www.matchingdonors.com). Behind the sale of organs is the poverty of the individual willing to sell, not to mention the financial interest of any middlemen involved in transacting the sale. Organ transplantation for sale, however, is ethically wrong. In the United States it is illegal to receive payment for a donated organ. A “free market” for the buying and selling of organs radically subverts the basic motives of charity and human solidarity.

Total brain death must be maintained as a criterion before organ transplantation is ethical. In the case of an anencephalic infant, for instance, it is not permissible to remove organs because the child’s cerebral cortex has not developed. Yet the absence of the higher brain does not alone constitute death. At the same time, it is permissible to place an adult or infant on a respirator to ensure that blood will continue permeating the organs so that they could be suitable for transplant after clinical signs have certified that total brain death has occurred.

In sum, the following ethical norms should inform organ transplantations:

1. A patient’s general health condition and age should be a consideration.

2. Unless the donation is anonymous, some level of authentic connection must be present between the donor and the patient.

3. Such a level of connection establishes a reason to justify proportionately the risk to the donor.

4. The functional integrity of a donor must never be impaired, even though the donor’s anatomical integrity is compromised.

5. Stewardship of one’s body demands that we have a serious reason for harming the health and anatomical integrity of our body.

6. Fraternal love must justify all organ transplantations. This principle negates any monetary gain. Selling one’s organs is intrinsically reprehensible. “Cash for flesh” must never be tolerated.

7. The donor’s consent must be fully informed and freely given. 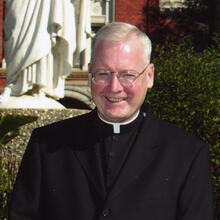 Gerald D. Coleman, S.S., is the vice president for corporate ethics for the Daughters of Charity Health System of the West and a lecturer in moral theology at Santa Clara University.