Skip to main content
Of Many Things
August 13, 2012 issue 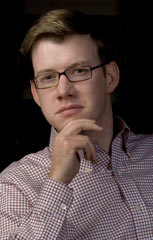 Summer weekends afford me a rare pleasure: long afternoons uninterrupted by chores or errands. You can find me at the Jersey Shore, where my family and I have vacationed since I was the same age as my daughter, who is now 3. It is one of the few places where I can let the hours tick away unnoticed. It is also the best place for me to read.

I can mark my summers by the books I have read and the authors I have come to know. One summer was spent with the Swedish crime writer Henning Menkel and his world-weary detective, Kurt Wallander. Another summer found me in the company of Jack Aubrey and Stephen Maturin, the heroes of Patrick O’Brian’s series of novels on the British Navy. This summer I am exploring the work of three women writers, two already known to me, one a new discovery.

It is not really accurate to call Gillian Flynn a discovery, since her latest novel, Gone Girl, sits atop the New York Times bestseller list. But she was new to me when I started my way through her novels. As with many writers, I began at the end, starting with her newest book. You could describe Gone Girl as a crime novel, but I think a more precise term is needed to capture the originality of the story. Maybe “marriage noir.” Told from the alternating perspectives of a husband and wife, the novel begins as a disappearance story but develops into a disturbing tale of betrayal and murder. And the first casualty is the reader. Consider yourself warned.

The title of Flynn’s second novel, Dark Places, could sum up her entire body of work. The narrator is Libby Day, the lone survivor of a massacre that killed her mother and two sisters. Her brother, Ben, was arrested for the crime, but 25 years later a group of amateur detectives contact her for help. They are convinced he is not guilty. In summary the book sounds unremittingly, well, dark, but what separates it from pure pulp is the sharp portrayal of its characters. Flynn has a talent for writing about damaged young women who somehow survive with their dignity and humor intact. They may need a drink or two to do it, but can you blame them?

Flynn comes recommended by another doyenne of the crime genre, Tana French. I raced through French’s books a few years ago after discovering the stunning Faithful Place. Her stories are set in Ireland and, in a neat trick, a supporting character from one novel becomes the protagonist in the next.

It is clear by now that I enjoy mysteries, but I am picky about which I choose to read. I look for one element that elevates it above the genre. In French’s books it is the writing: sharp-edged and free of clichés. One character drinks enough “to kill Peter O’Toole.”

French’s latest, Broken Harbor, is a detective story set against the backdrop of Ireland’s housing crisis. It is already downloaded to my Kindle.

For something completely different, I have my eye on Hilary Mantel’s Bring Up the Bodies, the second in a planned trilogy featuring Thomas Cromwell, the infamous adviser to King Henry VIII. The first installment, Wolf Hall, brought Cromwell out of the shadows of the royal court and made him the hero of his own story. The novel found its rhythm in the relationship between Cromwell and Thomas More, a contest made famous in the play and film “A Man for All Seasons.” For a Catholic raised on that classic, it was shocking to see More rendered as a prim idealogue with a taste for torturing heretics. But that is the genius of Wolf Hall. Mantel conducts a rich symphony around a reviled figure in English history and, in the process, forces the reader to reassess historical assumptions.

A summer afternoon spent with Thomas Cromwell—how unlikely does that sound?

Show Comments (
1
)
Comments are automatically closed two weeks after an article's initial publication. See our comments policy for more.
Mary Keane
7 years 7 months ago
Thank you for serving as a reminder that there are other ways to occupy one's fleeting summer days than grousing about either politics or religion!
Advertisement

This article also appeared in print, under the headline “Of Many Things,” in the August 13, 2012, issue.