Skip to main content
Of Many Things
March 5, 2012 issue 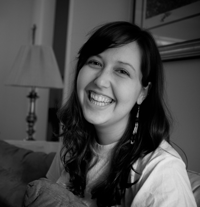 This is my favorite painting in the entire Metropolitan Museum of Art,” my friend Lauren tells me, directing my attention to an image on the wall of the museum’s Renaissance gallery. She is pointing to “Portrait of a Young Man,” an early 16th-century oil on wood by Bronzino. In it a young, pale man stands with one hand on his hip. His elbow, draped in what the catalogue entry calls “fashionably slashed sleeves,” juts out toward the viewer. His other hand rests on a book, one finger between the pages, a temporary placeholder. His expression seems to denote a mix of both inner calm and barely masked annoyance, and I feel as though he’s about to scold me for interrupting a quiet moment.

Lauren has offered to teach me more about art because I’ve been helping her to explore Catholicism. Religious art, in part, helped pique her interest in the church, so I’d imagined that she might direct my attention to any one of the dozens of images of Christ or the Blessed Mother, but here we are in front of a pale, seemingly haughty man. I’m grateful to have Lauren as a guide, because without her, I likely would have passed this painting without notice on my way to more famous attractions, like the grand and newly restored “Washington Crossing the Delaware” or the majestic Temple of Dendur, an ancient sandstone structure from Egypt. Plus, Lauren is a skilled artist with an M.F.A., while I gleaned most of my early knowledge of the Met from a “Sesame Street” movie called “Don’t Eat the Pictures.” It seemed only reasonable to give her the benefit of the doubt.

She points out Bronzino’s skillful rendering of the man’s elbow, the way his hand falls partly in shadow. It’s fascinating, she says, to think about the use of light and dark in the painting and how it affects the way the artist depicts the painstaking detail of the knuckles of one hand, his lips and one eye, while the subject’s thumb and ear lose some of their form and appear grey, almost blurred. Lauren explains that artists striving for realistic images must strike an appropriate balance in an effort to present a complete picture, emphasizing the key elements while avoiding caricature. On our way to this painting, we passed other seemingly less balanced portraits, in which artists depicted richly detailed fabrics paired with flat faces or ornate hairstyles surrounding dull eyes.

Lauren drew my attention to the man’s hand. “You can see that the artist moved it,” she said. This image I’d at first seen as only static became at once more alive, layered. I knew these works had a place in art history, but I’d failed to pay much attention to their individual histories before that moment. Later Lauren sent me close-up x-ray images of the painting from the museum’s Web site. One can see aspects of the artist’s original plan for the painting and the places where he changed the background, the position of the book, the shape of the man’s head and the contours of the fabric.

The commentary on the museum Web site reads: “Because of the extent of these changes, it has sometimes been speculated that the painting was begun at one time and then finished later—perhaps years later.” I consider the patience and dedication it takes to develop that sort of vision and revision. In any task or effort, it can be tempting to try to skip to the end of the process, but true progress often takes time. And the in-between stages are not always pretty; certain elements move into or out of focus, new details emerge. And sometimes the only thing to be done is to take a step back. One must try to keep in mind the larger picture, to trust that all will come together eventually, beautifully, and at the same time to work as hard as possible to make that happen. Lauren and I never got around to viewing many religious paintings that day. But looking back, I wonder if maybe we had been discussing faith all along.

On the Catholic culture war

Like so many other moderate Catholics, I am distressed by the current Catholic culture war and the impact on members, observers, outsiders, critics, etc. I take comfort and hope for peaceful reconciliation from the Holy Spirit dwelling within all of us and from Church history. This commitment to continue in our faith tradition is supported by Kerry's and Kevin Clarke's recent articles.

Kerry wrote here: "The in-between stages are not always pretty; certain elements move into or out of focus, new details emerge. And sometimes the only thing to be done is to take a step back. One must try to keep in mind the larger picture, to trust that all will come together eventually, beautifully, and at the same time to work as hard as possible to make that happen."

Kevin wrote "The church has survived much worse before. I have faith that there is a way out of the desert, even if I can’t quite see it just now." (Lent in a time of a Catholic culture war. Washington Post, On Faith, 2/22.)

Let us embrace all inside and outside the Church with the compassion and care Jesus taught us by his word and example. Let us continue as contemporary Catholics to "Go forth and set the world on fire” as exhorted by St. Ignatius of Loyola.

Heather Foy
8 years 9 months ago
Last month I got an opportunity to visit this nmuseum where this painting was. All those paintings seems so amazing that they inspired me to be a painter. Now I started taking lessons for it.

Cherry Kitchen Cabinets
8 years 9 months ago
Beautiful response, Nancy, to Kerry's piece.  You expressed my sentiments so perfectly.  Thank you.

This article also appeared in print, under the headline “Of Many Things,” in the March 5, 2012, issue.