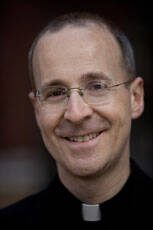 Two months ago I turned 51. That feels pretty old to me. But at least I’m a bit more experienced and, I hope, a little wiser than I was at 21. With that in mind, here are six stupid things I have done that I never want to do again. Maybe you’ve done some of them too. But I’ll bet we’d both be happier if we don’t ever again...

1. Compare. Ever heard the saying “Compare and despair”? Comparing yourself to someone else usually means that you imagine the other person is better off, more satisfied—in a word, happier.

But here’s the problem: We end up comparing what we know about our life, which is a mixed bag of good and bad, with a fantasy of someone else’s supposedly “perfect” life. Why do we do this? Because we know all about our own problems, but other people’s problems are harder to see. As a result, our real life always loses out. That leads to despair. Besides, there’s probably someone comparing his or her life to your supposedly perfect one—which shows you how ridiculous it all is.

2. “Should” on yourself. It’s easy to imagine yourself making a choice that would have taken you to a different place in your life. I should have married this person; I should have taken that job; I should have moved. This is called “shoulding all over yourself.” (Say it aloud and the negative meaning becomes clearer.) Reflecting on our choices is an important way to grow, but you cannot live your real life if you’re busy living in your “should have” life. Jesus of Nazareth once said you cannot serve two masters. You can’t live two lives either.

3. Get people to like you. I spent all of my teens, most of my 20s, a great deal of my 30s and too much of my 40s trying to get people to like me. But forcing people’s affection never works. Besides, it takes too much energy to tailor yourself to what you think people will like. Your true friends like you already. Be open to change and growth by all means, but treasure friends who love you for who you are. St. Francis de Sales, the gentle and lighthearted 17th-century saint, once said: “Be who you are and be that perfectly well.”

4. Be a jerk. You’re tired. You’re rushed. You’ve got a cold. You’re late. You’re angry about something your boss said. Yes, you are miserable. That doesn’t mean you have to be a jerk to everyone else. It really doesn’t. Sure, share your frustrations and struggles with close friends, but don’t make everyone else’s life more miserable by passing on your misery. Once I joked to a friend, “Boy, my life is such a cross!” “Yes,” he said, “But for you or others?”

5. Make fun of people. Nothing brings me lower than a few minutes of mocking another person. (Particularly if the person is not present.) But the snappy putdown has a high value in our culture, and famous snubs are often repeated approvingly. Much of our current political climate consists in politicians mocking their opponents. (That’s been a big help, hasn’t it?) Malicious speech is an easy way to wound. If you feel powerless to resist badmouthing someone, ask yourself three questions: Is it kind? Is it necessary? Is it true?

6. Be hard on yourself. One of my Jesuit mentors used to say, “Be easy with yourself, Jim.” If you’re reading this list and taking it at all seriously, you may be beating yourself up about stupid things that you’ve done in the past. (Believe me, my list is just as long as yours.) But you also want to change yourself, which is good. So be careful to “trust in the slow work of God,” as the Jesuit Pierre Teilhard de Chardin used to say. (He was also a paleontologist, so he knew about things moving really slowly.)

If you ever get discouraged about your rate of change, just think about trees—yes, trees. In the summer they’re green. In the fall they’re red. And no one sees them change.

@jamesmartinsj
Show Comments (
7
)
Comments are automatically closed two weeks after an article's initial publication. See our comments policy for more.
Tammy Gottschling
11 years ago
Thanks for this reminder, Father Jim-much appreciated and so true.
11 years ago

Hi, Father Martin – so you feel 51 is “pretty old?” Wait until you hit 80 and you’ll realize how young 51 really is. Belated “Happy Birthday” with many more to come!

About “Six Stupid Things” Yes, when you least expect it, it happens – “Foot-In-Mouth” Disease, or some other Eden virus,  meaning I’ve done a lot of stupid things extraordinarily well, including your six. Luckily in the choppy waters of the human experience my friend St. Paul keeps me buoyant with laughter remembering that like him, often  things I want to do, I don’t do and the things I don’t want to do, I do! Life’s a jigsaw puzzle. With Jesus around you can’t help jigging which reduces a little the puzzle of life. Your writings make you, Fr. Martin,  the  JIG MASTER with Jesus. Yipeee!
Des Farrell
11 years ago
I've done up an astrology chart for the coming year and unfortunately it's not looking good. Your coffee intake will quadruple which will result in the loss of two sets of keys and all Internet passwords. Also you will forget that it is a leap year and will spend the rest of the month one day behind everyone else. The good news is that the Internet shutdown of summer 2012 will give you time to catch up on your writing of unloved book blurbs! Happy Days!
Cliff Kirchmer
11 years ago
Fr. Jim,
Another one for your list is "don't define yourself in terms of your successes or failures". This was emphasized by Anthony de Mello, S.J. He wrote "We were brought up to need people. For what? For acceptance, approval, appreciation, applause - for what they called success." it's a kind of attachment. "What is success? It is what one group decided is a good thing. Another group will decide the same thing is bad." Similarly de Mello cautioned against defining ourselves in terms of our failures. Our essential being is beyond success or failure. De Mello taught primarily through stories. One story I remember is of a very young child being conditioned to applause for what she did. There was more to the story and perhaps one of your readers can give more details.
11 years ago
Thank you again, Fr. Jim.   And to Bruce, Des and Precipicio, for your additions.  So, let's just travel light and focus on being.... the beloved, redeemed sinners.....and be grateful always!
10 years 11 months ago

As one of my very favorite authors I was really looking for your commentary on "Downton Abbey" so I came to this page and could not find it. :(

However, I did appreciate this article. On the verge of my 69th birthday I can attest to "... the slow movment of God" in bringing about change in my life. I often suspect that this glacial pace is due to my dgagging my heels.

Let us pray for one another "... that we will merrily meet in heaven," or the Religious Education Congress in Anaheim later this month

PS: How can I get a copy of your commentary on "Downton Abbey?" I am still wanting to read it.

Edward Santa
10 years 10 months ago
You can find our podcast on Downton with Fr. Jim here:
http://www.americamagazine.org/content/podcast/podcast-index.cfm?series_id=1325