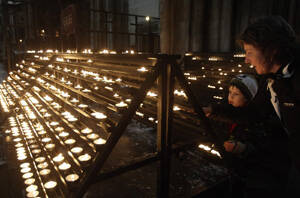 Leading politicians in the Netherlands have called for the resignations of Catholic bishops in the wake of a damning report on sexual abuse in the Dutch church. On Dec. 17, 2011, Holland’s deputy prime minister, Maxime Verhagen, said the church has been “profoundly damaged” and bishops should consider resigning. Released on Dec. 16, 2011, the report found that somewhere between 10,000 and 20,000 Dutch children suffered abuse, ranging from unwanted sexual advances to rape, during the period of 1945 to 2010. The vast majority of instances were never reported to police. Prime Minister Mark Rutte said that his cabinet is considering lifting a statute of limitations to allow criminal prosecutions. A complaint has already been filed with the public prosecutor’s office against a former bishop of the Diocese of Rotterdam, Philippe Bär.