Among my most cherished childhood memories are visits to the local branch of Queens Borough Public Library, where peace and quiet reignedexcept for the occasional chair squeaking across the floor, or the loud whisperer, or the crashing book, which violations of the peace were dutifully corrected by the gaze of Madam Librarian. People went to the library because that’s where the books were. New books, old books, classics and so on. Why else? To socialize?

Well, time has a habit of marching on, and with time comes change. I was particularly struck by a front-page New York Times headline last month that touted Library Moves Beyond Shh’ (and Books). Listen up, aspiring comics: when the local amateur clubs don’t work for you, try your stuff at the library’s monthly open mike night. As a native of Queens, I can attest to the borough’s rich heritage and ethnic diversity. And the Times article acknowledged that the Queens systemwhich, by the way, has 62 branches in addition to the headquartershas an extensive (at least numerically speaking) collection catering to that population. But a comedy forum? And that’s not all: there’s after-school care, arts and crafts, exercise programs, dance lessons, bubble-makingthe list goes on.

Programming has become so essential to the library experience in Queens and elsewhere, the Times noted, that new library buildings typically include large spaces not intended for books. The article cited one branch with collapsible walls and an auditorium that accommodates over 200 persons. (In all fairness, I must say that there are some praiseworthy programs: art exhibits, readings and literacy programs, for example, which should be not only encouraged but expanded.)

But as to most of the others, have things gone too far? The answer depends on whom you ask. There’s no question that libraries have to compete with online booksellers and café-bookstores. They need a draw, so to speak, to get otherwise reluctant visitors to come in and, it is hoped, browse while they’re there. (And maybe even do some reading!) But who is funding this programming? A separate article, written by a former Queens library branch manager, which appeared recently in my local community newspaper, decries local libraries’ alleged move from their book and reading mission, pointing out that today’s high-tech requirements and services eat enormous chunks of money from the budget. The consequence, as anyone can guess, is more limited funds for book buying. In the old days, my interests and reading tastes were far-ranging to say the least (at age 13 I gobbled up books on Greek and Roman architecturean area of passing adolescent fascination, I assure you). It didn’t matter if I were the first person in 18 years to withdraw the book on loan. And today? Staying power and shelf life are determined by frequency of borrowing. In some branches, you’re out after six months if no one wants to borrow you.

True, students and professionals know where they must go for serious research. But what about the so-called average citizen-reader with upwardly mobile taste? How easy is it for her or him to lay hands on the latest Pulitzer, National Book and other award-winning titles? Or important, noteworthy current fiction and non-fiction? Or (gasp) a classic of literature? Granted, the past couple of decades have seen an explosion in book publishing. No library could contain it all. But for a system to have no copies of a major new work, or at best a copy in two or three of its many branches, seems shameful.

Recently published, and yet to come this spring, is another huge and colorful bouquet of books. Muriel Spark’s clever and entertaining Aiding and Abetting is based on the true (unsolved) murder case involving Britain’s Lord Lucan. Valerie Martin’s Salvation: Scenes from the Life of St. Francis is a brilliant and nuanced portrait of the beloved medieval reformer. And look for Ron Hansen’scollection of essays, A Stay Against Confusion (reviewed in this issue.) Take a copy of each, retire to your room, disconnect the telephone and read. Shh. 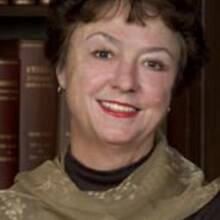