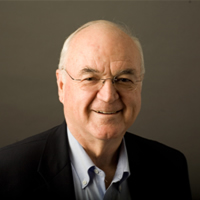 Theology is not faith.... To "have faith" is to be in a personal relationship with God, who is Truth itself.... Theology is "faith seeking understanding" (to use St. Anselm of Canterburys centuries-old definition). It is the more or less systematic effort one makes to understand and express the fundamental experience of God.... "Christian" theology focuses that process of understanding on Jesus Christ...operating within, and in fidelity to, a particular community and tradition....

2. Theology is not monolithic. Not only are there many religious faiths (Christian, Jewish, Hindu, Buddhist, Muslim and so forth), but there are also many variations of faith within given faith-traditions....
Within Catholicism, for example, one might speak of a theology that is Thomistic, Augustinian, or Rahnerian (for the late Jesuit Father Karl Rahner).... But other divisions are also possible: liberation theology, feminist theology, process theology, and so forth.

3. Theology is not simply reflection on doctrine. A doctrine is an official teaching that derives from theology, not from direct inspiration of the Holy Spirit. Before the official Church can propose a statement of faith for the acceptance of its members, it must first think: about and struggle with its possible meanings and with various possible expressions of meaning. That process of struggle to understand faith leading to some official expression of faith is called theology.

Theology, however, does not consist simply of a listing, explanation, and defense of doctrines. The theologians task is not only explicative, but critical--critical even of doctrines, or at least of a doctrine’s language and conceptual framework so that the doctrines truth can become accessible anew in a fresh formulation.

4. Theology is not catechesis. Catechesis is, literally, an "echoing" of the faith. Unlike theology, catechesis is for the potential member (known as the catechumen) or for a newly initiated member of the Church (whether a young child or an adult convert). Catechesis teaches the faith by highlighting and explaining the main elements of the faith-tradition and their relationships, as well as their personal and pastoral implications.
The catechists task is not to invite potential or new members of the Church to think critically about their faith, but rather to understand and appropriate it in as clear and spiritually fruitful a way as possible. The theologians task, by contrast, is critical. The mature member of the Church is invited to think: critically, to question, even to challenge certain elements of the faith tradition.

To judge the theologians work by the standards of the catechists is to distort the work of both. Many, if not most of the complaints about theologians from the more conservative segments of the Church are rooted in this misperception. A theologians job, it is said, is to teach "the faith." And not only teach the faith, but to teach it according to a particular understanding of it. In other words, the theologian can only explain the faith by one theology—the critics.

5. Theology is not religious studies or a philosophy of religion.... To do theology, one must proceed from and reflect within a given faith tradition...one that takes God to be real, not only objectively and historically, but also in ones own life and consciousness.

6. Theology and the faith it seeks to understand do not begin at the point where reason gives out.... The First Vatican Council insisted, on the contrary, that faith is "consonant" with reason, and that reason is "illumined" by faith. Both faith and reason are fully engaged from the very beginning of the theological process....

7. Theology is not static or ahistorical.... Theology is always and everywhere contextualized. It occurs not only within a given faith tradition, but within given moments of time and within given networks of circumstances and interrelationships. The theology of one historical period and/or of one cultural situation will differ, often markedly, from the theology of another historical period or cultural situation.
The faith may not change, but our understanding of it does....

8. Theology is not in conflict with science.... The reason there can be no conflict is that both seek and are devoted to the truth.... Alleged contradictions are only apparent, not real. It is probably accurate to say, however, that theology has had more errors and false assumptions to correct in recent decades than has science....

Although rooted in faith and in the life of the Church, theology is, unlike catechesis, preaching and pastoral instruction, a scientific discipline. The theologian is not charged primarily with the "echoing" of faith (which is the literal meaning of catechesis), nor the proclamation of the Gospel (which is the task of preachers), nor the official transmission of the faith to the general membership of the Church (which has become over time the special responsibility of the bishops)....

The theologian is not simply a catechist with a doctoral degree. The theologian, unlike the catechist, is required to probe and examine the whole of the Christian tradition to see what it means, how it fits together, by what process it has developed, and how it is related to the so-called outside world of theory and practice—and then to pose new questions in light of changing historical circumstances and fresh answers for the new circumstances.... The catechist has one audience or public: church members who are relatively new in the faith, whether children or adults.

As Father David Tracy, of the University of Chicago, has reminded us...the theologian has three audiences or publics: first, church members who have advanced beyond the Stage of catechesis; second, the academy (college and university-related people who are themselves seriously engaged in intellectual reflection on religion); and, third, the wider society.

Accordingly, the theologians public, even within the church, is not the same as the catechists. The theologian addresses the mature Christian. The point is that there are many more mature Christians these days, and especially Catholic Christians, thanks in large part to the success of Catholic higher education, than some members of the hierarchy and some lay people seem prepared to acknowledge.

The theologian also has a wider audience, beyond the church and beyond the religious community at large. The theologian also addresses fellow academics in Catholic, non-Catholic and secular institutions alike, men and women trying to make difficult ethical decisions in government, business and medical professions; poets and musicians and novelists; and ordinary people seeking answers to lifes most fundamental questions.

As a scientific and ecclesiastical enterprise, theology has to be engaged in dialogue with all three publics: church, academy and society. Not to understand the range of the theologians publics is to conceive too narrowly the nature and task of theology itself.

Show Comments (
3
)
Comments are automatically closed two weeks after an article's initial publication. See our comments policy for more.
MICHAEL MILLER
11 years 10 months ago
Years ago when I was a young student at the University of San Francisco, I would often wait with John Tracy Ellis at the same bus stop to catch the bus. He was very nice man. He lived at U.S.F. for number of years. At the time I had no idea that he was a great theologian. Also little did I know in those days that my own Catholic life would be influenced by many religious faiths and by variations within Catholicism. I am very grateful that I have been willing to listen to them. They have all encouraged me and instructed me. "Listen with the ear of your heart" ~ Rule of St. Benedict.
MICHAEL MILLER
11 years 10 months ago
Yesterday I thought that Fr. McBrien had referred to Msgr. John Tracy Ellis. Instead he referred to Fr. David Tracy. I highly recommend two articles by David Tracy that can be found online. One is on the Gospel of Mark and the other one is about Love being the central metaphor of Christianity. Plus there are some really great interviews of Fr. Tracy online. People like Tracy and McBrien make me thankful that I participate in the Catholic tradition.
11 years 10 months ago
I have profited much from the writings of Fr. Mc Brien especially on ecclesiology. He writes simply and clearly,though, he seems to be a disgruntled theologian of the church. In number 4, he says: "Theology is not catechesis." I absolutely agree with him, however, I also expect that theologians know the Catechism well. But that is not always the case. Thus, criticism presupposes catechism.
Advertisement

The Rev. Richard P. McBrien is author of The Church: The Evolution of Cath