Mental health in the Gospels 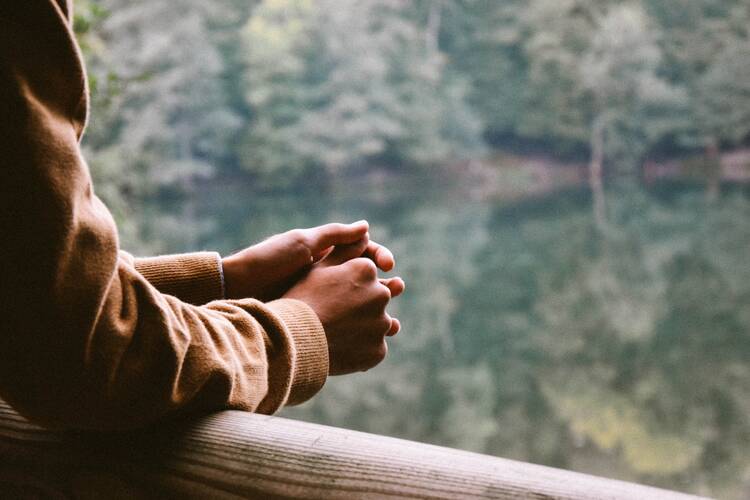 A Reflection for the Memorial of St. Agnes, Virgin and Martyr

One challenge to bridging the expanse between the biblical world and ours is awareness of the limitations of human understanding at any given moment. As ideas shape our actions, we can perpetuate ways of being that are unhelpful. Today, we have a growing awareness of the science of mental health, yet as faith communities we seem oblivious to how our religious traditions may be involved. If we wish to make our faith relevant to our times and allow the insights of our times to deepen our faith, mental health requires our attention.

I belong to a community that struggles with the idea of mental health and resists attempts to discuss it or seek care. Even if you speak no Spanish, you recognize “loco” and how destructive this label is. In our Bible translations, there’s no euphemism about Jesus being “out of his mind,” no, he is loco. Although there are many factors affecting the lack of mental health interventions among Latinas and Latinos (such as language, access to health care, etc.), the National Alliance on Mental Illness points out, that part of the stigmatization for Latino communities can be traced to “faith communities,” which “may be a source of distress if they are not well informed and do not know how to support families dealing with mental health conditions.”

How do the Gospels help us see this issue better?

Jesus’ neighbors, and those wanting to control them, knew that if they called someone loco people would stop listening. They would ostracize them and most importantly they would reject their ideas. We have to ask ourselves, has that strategy changed? Or does our society continue to use a label that disparages the sick as a way to control others? When we look at the Gospel story (repeated in John 10:20), we see how labeling someone crazy was (and is) a way to silence them. What Jesus was saying was dangerous to the powerful. Calling him crazy diminished his influence. John’s Gospel adds tellingly: “why listen to him?”

In a culture that believed sickness was divine punishment and demonic forces pursued the weak, Jesus overturned those understandings. Sickness is never God’s punishment, and the vulnerable are God’s most beloved.

It is understandable then that communities already fearful of power structures will avoid even the mention of mental health. If signs of mental distress mean one will be judged and thrown out of the community, why would anyone risk disclosing that they are struggling?

We know Jesus was a gifted healer, and from today’s vantage point what he was doing is instructive. When there was someone in the community who appeared to be suffering from what even today we call their “demons,” what happened? First, people asked him to intervene to heal those who in our time we might understand to be suffering from psychiatric disorders. They brought them to him in the same way as when someone was blind. The ancients didn’t make a distinction between physical and mental ailments but rather recognized distress. So should we. Second, Jesus listens, models empathy and provides care. Most importantly, he returns the sick to love of self and to their community. No longer shunned, hopefully they will be valued. In a culture that believed sickness was divine punishment and demonic forces pursued the weak, Jesus overturned those understandings. Sickness is never God’s punishment, and the vulnerable are God’s most beloved.

The final step requires Christians in our time to trust science and see that mental illness will not magically go away. Illness requires expert intervention and care. My abuela insisted that medical advances were God’s gifts. If we believe in a loving God, we must see God’s fingerprints in scientific discoveries that advance human health and flourishing.

If you or anyone you know is struggling with mental health, please ask for help. There is a new suicide prevention line in the United States (988), and a Spanish line is also available. Let’s start talking about mental health with each other and making religious faith a way to remove stigma and bring healing.