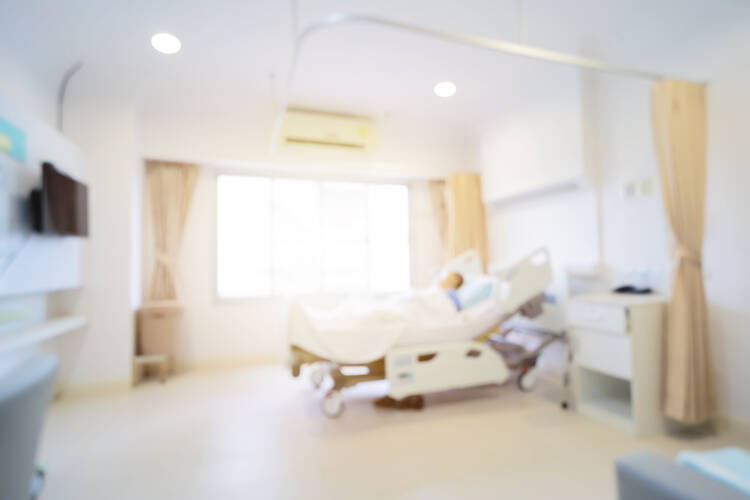 I met Tim while in the seminary, and we quickly became good friends. After I left the seminary, and after he was ordained, I asked him to be the best man at my wedding. Later, he became the godfather to my daughter. A few years after he was ordained Tim became a military chaplain. Several years later he was sent to Iraq with his troops. Returning from celebrating a Mass in the field a bomb was ignited as his Humvee drove over it. Tim survived the bomb blast but he lost an eye, and the blast also caused a massive brain injury. Tim was the first chaplain to be injured during the war in Iraq.

When Tim arrived at the veterans hospital in Minneapolis, he was in a comatose state. Part of his skull was removed to relieve the swelling of his brain. His doctors were not hopeful that he would ever regain consciousness.

My wife and I would spend those first days with Tim in his hospital room. It would not be long before the priests of the diocese began to visit their fellow priest. My wife and I observed their demeanor as they came into the room, and it seemed to us that they each took one of two approaches.

The first group seemed to arrive with the intent of bringing something they felt the room lacked. Since the transcendent Christ was already present in that room, in our love and friendship, we didn’t need much. The visits from these priests were pleasant; we welcomed them as they arrived and shared pleasantries. Then they would go to Tim’s bed and begin to pray over him or celebrate the sacrament of the sick. We always joined them in prayer. After the prayer we would chat a bit more and then they would depart.

The prayer and the sacrament were always welcome, but these priests often felt distant, sometimes even unwilling to really be present to the harsh reality present to us in that hospital bed. These priests had fulfilled their duty to their fellow priest, but had left those around us feeling empty.

When the other kind of priests came in, the mood in the room immediately felt different. Some seemed never to have been in a hospital room before. I could sense fear, trepidation and uncertainty. We would greet them. Again, pleasantries were shared. But when they approached Tim the sense of fear and trepidation would melt away. These priests made an effort to bring compassion and love to that room. They would talk to Tim and some touched or held his hand.

After we prayed, or the priests anointed, we would talk to each other. It was clear they were hurting because of what happened to Tim. It was also apparent to them that we were hurting as well.

In those moments there occurred a convergence of the sacraments. The graces of the sacraments of Anointing of the Sick, Ordination, Baptism, Matrimony and Eucharist compounded as they were being lived out. My wife and I were true to our sacramental callings as we were being Christ to these ordained ministers. They in turn were living out their sacramental callings as they were Christ to us.

One priest forgot his stole. That did not matter. Another forgot the words to the Sacrament. We got through it. What mattered was that the real sacramental presence of Christ was made known through our fellowship together. Eucharist was being lived out. A true meaning of priesthood was on display through the ministries of the baptized and the ordained together. The hierarchies of the church faded; the resurrected Christ was present in us all.

The hospital room became holy ground. The sacred was apparent. We allowed one another to be ourselves. We engaged one another directly, intimately, authentically and humanly. The grace of Jesus the Christ and the Holy Spirit was made manifest.

Pain, doubt, uncertainty and fear were present but not ignored. Together, we acknowledged those fears and uncertainties and then embraced them. They were reconciled, then replaced, with hope, compassion and love.

Tim eventually woke up but remained limited in his movement and his ability to communicate. He died in a nursing home in 2009. While our holy encounters with those priests in his hospital room did not heal Tim, we knew something profound happened. The spirit of the incarnate Christ hung in the air long after they departed. 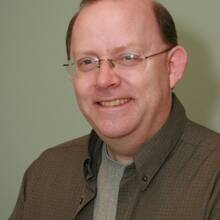 Michael Strande has been working in the church for over 30 years and currently serves as the Director of Liturgy at Saint Olaf parish in Minneapolis, Minn. He earned an M. Div from the St. Paul Seminary, School of Divinity, University of St. Thomas in St. Paul, Minn.