Optimism is an assessment. Hope is an act. 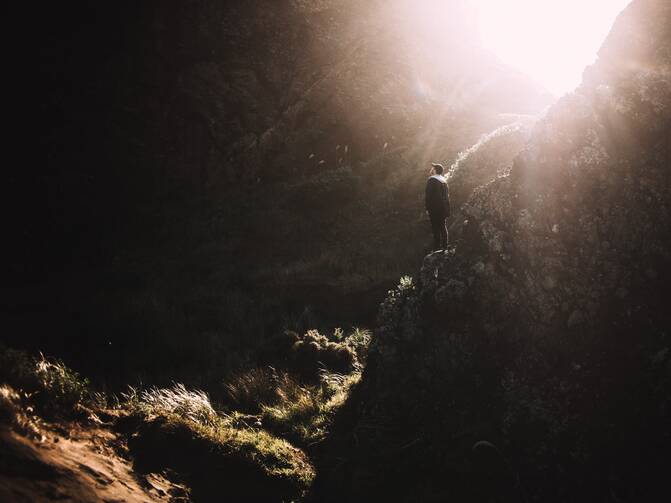 A Reflection for the Second Sunday of Advent

Here’s a little piece titled “A Fine Old Man.” Mark Twain published it back in 1869. You can decide for yourself how much you are willing to believe:

John Wagner, the oldest man in Buffalo—104 years—recently walked a mile and a half in two weeks. He is as cheerful and bright as any of these other old men that charge around so in the newspapers, and is every way as remarkable. Last November he walked five blocks in a rain storm without any shelter but an umbrella, and cast his vote for Grant, remarking that he had voted for forty-seven Presidents—which was a lie. His “second crop of rich brown hair” arrived from New York yesterday, and he has a new set of teeth coming—from Philadelphia. He is to be married next week to a girl 102 years old, who still takes in washing. They have been engaged 89 years, but their parents persistently refused their consent until three days ago. John Wagner is two years older than the Rhode Island veteran, and yet has never tasted a drop of liquor in his life, unless you count whisky.

Some folks would credit the prophet Isaiah even less than they do Mark Twain. As they see it, false hope, the sort that preachers peddle, can itself be a torment.

On that day, a shoot shall sprout from the stump of Jesse,
and from his roots a bud shall blossom (11:1).

“Yes,” they might grant. “Nature can surprise us. Something adjudged long dead can sprout again. But not people. They’re more predictable than plants. They may live longer than expected, but they rarely really change. Don’t get your hopes up.”

Yet Advent is a season of hope. Note that we speak of hope, not optimism. There’s a great difference between the two. Optimism is our generous assessment of a situation: It might improve. Hope is a theological virtue. It is an act on our part, a conscious opening of ourselves to God. And it is only possible on our part because God is open to us, or, as we say, because we are graced.

Sin is a word we shun, but rejecting a word does not change reality.

When we hope, we open ourselves to the action of God. If our actions alone were all that mattered, we would be gods. We would not need to seek the living God. To open ourselves to God—the true God and not some self-spun idol—is to surrender ourselves to mystery, to a place we have not been, a way of life we do not know.

This much is sure. Nothing will change without this openness. God is your origin and your destiny, both of which lie beyond you. If you do not open yourself to hope, you will not live.

Sin is a word we shun, but rejecting a word does not change reality. We are alienated from God. This profoundly alters who we are, who we were meant to be. What we call sin originates with the ancient lie that we are not good enough, that we are not lovable, that our only cause for optimism is our own cunning. This sad, common curse makes even the hearts of mass murderers recognizable to us for they share the same sad lie.

Advent is a season of hope. Note that we speak of hope, not optimism.

No shoot can sprout from a soil so befouled by the lie that is sin. So, for the love of God, learn to love yourself! But you can only do that if you learn to love God, if you see yourself as fundamentally open to something beyond yourself, embraced by it. Ask for the grace to see in yourself what God sees.

Parenthetically, you priests, that is your great commission in the confessional: to help a wounded soul see itself as God sees it. You do this by announcing the very fulfillment of hope, the forgiveness of sin.

What happens if you are unwilling to hope? In great sorrow I must say, “Nothing! We were created either to embrace hope or to expire, to win through or to wither.”

No one can say what might happen if you truly embrace hope. Yet that is not entirely true. All those companies which pawn false hope—those products that promise to change your life and finally make you happy—will lose you as a customer. Why? You will not need them, because you will have begun to take on the appearance and the manner of John the Baptist.

John wore clothing made of camel’s hair
and had a leather belt around his waist.
His food was locusts and wild honey (Mt 3:4).

How do we know you will look like the Baptist? Because John was no peddler of optimism. He was a man of hope.