Podcast: Gloria Purvis and Father Matt Malone on what their interview with Pope Francis means for the U.S. church 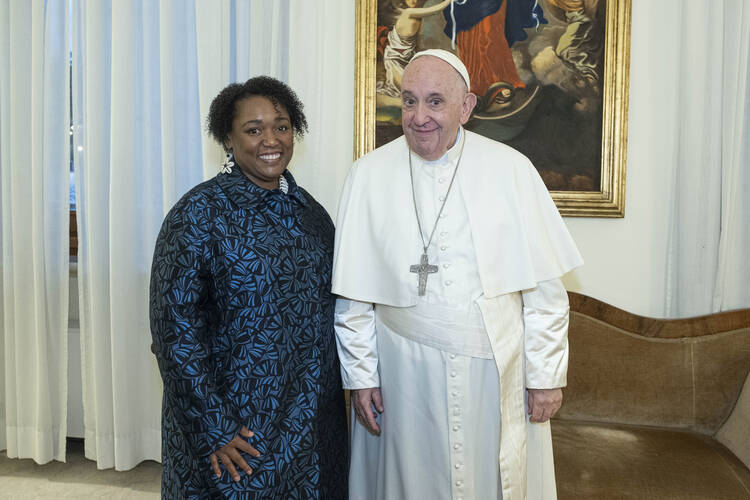 On Nov. 22, 2022, five representatives of America Media, including Gloria Purvis, interviewed Pope Francis at his residence at Santa Marta at the Vatican. They discussed a wide range of topics with the pope, including polarization in the U.S. church, the role of bishops, racism, the war in Ukraine, the Vatican’s relations with China and church teaching on the ordination of women.

Matt Malone, S.J., who is departing as editor in chief after 10 years of leading America Media, was also present in the interview. He joins Gloria to break down what the Holy Father said about and to the church in the United States and how the pope models servant leadership in the Jesuit spirit. They also discuss Father Malone’s tenure at America Media, his vocation story and how the Jesuit charism shapes America’s media ministry.