I’m a Catholic teenager who wanted to know what my friends thought about the church. Here’s what they said. 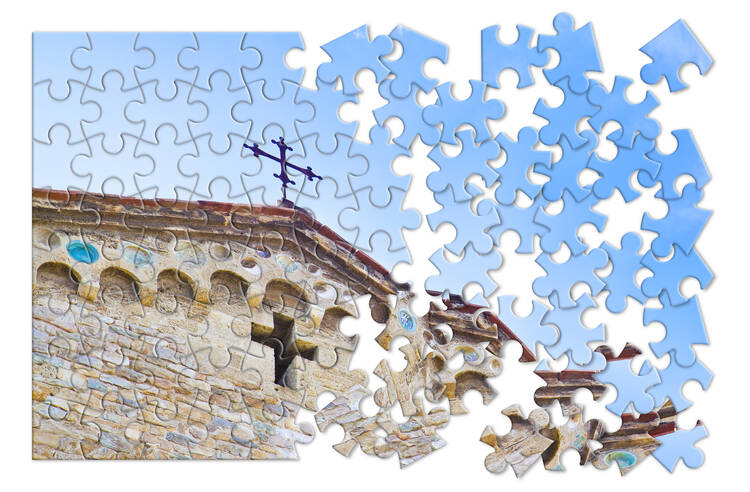 Growing secularism among younger Americans is no secret. A 2019 Pew Research Center Survey of Americans aged 13 to 17 found that only 50 percent believed religion was an important part of their lives, as opposed to 73 percent of their parents. This trend has caught the attention of the United States Conference of Catholic Bishops, which published on its website an article titled “Confronting Secularism Today” by Robert Spitzer, S.J., who posits four causes for this trend:

While all these factors may indeed cause some young people to abandon their faith, the list feels incomplete to me. After all, the same Pew survey found approximately 85 percent of teens believed in a higher power. As a 17-year-old Catholic, I know many people my age who are abandoning their churches and their faith. I spoke to a few to understand why. (I’ve used pseudonyms, due to the personal nature of their comments.)

The institutional church, to many of my peers, is seen as an antiquated and corrupted by greed, pedophilia and bigotry. They place the blame for these things on the shoulders of church leaders. Still, many also feel personal dissatisfaction with the church. While the answers my friends provided are anecdotal, a common theme emerged: The most prevalent issue that is widening the gap between young people and the church is the institution itself.

The idea that somebody can be turned off by the church because of the church can be tough to grasp.

The tone and emphasis of catechesis, especially in preparation for the sacraments, can have a real impact on how young people perceive the church as a whole. One of of my friends, Jo, talked about an abstinence and pro-life lecture she was required to attend in preparation for the Sacrament of Confirmation, a lecture she found deeply uncomfortable. She felt the presenters left no room for genuine questions from those who doubted the church’s teachings and focused too much on shame. Jo told me she became concerned that people would assume that she would be similarly closed to discussion around her politics or personal beliefs based on her religious affiliation. “I would just [tell people] I’m a Christian, but I wouldn’t say Catholic,” she said.

The idea that somebody can be turned off by the church because of the church can be tough to grasp. One of the people I spoke with is a friend of mine named Dominic, who has a strong faith in God and attends church every Sunday. When I asked him if he thought the church was driving people away, he told me, “I think it is impractical to believe in God in the 21st century, because people want to believe in what they see, not something that requires faith alone… They aren’t used to the idea that something that cannot be seen can be real.” Dominic’s answer also resonates strongly with the belief that people are leaving the institution because of a growing sense of materialism and a feeling that God doesn’t have any room in daily life.

Another friend decided to walk away from religion because of a perceived separation between themselves and God. James, who was raised Catholic and attended Mass every Sunday as a child, is now an agnostic. While preparing for his confirmation, he began feeling that relying on an invisible God to help him out when times were tough wasn’t enough. Witnessing the long and painful deaths of his aunt and uncle, who were both very religious, also frustrated him.

James reflected on this experience by saying, “I guess it kind of set me back from religion just to realize what God can do to such kind people who also believed in him.” Today, James has abandoned the church, and, for the most part, his faith. James says he only entertains the idea of God existing when someone he knows is religious is going through a sad or painful ordeal. In those situations, he says that he does pray for that person on the off chance that there is a God listening.

While an intellectual approach may be able to answer some of the questions my secular-leaning friends have, I believe the church leaders need to approach the issue from another angle.

My friend Andrew is an atheist, raised by Catholic parents, who rarely attended Mass growing up. For as long as I have known him, he has been vocal about his stance on religion as an unnecessary institution that sets unnecessary rules. He says he is not against the church; rather, he simply feels no desire to attend. He also says the lack of exposure to religion has made him question its validity.

For Andrew, the concept of faith itself is challenging. And indeed, Father Spitzer’s four reasons do apply in Andrew’s case, too, as he believes science and God contradict each other, and that there is little to no appreciable scientific evidence of a creator. Andrew isn’t opposed to going to Mass, but doesn’t see himself as the type of person who would join the church. He told me, “Maybe if the opportunity ever arose, I’d be open to it. But as of now, I don’t really see a reason to attend Mass or attend church regularly.”

While an intellectual approach may be able to answer some of the questions my secular-leaning friends have—like Andrew’s questions on God in relation to science and James’s questions on suffering—I believe the church leaders need to approach the issue from another angle, as well.

Church leaders need to reckon with the fact that many people my age don’t feel that they need the institutional church to help them live happy, spiritually fulfilling lives.

Church leaders need to reckon with the fact that many people my age don’t feel that they need the institutional church to help them live happy, spiritually fulfilling lives. Jo told me how she practiced prayer and meditation in lieu of attending Mass during the pandemic, and how she felt more connected with God during that period than when she was attending Mass. She said, “I started wondering if I can be religious without associating with the institution. And now, I say yes, I can, and I do.”

James is still unsure about the existence of God, but he says that he will most likely raise his children Catholic, mainly because of its promotion of good morals and teachings. He says that his having been part of a Catholic family will also influence his decision to raise his kids in the church. But as of now, he feels comfortable in his beliefs and his thoughts on God. He still contemplates his faith daily, telling me, “I do think about my beliefs and I do question my faith. I’d say it’s probably a daily occurrence…and I would say it’s a healthy thing to question it.”

The most important course of action for church leaders who hope more young people will connect to the church may be to reach out to young people who have faith, but who don’t feel like the church is for them. To appeal to a younger generation, those young people need to feel welcomed, loved and accepted. Our church is a refuge for sinners, not a club for the righteous. It must adapt to a more informed, opinionated and digital generation, because every time the church messes up, the world takes notice. The church cannot survive without young people, but, as my friends will tell you, many are surviving without the church. 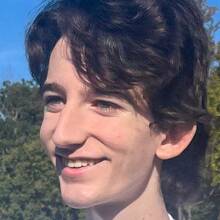 Matthew Buscarino is a high school senior in Millington, N.J. His previous article for America was about his quest to capture the stories of men who went to the moon.