When Christ became a Father 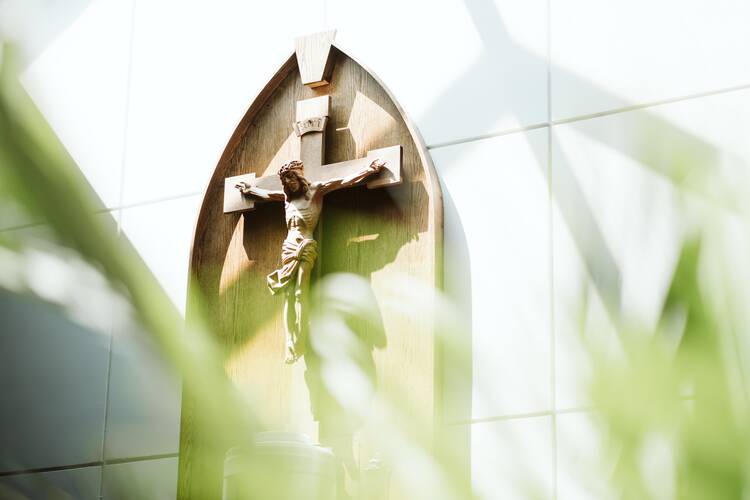 A Reflection for the Thirtieth Sunday in Ordinary Time

A day or two before he died of lung cancer, my father said to me, “Son, I’m not long for this world.” He was at home in hospice care, and I was reading Scripture to him.

That was an exceptional moment. In my experience, even those who are quite near their own deaths avoid direct acknowledgment of it in their conversations. They do speak of plans for what is to happen after their deaths, but anyone of a certain age does so, typically long before the event.

Yet when death is truly imminent, people often stop speaking of it. My mother only averred to it on her deathbed when she said to me: “Terry, no more pain medications. I want to be alert.”

It is not that those who are dying deny the fact. No, they typically go to some effort to tell their cherished ones that they are loved. They speak of their faith in God and of their desire for forgiveness. They simply avoid speaking directly of the great darkness that is death itself.

Our Lord, however, often spoke of his coming death, and he was not being morbid. Neither was St. Paul when he wrote:

Beloved:
I am already being poured out like a libation,
and the time of my departure is at hand.
I have competed well; I have finished the race;
I have kept the faith (2 Tim 4:6-7).

Religious genius that he was, Paul was capturing the meaning of death for a Christian. Yes, it is something that comes at the end of life, like a finish line. But death must also imprint itself into our daily lives. There is a dying in living. We should die to our own wills, surrendering a bit more of life each day that we live. With each day, we can learn anew how to live in a way that involves pouring ourselves out “like a libation,” offering ourselves to God through our love and service of others.

In shedding his blood, Christ surrendered his human life to his Father and to us.

None of this happens naturally. We do not grow in virtue simply by growing old. It is a gift of grace for which we must pray. The years make some souls quite supple. Others, they only gnarl the more.

To be a Christian is ever to grow in our imitation of Christ. He came among us to pour himself out. Put simply, that is who Jesus is. He is the one who empties himself.

St. Paul would write of him that “he humbled himself, becoming obedient to death, even death on a cross” (Phil 2:7-8). On Calvary, Jesus revealed most fully and finally who he was as a man, the one who is poured out like a libation. In shedding his blood, Christ surrendered his human life to his Father and to us.

The Italian mystic Chiara Lubich (1920-2008) wrote that in death Jesus poured out his divine life as well. He gave it back to the Father by pouring it out upon us. Christ became a completely unfolded, open flower, offering its final fragrance to us, the very life he had himself enjoyed in his divinity.

Jesus also gives…his own spiritual death, his own divine death, by giving God. He even empties himself of God; he gives God. And he does that in the moment of his abandonment.

Only in his death, at a specific moment in human history, does Christ come to be something he was not before Calvary. In his abandonment, he is now a new Father, one who births a new creation. Thus, there is

a new gasp of joy in God-love, who is always new. A cry of infinite suffering in Christ’s humanity: “My God, my God, why have you abandoned me.”

God is a trinity of selfless, ceaseless outpouring love. The Father pours all that he is into the Son; the Son returns to the Father all that he has received, all that he is; and the Holy Spirit never emerges from this ceaseless act of love to claim his own, proper identity. He simply is the ever-flowing love of God.

Let us admit what we prefer to forget. We have been given life, and we will surrender it. The question is whether it will be pried from our dying, dark grasp or whether we will ourselves pour it out. Will we suffer our dreams and designs, our wishes and our wills, to flow away from us with something of the same abandonment-of-self that is God?