God can handle your anger 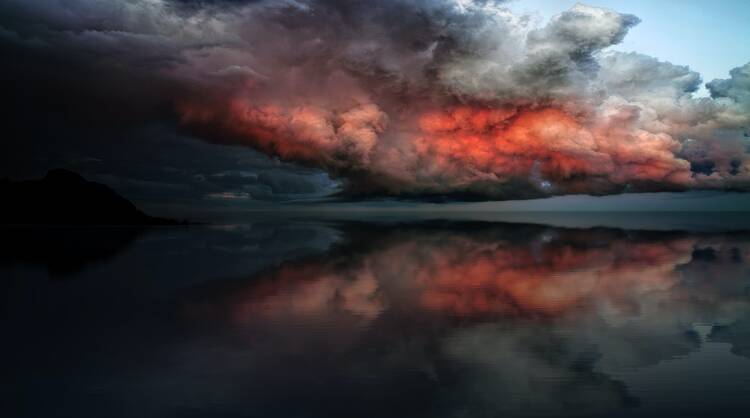 Have you ever in your lifetime commanded the morning
and shown the dawn its place
For taking hold of the ends of the earth,
till the wicked are shaken from its surface? (Jb 38:12-13)

The theme of today’s readings seems to be, “Who do you think you are?” In the Gospel, Jesus chastises all those who have seen the works of the Lord yet refuse to acknowledge their significance. And in the first reading, God tears into Job for complaining about the suffering he has endured.

This is not an easy message! Particularly in the first reading, God seems like a pretty bad guy. He has allowed Satan first to destroy Job’s livelihood and then to kill his entire family as a test of humanity’s capacity to stay faithful, and then when questioned by Job, the best he can say is, “Who are you to question me?” It’s pretty much the ancient-deity equivalent of “Because I said so,” and the kind of response we have every right to get upset about. If we believe that God made a promise to be there for his people (and that’s the heart of the Old Testament narrative, and our own faith too), he needs to do a lot better than that.

In any meaningful relationship, sometimes taking the risk of saying what you actually think and feel is itself the path out of the desert.

Believe it or not, the book of Job actually represented an evolution in Jewish thinking about suffering. Prior to Job and some of the other wisdom literature, suffering was understood as an indication of wrongdoing. If you got sick, had a baby die in childbirth or had a run of other terrible misfortune, you must have committed some kind of grievous sin. Your pain was on you.

But Job does nothing wrong; in fact he is first introduced as “blameless and upright.” (Job 1:1) Rather than being our fault, suffering is understood as something that just happens sometimes. That’s the truth God is meant to be expressing in our reading, if in a very poor way: Why does suffering happen? Who knows? It just does.

If that reality makes us angry, or the God of Job’s “Shut up and eat your breakfast” tone infuriates us, well, maybe that’s a good thing. Most of us were taught being angry at God was taboo, at least a sin and at worst “Duck your head because the lightning is coming” dangerous. But we have known hard times, some of us very hard times, or we have witnessed people we love ravaged by disease or addiction in ways that just seem cruel or malicious. It’s only natural in those moments to turn to God, who we hear over and over at church is here for us, loves us, walks with us, and ask, “Well? How about it? Where are you now that we actually need you?”

We do that in good company, too. In the Gospels of Mark and Matthew, Jesus himself looks up from the cross to wonder at God’s absence.

Will God have a better response to our questions than he did to Job? I’d like to hope so, given how we see Jesus treat people in the Gospels. But as in any meaningful relationship, sometimes taking the risk of saying what you actually think and feel is itself the path out of the desert. What is shared is no longer carried alone; in fact, it’s often released.