Mary, a different kind of queen 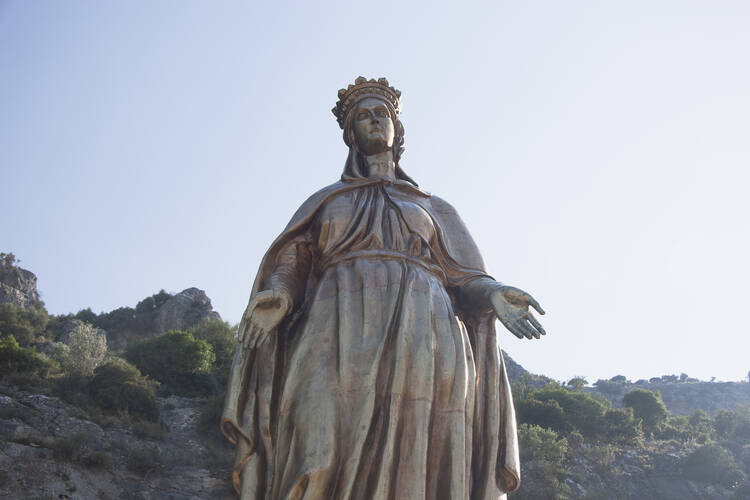 A Reflection for the Twenty-first Sunday in Ordinary Time

I never quite know what to do with royalty terms when it comes to Catholicism. To a large extent my images of those things come from fantasy series like “Game of Thrones” or “The Lord of the Rings,” and truth be told the kings and queens you meet there are almost never figures you end up wanting to emulate.

But it’s also true that in the case of Mary, whose queenship the church celebrates today, that idea seems inconsistent with her identity. Nothing about the stories from Scripture suggests she grew up fancy in any way; personally I always imagine her as a working-class kid from a loving home. She clearly had so much faith and courage—but so does every mother. And I worry that when we start applying royalty language to her or Joseph, we start to lose the sense that she was one of us. Mary almost starts to sound more divine than human.

In situations like this, I like to try and dig into the history a little bit. And one thing I found in looking into this idea of Mary as queen is that way back at the Council of Ephesus in 431 A.D., one of the big topics was how to describe Mary’s role in the story of salvation. Some felt that she was really not that important. But the Council insisted she was to be understood as the bearer of God.

I worry that when we start applying royalty language to her or Joseph, we start to lose the sense that she was one of us. Mary almost starts to sound more divine than human.

As is often the case in a lot of these early church debates, the real question at hand was Jesus’ humanity. Minimizing Mary’s role was a way of minimizing Jesus’ humanity. And paradoxically asserting that Mary was the bearer of God and soon thereafter queen (though some referred to her as that even earlier) was in part a way of pushing back against that.

The other thing that has helped me appreciate this term more is to consider it in a more modern way. These days when a younger-than-me-aged person shows up to an event serving looks (A.K.A. looking really stylish), or when someone offers a great performance, you’ll sometimes hear their friends say something like “Yes, queen!” or “My king!” You see this especially if the person was bold in some way, if they took some risks. What makes them worthy of the title queen or king is precisely the fact that they had the guts to literally put themselves out there.

Maybe that’s another way of thinking about Mary’s queenship. She was courageous enough to be true to who she was, even if that might mean she was going to be judged by family, friends, her fiancé. Even her son could get an earful, once he got older: “That wine is not going to make itself, Jesus.” She trusted the spirit speaking within her, no matter what. Hail, Queen!