In a world obsessed with power, Jesus offers an alternative: humble service 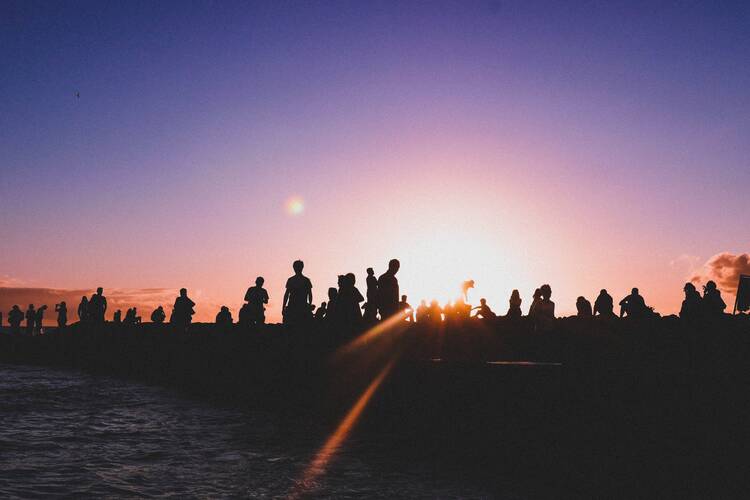 A Reflection for Monday of the Seventeenth Week in Ordinary Time

“You know that the rulers of the Gentiles lord it over them,

and the great ones make their authority over them felt.

But it shall not be so among you.

St. James gets a brutal treatment here in the lectionary. On his feast day, we don’t hear about his dramatic decision to follow Jesus at the seashore. We don’t hear about how he witnessed the Transfiguration. Nope. Instead we get to recall how Jesus rebuked him and his brother for wanting to sit next to him.

Of course, James and John aren’t trying to corner Jesus for a good conversation; they are asking for seats at his right and his left; they’re asking for positions of authority.

After Jesus replies with an eerie premonition about his death on a cross, a death that some of the apostles will share in (“My cup you will indeed drink”), Jesus transitions into a sermon about leadership and authority.

“You know that the rulers of the Gentiles lord it over them,

and the great ones make their authority over them felt. But it shall not be so among you.”

While today’s Gospel might be a bit embarrassing for the sons of Zebedee, we know it isn’t the end of the story.

This subversive approach to leadership ultimately leads Jesus to Calvary. But Jesus’ proscription for leadership isn’t just about the sacrifice on Good Friday. His entire way of exercising his authority is a constant giving of himself: healing the sick and lame; feeding the hungry; washing the dirty feet of his apostles, whom he dares to call friends.

Jesus’ message isn’t just for the disciples. It isn’t even just for those in explicitly defined positions of authority. The temptation to lord authority over another, to dominate someone with power, is as old as original sin. It’s baked into our social structures, and it lurks behind all of our interpersonal relationships. But in the face of temptation, Jesus asks us to choose a different path: humble service.

While today’s Gospel might be a bit embarrassing for the sons of Zebedee, we know it isn’t the end of the story. In the Acts of the Apostles, we learn that Herod had James “killed by the sword.” James, who claimed he could drink of the same cup as Jesus (we can hear the chauvinistic bravado in his voice), is the first apostle to be martyred.

But even that isn’t the end of the story. Paul reminds us in today’s first reading: “We too believe and therefore speak, knowing that the one who raised the Lord Jesus, will raise us also with Jesus.” Was James raised to Jesus’ right or left? It’s got to be close.