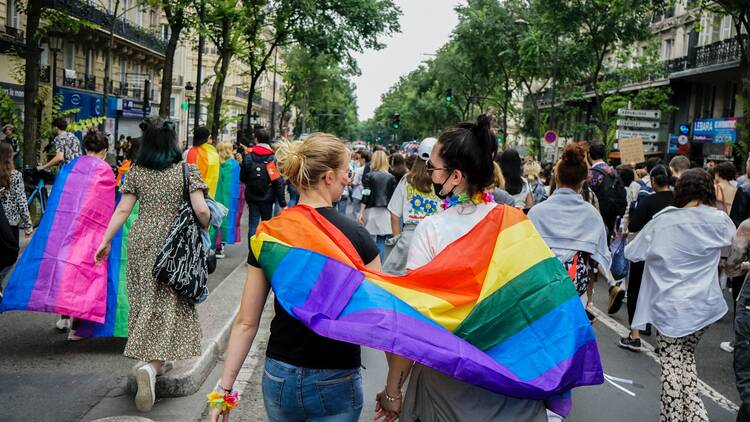 A Reflection for Tuesday of the Sixteenth Week in Ordinary Time

“For whoever does the will of my heavenly Father is my brother, and sister, and mother.” (Mt 12:50)

Last month, The New York Times ran an article about the phenomenon, long known to many L.G.B.T. people, in which an Oklahoma State University researcher, Cole Milton, described chosen families as “different from a group of acquaintances, or even really good friends. It’s something deeper.”

A California public radio show also discussed chosen family, with an accompanying article stating, “Your chosen family is there for you not because they’re related, but because you relate to them.”

A recent essay in Essence described the particular importance of chosen family to L.G.B.T. people of color. “Chosen family is critical in queer and Black communities,” Naima Green, a New York-based photographer told the magazine. “Having people around you who can support you with no questions is important. There is a level of understanding that you build with chosen family.”

And last year, Elton John teamed up with the singer-songwriter Rina Sawayama to record a version of her song, “Chosen Family.” The lyrics help define the phenomenon:

We don't need to be related to relate

We don't need to share genes or a surname

You are, you are

So what if we don't look the same?

We been going through the same thing

Yeah, you are, you are

In today’s Gospel reading, Jesus calls on his followers to embrace one another not as strangers or even acquaintances—but as something deeper. As chosen family.

The L.G.B.T. community’s embrace of chosen families not only has something to teach the Christian community but is perhaps a radical witness to Jesus’ vision for humanity.

Jesus is speaking to the crowds, Matthew writes, while “his mother and his brothers appeared outside, wishing to speak with him.” When Jesus is informed that his family is waiting to speak with him, he responds: “Who is my mother? Who are my brothers?” Jesus then points toward his disciples and says: “Here are my mother and brothers. For whoever does the will of my heavenly Father is my brother, and sister, and mother.”

There’s a lot to consider here—including the question of Jesus seemingly having biological siblings, which I’ll leave to theologians to debate. But one thing seems clear: Jesus offers a new way of relating to one another.

Some theologians argue that in this Gospel passage, Jesus once again subverted existing norms. In this instance, he challenges a society that places the biological family on a pedestal by encouraging his followers to consider that anyone who listens deeply to God’s word comprises his family. Put another way, he’s drawing wider the circle of who is invited to be part of God’s family, broadening it beyond traditional markers.

For many L.G.B.T. people, chosen family is more of a need than a want. Rejection by biological families often means that they need to seek out familial bonds elsewhere. Or their lived experiences are so different from their parents or siblings that deep connection sometimes just isn’t possible. Perhaps most of all, they seek love.

The comparison isn’t perfect, but the L.G.B.T. community’s embrace of chosen families not only has something to teach the Christian community but is perhaps a radical witness to Jesus’ vision for humanity.