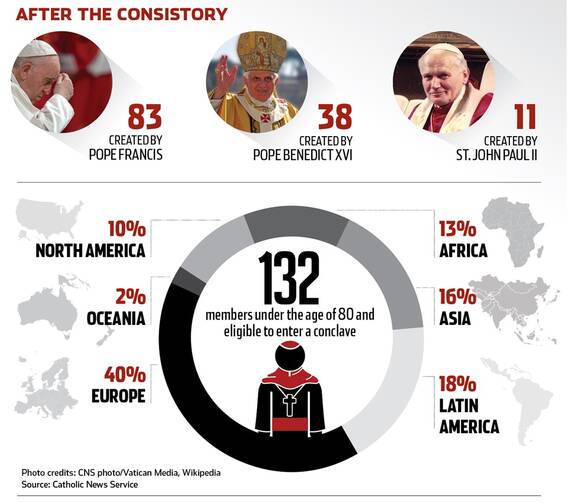 Bishop Robert W. McElroy of the Diocese of San Diego was the only North American among 21 churchmen from 16 countries chosen by Pope Francis to be elevated to the cardinalate in a consistory on Aug. 27 in Rome. Sixteen of the cardinals-designate are under the age of 80 and eligible to vote in a conclave to elect a new pope.

Cardinal-designate McElroy told reporters on May 31 that he believed the pope selected him because he wanted a cardinal on the U.S. West Coast and because of his support for the pope’s pastoral and ecclesial priorities. “Pope Francis has a series of initiatives that he’s trying to bring to the life of the church,” he said, “and I have tried to take those initiatives and plant them here.”