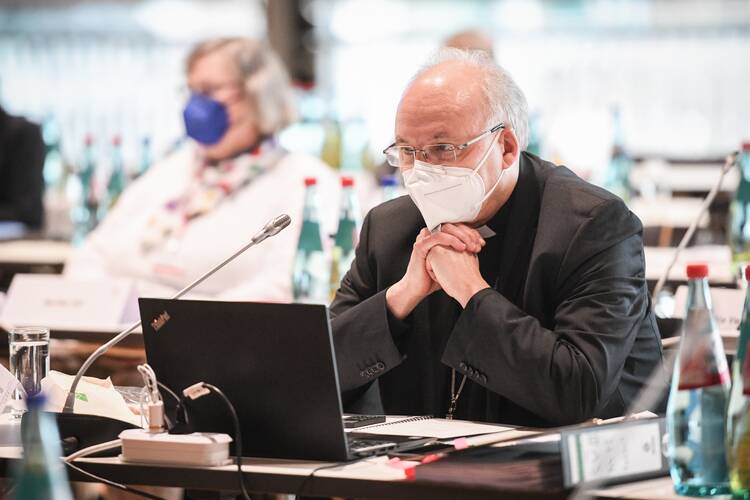 Bishop Rudolf Voderholzer of Regensburg has once again sharply criticised the Synodal Path reform process in Germany. Attempts are being made to challenge the bishops’ authority to interpret church doctrine, Voderholzer wrote in the newspaper Tagespost.

Voderholzer criticized the fundamental “orientation text” adopted by the Synodal Assembly in Frankfurt with a two-thirds majority. He said it denied the importance of the episcopal magisterium as an authority for interpretation.

Attempts are being made to challenge the bishops’ authority to interpret church doctrine, Bishop Voderholzer wrote.

The right and the duty of the bishops to exercise their power of interpretation was thereby also called into question “when theologians interpret Scripture against the creed and the church.”

Voderholzer also criticized that the texts of the Synodal Path usually referred to “the” theology. This suggested a “uniformity in theological research that contradicts the actual pluralism of theology with debates and changing hypotheses.”

The impression of a “theology in the singular” was also fostered by the fact that only theologians of a certain direction were represented in the forums of the Synodal Path and “dissenting voices” were not allowed.

Voderholzer, who himself was a theology professor for issues of dogma for eight years before his appointment as bishop, concluded with the words: “It is becoming apparent that the magisterium of the bishops is being replaced by the magisterium of a rationalistic German university theology. It has rightly been said, with regard to the style, length and complexity of a large number of the texts dealt with by the Synodal Path, that they are texts by theologians for theologians.”