I am an abuse survivor. I believe the synod will teach the church how to listen. 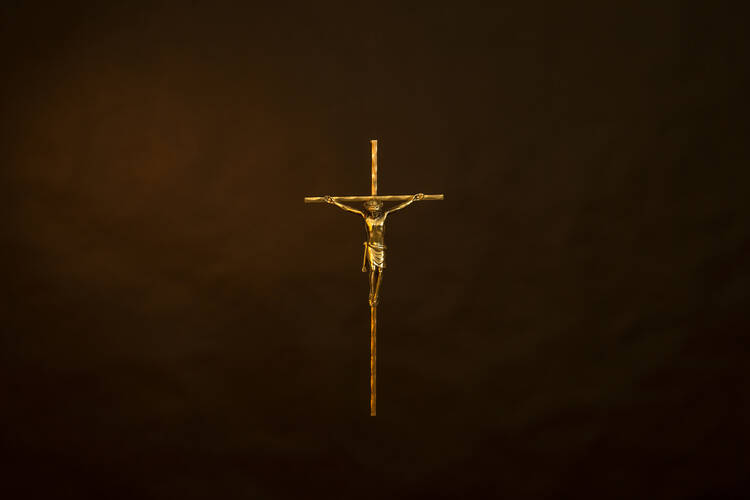 On Dec. 9, 1968, I pulled a stool next to my father in his room at Mount Sinai Hospital in New York City, the same hospital where so many coronavirus patients succumbed during the Covid-19 pandemic. A nuclear veteran, age 40, with acute leukemia, he lay in a full protective bubble. I had to touch him through a rubber glove that extended from a plastic sleeve. He turned his head and fought a smile. His hollowed eyes reached mine. As a Catholic and an altar boy, I felt like the women at the foot of the cross. Two hours later my father died. I had just turned 12, and I didn’t realize that my darkest days were ahead.

His death left our family shattered. My mother fell prey to her alcoholism, and I fell prey to her escalating physical and mental abuse. Father figures in the community sought me out. Some were well-intentioned, others were not. In my 13th year, I was raped by a male teacher. Molestation by a Roman Catholic priest would follow. This set me on a journey into depression and addiction for which I can barely find the words. As William Styron, author of Darkness Visible: A Memoir of Madness,wrote: “Depression is a disorder of mood, so mysteriously painful and elusive in the way it becomes known to the self—to the mediating intellect—as to verge close to being beyond description.”

Although I cannot describe it, I have worked to overcome it. For me, the church that was an arena of my abuse also offered the faith that became my lifeline back to health. It has taken decades. But I do find comfort in reflecting upon my recovery and realizing that healing is possible for the abused in our midst, in and out of the pews. In the second half of my life, my interior captivity has indeed been freed. For me forgiveness calms the storm. “And whatever you ask in prayer, you will receive, if you have faith” (Mt 21:22). Time takes time.

The church that was an arena of my abuse also offered the faith that became my lifeline back to health.

Now the church I love is in the midst of the Synod on Synodality, a time of communion, participation and mission. As a survivor both hurt and healed by the church, the timing of this discussion feels very right. The discussions happening now are an invitation to walk the common road with one another for a true synodal church, one fostering the tangible closeness of accompaniment, the kind that heals all wounds.

In his homily on Oct. 10, 2021, for the opening of the synodal path, Pope Francis called us to accompany one another in faith, to encounter, listen, discern like our Lord did numerous times before, during and after Calvary. What can this possibly mean for victims shamed by the church? How can accompaniment heal the wounds, soften raw pangs of despair, calm the winds of anxiety and depression within, bring light from the canyons of darkness?

As a clerical abuse survivor who was broken for decades by clericalism, rendered silent by cover-up, and like countless others weathered spiritual bankruptcy, I believe this is indeed a historic moment for our church. And I believe that Pope Francis, a man from the southern hemisphere who knows what it means to go out to the margins, is onto something. The abused, arguably more than any group in our church, have suffered horrific pain because we were wronged by the church that we trusted and in which we grew up. The church we knew caused us so much hurt, unfathomable pain of mind, body and spirit. There was simply no way to fit into our skin. Trauma was the devil. Yet, through the One Bread and One Body we believe in, this same institution can actually be the solution for healing.

I believe that the synod—the common road—is the process for renewal that is needed right now in the first quarter of the 21st century, nearly 70 years after the Second Vatican Council. To renew the face of the earth and truly imagine a new church, a better one that unabashedly encourages us to encounter, listen and do the real work of discernment, I believe that those of us who have been abused can serve as models of honesty during this synodal process. Just imagine those brothers and sisters in and out of the pews who have never told their story. What a moment in time for the church to listen fearlessly, to walk with them.

I believe that the synod—the common road—is the process for renewal that is needed right now in the first quarter of the 21st century.

The synod recognizes that the People of God, those whom God has called out of darkness into God’s light by virtue of their baptism, is called to walk the same road in the right direction. A synod is not called to defend or to change anything. Rather, it convokes an assembly that discerns what the Holy Spirit asks of the church at this time in light of the mission for which it exists: to evangelize. The synod is not a program—certainly not simply a meeting—but a process, or rather, the program is that process of listening, praying, discerning, of recommending. The synod is a call to unity for all of us, in the pews, in this pulpit, in the sanctuary. A call that binds all of us to a communal act of obedience that is first and foremost, listening.

Just before Christmastime I had three unique experiences of the synodal path that spoke to how crucial listening is, particularly for victims and survivors within our church. During the meeting of the United States Conference of Catholic Bishops in Baltimore, I—as co-founder of the Global Collaborative, a survivor-led organization that promotes accountability, justice and healing for children, minors and vulnerable adults sexually abused and exploited across every nation—along with several survivors and other faith leaders from various traditions were joined by some prelates attending the session for a sunrise walk.

We literally walked arm in arm. As Cardinal Sean O’Malley, archbishop of Boston and president of the Pontifical Commission for the Protection of Minors, remarked in prayer, “We are here because the world is very broken from abuse; we’re here to heal.” Jerry McGlone, S.J., himself a survivor, and senior research fellow at the Berkley Center at Georgetown University, said as we walked: “We can do something in a public way that provides hope for those who will never tell their story, because in remembering, hopefully we will never repeat what has happened.... The body of Christ is pretty injured these days…what do we do with the body of Christ?... We hold it, care for it. We don’t forget.” Dr. Jennifer Wortham, a research associate and leader of the Human Flourishing Program at Harvard University, spoke of how her brothers were abused by their family priest saying, “My brothers experienced many challenges throughout their lives as a result of their childhood abuse, but I believe the most difficult challenge they experienced was the loss of their faith.” Cardinal Tobin, who also walked that morning alongside his brother New Jersey bishops offered a prayer: “God, help us for the courage to name the evil among us, to eradicate it, with your power.” Rabbi Joseph Potasnik, the executive vice president of the New York Board of Rabbis, prayed: “My friends, it is not enough to survive. We want to succeed.”

By listening we all walk together; along the route of life we must encourage forgiveness but not exoneration.

Following the sunrise walk I gave two talks, one in person to a group of first-year seminarians at the same seminary where Theodore McCarrick had strayed a generation ago, and the second, virtually, to a gathering of Jesuit provincials from around the globe meeting in Rome. What struck me about both opportunities to share my witness and provide testimony as a clerical abuse survivor was that both sessions, astonishingly, were similar in this respect: Many of the participants had never had the experience of listening to a survivor. For the largely young seminary students, only one raised their hand when I asked who had spoken to a victim/survivor before. And, among the priests leading their respective territories on behalf of the Society of Jesus, nearly a quarter of them had never spoken with or listened to someone sexually abused by a priest or anyone else.

My witness is simply this: Listen to the voices of victims and survivors. By listening we all walk together; along the route of life we must encourage forgiveness but not exoneration. As the recently deceased Archbishop Desmond Tutu of South Africa wrote in The Book of Forgiving, “ Forgiveness feels as if a weight has been lifted off you and you are free to let go of the past and move forward in your life. It may not be found in a single act of grace or a simple string of words, but rather in a process of truth and reconciliation.”

As we journey—abused, broken, rich or poor, religious or lay, young and old—we will more fully realize the fruits of a synodal church if we listen to one another. I believe we can look to Simon of Cyrene, who carried our Lord’s cross, for inspiration. If we are bold and humble enough to help carry one another’s crosses as true servants of Christ, our Redeemer, then we will not only survive, we will succeed, regardless of any wound we bear in our shared pilgrimage.

The synodal road offers a marvelous roadmap, a call to action in our church if there ever was one in our lifetime. The church has caused great pain. But the church is also where we will find the greatest healing.

Correction, March 23, 4:30 p.m.: A previous version of this article gave the wrong title to Jerry McGlone, S.J. He is a senior research fellow at the Berkley Center at Georgetown University, not the director. 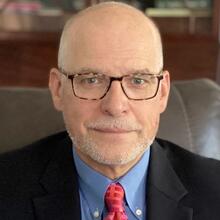 ‘We thank God for the pope’: Takeaways from Pope Francis’ visit to Congo
In the D.R.C., Pope Francis has shown his advanced age and physical mobility problems have not limited his extraordinary capacity to console the afflicted, call evildoers to conversion and sustain the faithful in hope.
Gerard O’ConnellFebruary 02, 2023