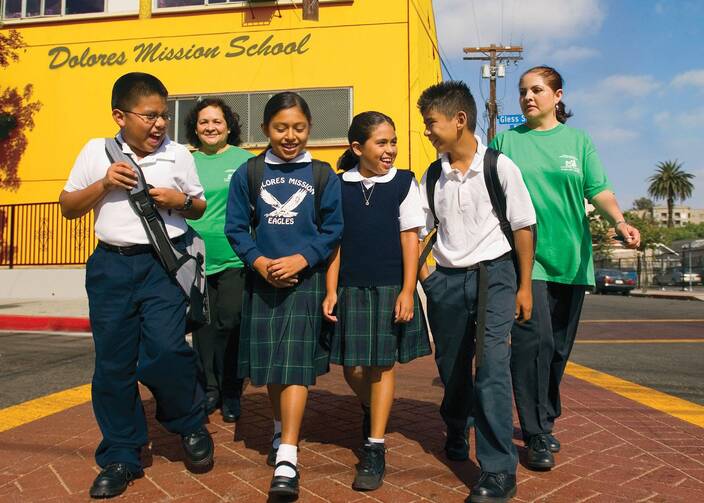 Many Hispanic families in the United States make countless sacrifices every year to send their children to Catholic schools. It is not always easy. It is clear that the rising cost of a Catholic education is a significant barrier to Hispanic enrollment. Less quantifiable is the degree to which Hispanics feel that they are not part of Catholic schools, that they do not see themselves or their cultural traditions reflected in the personnel and curriculum at these institutions.

Major efforts have been made in recent years to address these challenges, including an expansion of bilingual schools, parental choice programs, financial aid scholarships and madrina/padrino programs—which pair new families with mentor families. Hispanic teachers and leaders may hold the key to address the third challenge, making Catholic schools more welcoming and embracing educational spaces for Hispanic children and their families. This is one of the major conclusions in the just released Boston College report “Cultivating Talent” (available at rochecenter.org), for which we served as the principal investigators.

In 2016, the National Catholic Education Association reported that Hispanics made up 7 percent of all faculty members in Catholic schools, including full-time and part-time teachers and leaders. That percentage had increased to only 9 percent in the academic year 2020-21. There are about 14,600 Hispanic teachers and leaders serving in Catholic schools throughout the country. These numbers are growing steadily and, as they do, so does the impact of these educators upon the life of these schools.

Hispanic educators sustain and expand the mission of Catholic schools in our country in critically distinct and transformative ways.

Hispanic educators sustain and expand the mission of Catholic schools in our country in critically distinct and transformative ways. They are gente puente (“bridge builders”), leveraging bilingualism and biculturalism to strengthen schools, faith communities and the larger society. They are anchors within their schools, contributing deeply to the shared cultural, religious and intellectual wisdom that enriches students, families and their colleagues. Through their work within and around Catholic schools, they share in a common desire for justice, inclusion, affirmation and expansion of opportunity for their students.

Inspired by the more than 300 Hispanic educators in Catholic schools who lent their voices to our study, we believe that representation truly matters. We built on research that shows Hispanic students benefit greatly from learning and growing with teachers and leaders who share their cultural and ethnic/racial heritage. That is true of Hispanic students in public, charter, Catholic and other private schools.

A Hispanic teacher shared this anecdote with us:

I remember clearly, when I started as a director, one family came...a very humble family. And the lady was like, ‘So you’re Hispanic?’ I said yes. She didn’t know how to read or write...and she was like, ‘You’re the director?... You speak my language?’ She was pretty much in shock. And then she looked at the little girl and said, ‘One day, you’re going to be like her….’ I had to hold my tears.

Many other Hispanic educators who participated in this study shared how conscious they are that their presence in Catholic schools means something special for children and families of Hispanic backgrounds. They embody possibility for members of a community that regularly hears negative messages about their culture, traditions and their very identity from various corners of our society.

Hispanic educators bring powerful, essential and necessary voices and gifts that are essential to sustain the mission of Catholic schools in the United States.

Another finding from our study is that about two-thirds of Hispanic educators in Catholic schools attended a Catholic school at some point before college, and nearly half of that group told us that their own background influenced their decision to work in a Catholic school. This corroborates the belief that a firsthand experience in Catholic schooling can significantly influence a commitment to Catholic education. And it is one more reason why we as a Catholic community need to continue to welcome and support Hispanic children in Catholic schools. Doing so is an investment in their future and in the future of our schools.

The Hispanic educators in our national study shared a strong sense of being called to teach in Catholic schools, build a better world and make a difference for others. Practically all (98 percent of respondents) felt that being an educator in Catholic schools allowed them to contribute to the common good. There is no doubt that this sense of vocation is grounded in their faith. Indeed, an extraordinary 85 percent said that they attend church regularly. This finding not only reveals a strong sense of Christian discipleship but also shows an enormous potential for engaging these educators in collaborative evangelizing efforts beyond the context of school.

So there is much to celebrate about the presence of Hispanic educators in Catholic schools. Their numbers are growing, and our study confirms that their presence is a true sign of hope.

As we advanced our research, however, we discovered a trend that should be a red flag for Catholic schools during the pandemic.

Hispanic educators bring powerful, essential and necessary voices and gifts that are essential to sustain the mission of Catholic schools in the United States. We must support them and create pathways that lead more educators like them to dedicate their lives to these school communities. During this Catholic Schools Week, let us again embrace diversity in our church as a gift.

For the full report, go to“Cultivating Talent: A Summary Report of Findings from the National Study Examining Pathways to Increase the Presence of Hispanic Teachers and Leaders in Catholic Schools.” 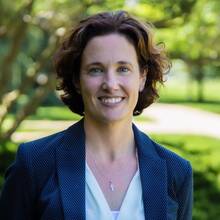 Melodie Wyttenbach is the executive director of the Roche Center for Catholic Education at Boston College. 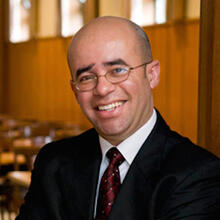 Hosffman Ospino is an associate professor of Hispanic ministry and religious education at Boston College, School of Theology and Ministry; email: ospinoho@bc.edu.

ospinoho@bc.edu
Show Comments ()
Join the conversation: Login or create an account
Before you can comment, you need to update your profile to include your first and last name, as required in our comments policy. Then reload this page and you'll be set up for commenting. Update your profile