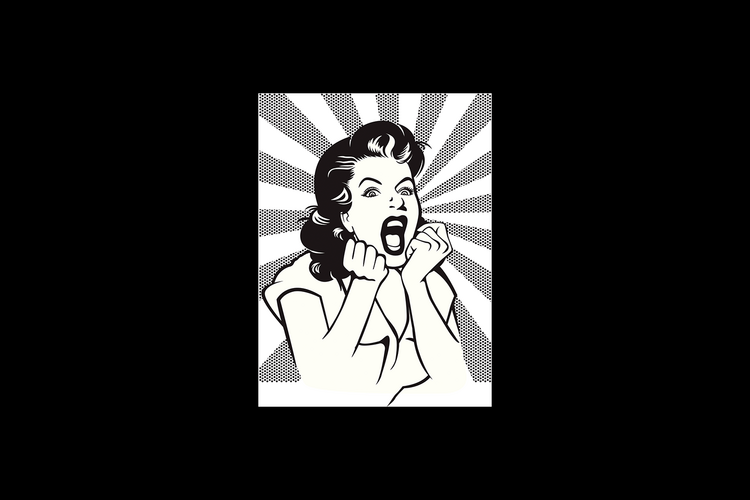 On Sunday, The New York Times published a story about Boston moms who met on a football field late one night recently and spent 20 minutes screaming.

Their reason for doing so was, well, life. As we near two years of the Covid-19 pandemic, the demands on parents remain nearly impossible, and there is still no vaccine for children under age 5. While many of us are trying to wait out the omicron wave so we can get back to some small and guarded measure of normality, these women and other parents are still waiting for any kind of ordinary life at all.

Screaming as a form of therapy is not something you hear about much anymore, other than during finals week on college campuses, like at my own alma mater of UCLA. But I wonder if it is not a practice we should be encouraging, not only in general but specifically in our faith communities. As anyone who has ever had enough and taken a moment for a good long scream in their car can tell you, there is something genuinely cathartic in releasing the feelings that get pent up in our lives. Sometimes you don’t know even how burdened you have been until you let those emotions out.

Screaming as a form of therapy is not something you hear about much anymore. But I wonder if it is not a practice we should be encouraging in our faith communities.

When it comes to anger, we Catholics in particular often find ourselves between a rock and a hard place. We have been so conditioned to understand not only any expression of anger but the feelings themselves as a sin that we are left with nowhere to “put” those frustrations when we have them. I cannot tell you how many confessions I have heard that amount to someone being ashamed about feeling angry toward someone who has hurt them.

This is not what Jesus’ call to turn the other cheek intended. Forgiveness is as much a journey as it is a choice. Feeling and expressing pain and anger are essential steps along that path and along the path of healing, too. Our anger vented is like blood emerging from a cut; we may think it’s a bad thing, but in fact it is the way that the body cleans itself out.

Recently on the “Jesuitical” podcast, Bishop Frank Caggiano of Bridgeport, Conn., relayed his experience doing listening sessions for a diocesan synod in 2014. “Some of it was very painful,” he says, “because people were just so angry…you could see the genuine anguish.” Much as with the moms on the football field, just allowing people to express their pain proved to be an enormous service. “Many times people afterward, in the years to follow, they thanked me simply for being able to [express their anger],” said Bishop Caggiano, “for there was nowhere else to say it, and that itself is healing.”

Feeling and expressing pain and anger are essential steps along that path and along the path of healing.

The bishop’s comments also capture the other problem when it comes to the church and anger: Catholics are so rarely afforded a forum in which they can express their concerns or share their trauma—or really share any feedback about their experiences. When was the last time the pastoral team at your parish held a listening session where people could come and talk about whatever they wanted? Or that the bishop offered the same during a parish visit?

In part, the lack of these practices is another bellwether of the broader crisis in the church today. More and more American priests are overwhelmed by their day-to-day responsibilities and may not have the resources to employ many additional staff. And as much as we might be frustrated with our bishops, many of them also find themselves in over their heads.

But it is also the case that we are just not good at letting people express themselves, especially when there is anger involved. Two decades after the Boston Globe’s first reports on sexual abuse in the church and the Dallas Charter, somehow we are still in a situation where church officials can refuse to take the time to sit with victims of abuse and let them tell their stories. Hans Zollner, S.J., an expert on sexual abuse, has pointed to the lack of pastoral care for victims as the most significant ongoing issue in their capacity to move on.

Sometimes anger is a truth that needs to be heard. Our church does itself and its people a grave disservice by offering no real fora in which that can happen.

“The biggest obstacle [to healing],” he said, “is that they have encountered a good number of church representatives who have not listened to them. Most victims, survivors that I’ve met only request that they be listened to with an open mind, open ears and an open heart. And many of them didn’t encounter that attitude but encountered a legal approach, a psychological approach, a coldness and the rejection of any requests of a personal encounter.”

Sometimes anger is an engine that can fuel change. The recently deceased Buddhist monk Thich Nhat Hanh once invited bell hooks to “hold on to your anger and use it as compost for your garden.” The Rev. Bryan Massingale has noted that St. Thomas Aquinas, whose feast we celebrate this week, also believed in a positive form of anger: “Anger is the passion that moves the will to justice.”

Sometimes anger is a pressure that needs release, a truth that needs to be heard. Our church does itself and its people a grave disservice by offering no real fora in which that can happen. It reinforces the idea there is something wrong with us when we are angry, when in fact our feelings are often a gift and a path we walk with God.

I wonder how many of the screaming Boston moms are Catholic. More than a few, I bet.