Left on the shelf, the sacred Scriptures can do nothing 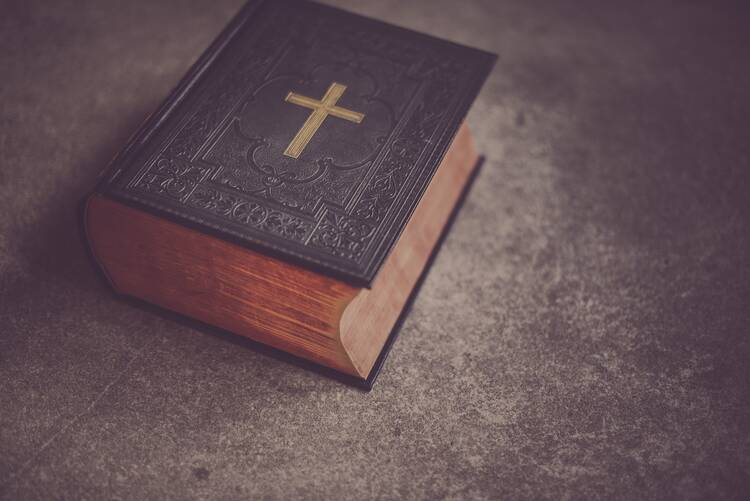 Photo by Kiwihug on Unsplash

A Reflection for the Third Sunday in Ordinary Time

She is a famous television character, instantly recognized by baby boomers. She rose to lasting fame without ever saying a word, though the doll that Mattel later marketed to millions of little girls in 1967 did cycle through seven pull-string sayings.

In the 1960s sitcom “Family Affair,” Mrs. Beasley was the rag doll constantly carried and consulted by Buffy, one of three orphans adopted by their Uncle Bill, the Gotham architect and man-about-town—and by his butler, Mr. French. Only 5 years old and transferred from Terre Haute, Ind., to New York City, it is easy to understand why Buffy constantly turned to Mrs. Beasley for both comfort and insight.

The greatest act of reverence we can give to the Scriptures is to prayerfully read them.

Yes, like many a preacher, Old and New Testament, I am assailing idols. To begin, “The Holy Bible” is a relatively new contrivance. Christianity existed for 15 centuries without it. Sacred Scripture tended to be understood in the plural, and the sacred texts were something to be proclaimed to assemblies, not printed, studied and debated at one’s leisure.

It is only with the printing press and the Reformation it prompted that the “Bible” became an image of the faith itself. And it was an image, an artifact as closely associated with Protestantism as statues and crucifixes are to Catholicism. And, just like statues of saints, a temptation and possible confusion was created. One could mistake an artifact for the artist, a human creation for the creator of humanity.

Revelation is an act of love. God offers God’s self to us in revelation, but, as with every other act of love, it must be received.

“Dei Verbum,” the Second Vatican Council’s magnificent “Dogmatic Constitution on Divine Revelation,” identifies Christian revelation with the person of Jesus Christ. He is the revelation of the unseen God, and he comes to us through the power of the Holy Spirit.

Where and how does Christ come to us? “Lumen Gentium,” the council’s “Dogmatic Constitution on the Church,” answers that question. Christ reveals himself in the community that proclaims his message and celebrates his sacraments.

The Son, therefore, came, sent by the Father. It was in Him, before the foundation of the world, that the Father chose us and predestined us to become adopted sons, for in Him it pleased the Father to re-establish all things. To carry out the will of the Father, Christ inaugurated the Kingdom of heaven on earth and revealed to us the mystery of that kingdom. By His obedience He brought about redemption. The Church, or, in other words, the kingdom of Christ now present in mystery, grows visibly through the power of God in the world (§ 3).

The church existed before any of her Scriptures. They are, after all, crystallizations of her life and teaching. Even the Hebrew Scriptures the church had to declare its own. For us, of course, the Scriptures are binding testimonies. But in themselves, they are still inanimate. They only live, are only infused with the spirit of God, when the church—collectively and in each of her members—reads and prays over them. Indeed, the only way to know that the spirit of God, the Paraclete whom Christ promised to us, still speaks to us is when the individual and the community together hear the same voice of the bridegroom.

Left on a shelf, the sacred Scriptures can do nothing. They are like the texts before they were uncovered and then proclaimed by Ezra or the scroll not yet opened by Jesus. They are not unlike “the real presence” in an unattended tabernacle. God remains, but revelation only occurs when humans open themselves and receive God. The greatest act of reverence we can give to the Scriptures is to prayerfully read them.

Revelation is an act of love. God offers God’s self to us in revelation, but, as with every other act of love, it must be received. God has addressed us in the person of his beloved Son. Revelation awaits our response.