Harry Potter helped me to heal from incest abuse 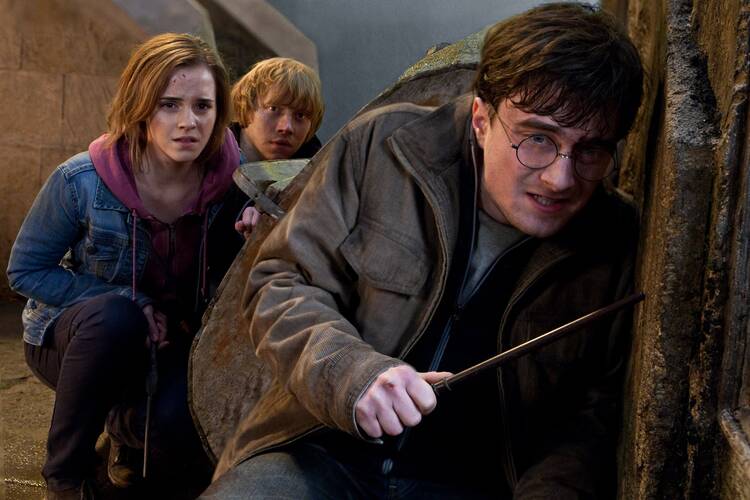 Daniel Radcliffe, front, Emma Watson and Rupert Grint star in a scene from the movie "Harry Potter and the Deathly Hallows -- Part 2." (July 13, 2011)

On New Year’s Day, I sat down to watch HBO Max’s “Harry Potter 20th Anniversary: Return to Hogwarts.” In this two-hour special, J.K. Rowling, the author of the series, and the cast and crew of the films remember their decade together making the magic of the books come to life on screen. This year also marks the 20-year anniversary of The Boston Globe’s reporting on the child sexual abuse crisis in the Catholic Church.

As an abuse survivor who was raised Catholic, these two events are intricately related for me. I listened to Danielle Radcliffe, Emma Watson, Rupert Grint, Tom Felton and others reflect on becoming a family and recalled how the Harry Potter series helped me to create a fulfilling life after being betrayed by my family and the church as a survivor of incest abuse.

I found a part of myself the moment I met Harry Potter in the closet under the stairs at 4 Privet Drive. He was “The Boy Who Lived,” the only survivor of Voldemort. I was “The Girl Who Lived,” a baby who had half of her large colon removed at 6 months old and grand mal seizures until the age of 5. Who, beginning at age 2, suffered from intergenerational incest abuse under the bodies of three men in my family.

The Harry Potter series helped me to create a fulfilling life after being betrayed by my family and the church as a survivor of incest abuse.

Harry’s scar marked his forehead in the shape of a lightning bolt. Mine stretched in a straight line from my navel to left hip and hid within the neurological pathways of my mind and buried deep inside the muscles of my body. My being felt like it had suffered a Dementor’s Kiss—as if my soul had been sucked out, forcing me to live a half-life. As Harry’s body held a living part of Voldemort, I became my abusers’ Horcrux, an object that contained a part of his soul. My identity, behaviors and purpose were all intrinsically linked to serving or fighting the men who abused me.

Harry could not remember what happened the night his parents were murdered nor how he had earned his scar. Similarly, the memories of incest abuse were pulled from my memory and placed within my subconscious to be retrieved when I was ready to receive them. Harry left the Dursleys and built a new family system through friends, pieced together the story of his parents from the memories of their companions and risked everything to kill the monster that threatened to kill him and destroy his world.

In the last decade of my life, I walked away from my family when they demanded forgiveness of my perpetrators without the accountability necessary to ensure the next generation would be safe. I recovered the forgotten memories, continue to purge the internalized shame and am learning to manage the consequences of developmental trauma that cause Complex-P.T.S.D. My identity, my family and my purpose all shifted to stop serving my abuser and save the lost half-life within.

Like Harry, loyal friends, masterful mentors and surprising tools presented themselves to aid me in this perilous process. For him, it was the sword of Gryffindor, a flying broomstick or an invisibility cloak. The cleverness of Hermione Granger and the constancy of Ron Weasley accompanied Harry alongside the secret protections of Severus Snape, the hints of Albus Dumbledore and the devotion of Sirius Black.

Societal taboo around the topic of incest mirrors the wizarding world’s fear of Voldemort: It is the common social problem that still “shall not be named.”

For me, it was E.M.D.R. therapy to rewire my brain, acupuncture and herbs to soothe my body, ease and exercise to regenerate my being and Reiki to recover my sucked-out soul. A number of people joined in my fight to save my own life—friends who healed me of loneliness by listening to my litany of losses, the parents of other children who taught me how to re-parent myself and advocates who sought to kill the patriarchal violence that still resides in parts of our society.

The Wizarding World of Harry Potter was not just an escape from the lonely reality I lived; it was a metaphor, a Marauder’s Map, that showed me the way when a roadmap for healing didn’t yet exist for the recovery of incest abuse survivors. The story was my Patronus Charm—a magical spell that bound me to the belief that the power of friendship and the commitment to justice would help me to heal.

The incantation for the Patronus Charm is Expecto Patronum, which loosely translates from Latin to “I expect a guardian.” Family offers identity, belonging and security. Church offers a cosmology from chaos, a constant community and rites of ritual that provide meaning to the often complex human experience. Family and church are two contexts in which I expect to encounter guardians, not people who perpetrate crimes against children.

Today, the fullness of my chosen family, the power of healing and the rituals of advocacy fill me with an unimaginable litany of love. The type of magic once reserved to the world of fantasy is now very much real because the mischief of violence has been managed, the horcruxes destroyed and the root of evil dispelled from my personal life.

It doesn’t take magic wands or special spells to ensure the next generation of children are safe.

A central difference between Harry’s story and mine is that he was the only survivor of Voldemort. I am only one of many survivors of childhood sexual abuse, specifically incest. Just as Voldemort had his accomplices to secure his violent ends, some members of the Catholic hierarchy covered up for priests who preyed on children for their own pleasure by passing them from parish to parish.

Though I left the church, gratefully, I had guides to help me find spiritual fulfillment through the art of Ignatian contemplation. As I broke my spiritual dependency on the institution, I found consolation in colloquies with Christ. Like Harry’s parents, Jesus met me in my mind to help me during trying times. Nature became a composition of place to encounter the power of love face to face.

The indelible mark of violence still rests within my body and within so many institutions. Even after #MeToo went viral in 2017, sexual abuse in the home remains a neglected subject in public discourse. Societal taboo around the topic of incest mirrors the wizarding world’s fear of Voldemort: It is the common social problem that still “shall not be named.” The invisibility of this issue allows violence to hide in the shadows and pass on from one generation to the next. Together, we must pull our courage from our pockets and cry “Lumos!” to illuminate the violence and create systems of safety.

It doesn’t take magic wands or special spells to ensure the next generation of children are safe. It simply requires a community of friends working together with the shared conviction that belief and belonging are bound to love. That love is just. And, most important, that love is safe. 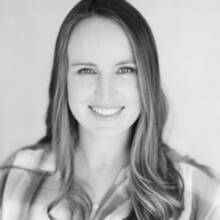 Anne M. Lauren is an author and activist. She shares her story of childhood trauma and recovery through writing and public speaking to express the significant intersections between spirituality, psychology, healing and justice on individual and collective levels. Anne’s story has been published in print and digital magazines like Arcadia, Elite Daily, The Mighty, Ms. Magazine and Elephant Journal. You can review her portfolio at annemlauren.com.

@annemlauren
Show Comments ()
Join the conversation: Login or create an account
Before you can comment, you need to update your profile to include your first and last name, as required in our comments policy. Then reload this page and you'll be set up for commenting. Update your profile