If you receive the gift of Christmas, you give it away 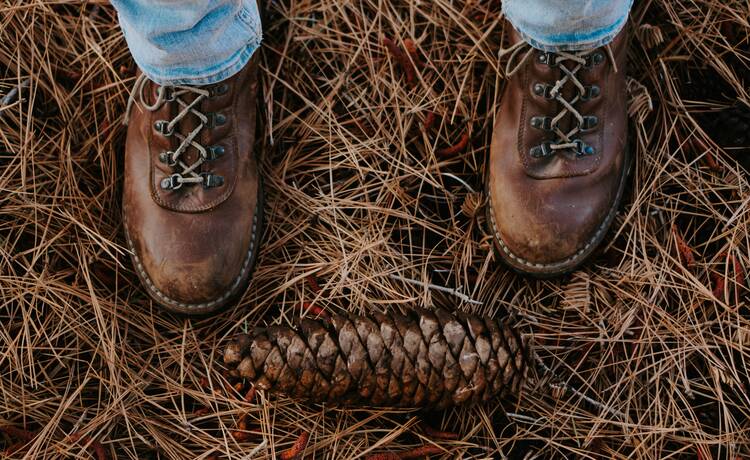 The gospels are given to us more as recipes than records. If they do no more than record what happened more than 2,000 years ago, they have failed in their purpose. They were composed to tell us who Jesus is and how we are to imitate him. So, if Christ is not constantly reborn in our midst, what happened in Bethlehem is only ancient history.

Let’s see how Christ’s birth bears fruit by way of another story. This one, from the great American writer O. Henry. It is entitled “A Chaparral Christmas Gift” and is included in the new American Christmas Stories published by The Library of America Collection (2021).

The original cause of the trouble was about twenty years in growing.

At the end of that time it was worth it.

Had you lived anywhere within fifty miles of Sundown Ranch you would have heard of it. It possessed a quantity of jet-black hair, a pair of extremely frank, deep-born eyes and a laugh that rippled across the prairie like the sound of a hidden brook. The name of it was Rosita McMullen; and she was the daughter of old man McMullen of the Sundown Sheep Ranch.

She had more than a dozen suitors, but two of them “Madison Lane and Johnny McRoy galloped far ahead” of the rest. “Madison Lane, a young cattleman from the Nueces country, won the race. He and Rosita were married one Christmas day.”

If we consider love our due rather than a gift that we give, we might be equally tempted to do what jilted Johnny McRoy did that Christmas. He came to the wedding celebration, where—this being the West—the wedding party’s weapons had been hung at the entrance.

The gospel is more recipe than record. The only way you know that you have received the gift of Christmas is to live in love.

“I’ll give you a Christmas present, he yelled, shrilly, at the door with his .45 in his hand.” His first bullet hit the groom in the ear. His next would have been for the bride, but a sheepman named Carter “hurled his plate of roast venison and frijoles at McRoy, spoiling his aim.” Carson followed the shooter out the door, only to be felled by Johnny’s bullet, fired from horseback. “I’ll shoot better next time, yelled Johnny; and there’ll be a next time.”

So far, O. Henry’s story seems all too contemporary. A young man, calculating what he considers his due, turns to violence. The story is as old as time and scattered fairly across the globe. If you start with yourself and see the world as being owed to you, you end up losing yourself and wounding most of the world you touch.

That night was the birthnight of the Frio Kid. He became the “bad man” of that portion of the State. The rejection of his suit by Miss McMullen, turned him to a dangerous man. When officers went after him for the shooting of Carson, he killed two of them, and entered upon the life of an outlaw. He became a marvelous shot with either hand. He would turn up in towns and settlements, raise a quarrel at the slightest opportunity, pick off his man and laugh at the officers of the law.

Frio Kid had the deaths of eighteen men on his head. About half of these were killed in fair duals depending upon the quickness of the draw. The other half were men whom he assassinated from absolute wantonness and cruelty.

If you find “A Chapparal Christmas Gift” too distant from what happened at Bethlehem, is it possible that you have bracketed the Christ Child out of the Christmas story? King Herod stalks this babe. Innocents will be murdered to prevent him from becoming our Messiah. Yet this child will be the crucified King of the Jews.

Myrrh is mine, its bitter perfume

Breaths a life of gathering gloom

Sealed in the stone-cold tomb

King and God and Sacrifice,

The Christ child comes to us as the gift of God. The Father has sent him into our midst to be our redemption, our consolation and our hope. But the gift can be refused because it is a gift. Christ does not impose himself upon the world or upon us. Indeed, there is only one way to know that the gift of Christ has been received: the one who receives the gift becomes a giver, stops calculating, and lives according to a single rule, that of charity.

A year passes on the plains, and the Frio Kid’s heart has not softened, has not been redeemed. “Without heat,” he tells his companion, “I’m going…to go to Madison Lane’s Christmas doings, and kill him. I ought to have done it a long time ago.” His companion cautions him that going near the ranch would be suicide, but the Kid has a plan.

It is a wonderful evening at the ranch. Rosita’s supper is superb, and the kids love the Christmas tree. The men are relaxing and smoking on the balcony, which overlooks the happy room when Santa appears to distribute gifts. “It’s my papa,” announced Billy Sampson, aged six. “I’ve seen him wear ‘em before.”

When Rosita climbs the stairs to the balcony, one of the men asks if she still fears the vengeance of the Frio Kid. She admits to being a little nervous. “He has committed awful crimes,” said Rosita, “but—I—don’t—know. I think there is a spot of good somewhere in everybody. He was not always bad—that I know.”

Then “Rosita turned into the hallway between the rooms. Santa Claus, in muffling whiskers and furs, was just coming through.”

“I heard what you said through the window, Mrs. Lane,” he said. “I was going down in my pocket for a Christmas present for your husband. But I’ve left one for you, instead. It’s in the room on your right.”

Rosita went into the room while Santa Claus stepped out into the cooler air of the yard.

She found no one in the room but Madison.

“Where is my present that Santa said he left for me in here?” she asked.

“Haven’t seen anything in the way of a present,” said her husband, laughing, “Unless he could have meant me.”

O. Henry’s story ends with a report that the Frio Kid was finally laid low on Christmas. A Mexican sheep herder shot him from behind as he rode by. “Funniest part of it was that the Kid was dressed all up with white Angora-skin whiskers and a regular Santy Claus rig-out from head to foot. Think of the Frio Kid playing Santa.”

The gospel is more recipe than record. The only way you know that you have received the gift of Christmas is to live in love.