We live in a violent world. But with Jesus, violence will never overcome us. 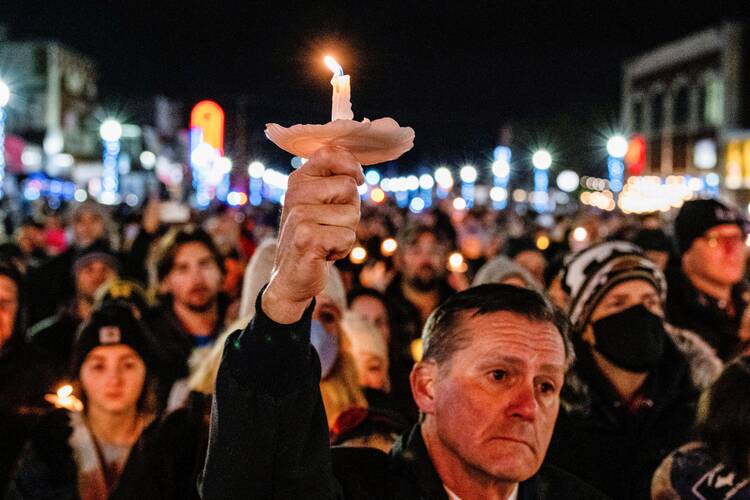 People in Oxford, Mich., gather for a vigil Dec. 3, 2021, to remember the students killed in a mass shooting at Oxford High School. (CNS photo/Seth Herald, Reuters)

A reflection for the Thursday of the Second Week of Advent

Jesus said to the crowds:
“Amen, I say to you,
among those born of women
there has been none greater than John the Baptist;
yet the least in the Kingdom of heaven is greater than he.
From the days of John the Baptist until now,
the Kingdom of heaven suffers violence,
and the violent are taking it by force.
All the prophets and the law prophesied up to the time of John.
And if you are willing to accept it,
he is Elijah, the one who is to come.
Whoever has ears ought to hear” (Mt 11:11-15).

Jesus and John the Baptist lived in a violent world. While they both survived Herod’s massacre of infants, they still ultimately suffered cruel executions.

In today’s Gospel, Jesus says that no human being was better than John, his imprisoned cousin. But, as John foresaw, Jesus would change everything. John prepared the way for the kingdom to come.

John proclaimed the coming of a new reign, one in which violence was not the answer. Those in power may have tried to use violence to keep John’s message quiet, but it didn’t work.

John proclaimed the coming of a new reign, one in which violence was not the answer.

Juan Diego Cuauhtlatoatzin, the “talking eagle” who the church celebrates on Dec. 9, lived in a violent world as well. The Spanish conquistadors used violence to try to subdue the Indigenous people of the New World. But that didn’t work either.

The Blessed Mother appeared to Juan Dieguito, a member of the Chichimeca tribe, numerous times in December of 1531 in what is now Mexico. The day of her final apparition, Dec. 12, she asked Juan Diego to fill his tilma, or cloak, with roses and present them to the local bishop. He did so and as the roses fell, they left the image of Our Lady of Guadalupe imprinted on his tilma.

The image, which has been venerated since that time, portrays the Blessed Mother still pregnant with Jesus. Mary appears as mestiza, exhibiting both European and indigenous physical characteristics. She is adorned with symbols that would be recognized by the Indigenous peoples of the area. The Blessed Mother revealed a better way to preach the Gospel.

We may never be free from the violence of this world, but by following Jesus, we will never be overcome by it.

Juan Diego is almost like the John the Baptist of the New World. He also helped prepare the way of the Lord. That way is never violent, and violence can never defeat it.

We also live in violent times. In these days leading up to the feast of the Incarnation, let us remember that our God is not a violent God. Instead, as the Christ child makes clear, God is willing to be vulnerable to us. We may never be free from the violence of this world, but by following Jesus, we will never be overcome by it.

During Mass, it’s probably to be “Adeste Fideles.” Gets me every time. At home, it’s definitely The Drifters version of “I’m Dreaming of a White Christmas.” My oldest son and I sing it often in the bathroom, usually one of us in the shower. (He’s better at the high notes.)

This might be a little complicated to explain. In my family, we put clues on the gift tags so that others can guess what it is. It’s some funny name in the “from” section. So, like, if it’s a Star Wars Lego set, it might be from “Garth Bader.” Jogging stuff might be from “Rocky,” purses from “Percy,” etc. My mom came up with this years ago. We take turns opening gifts, one at a time, and you can ask for help from others as you’re guessing. It can take a while, but I love it.

It’s probably this story about a Catholic school in South Carolina that actually increased enrollment during the pandemic. It was a good news story and the principal, Haymée Giuliani, inspired me to be a better person. She finds new ways to serve her diverse community.

This Christmas will be our first with our youngest son, so we don’t have that photo yet. But I’m sure it’ll be our favorite one. In the meantime, here’s a photo from this year’s Thanksgiving. 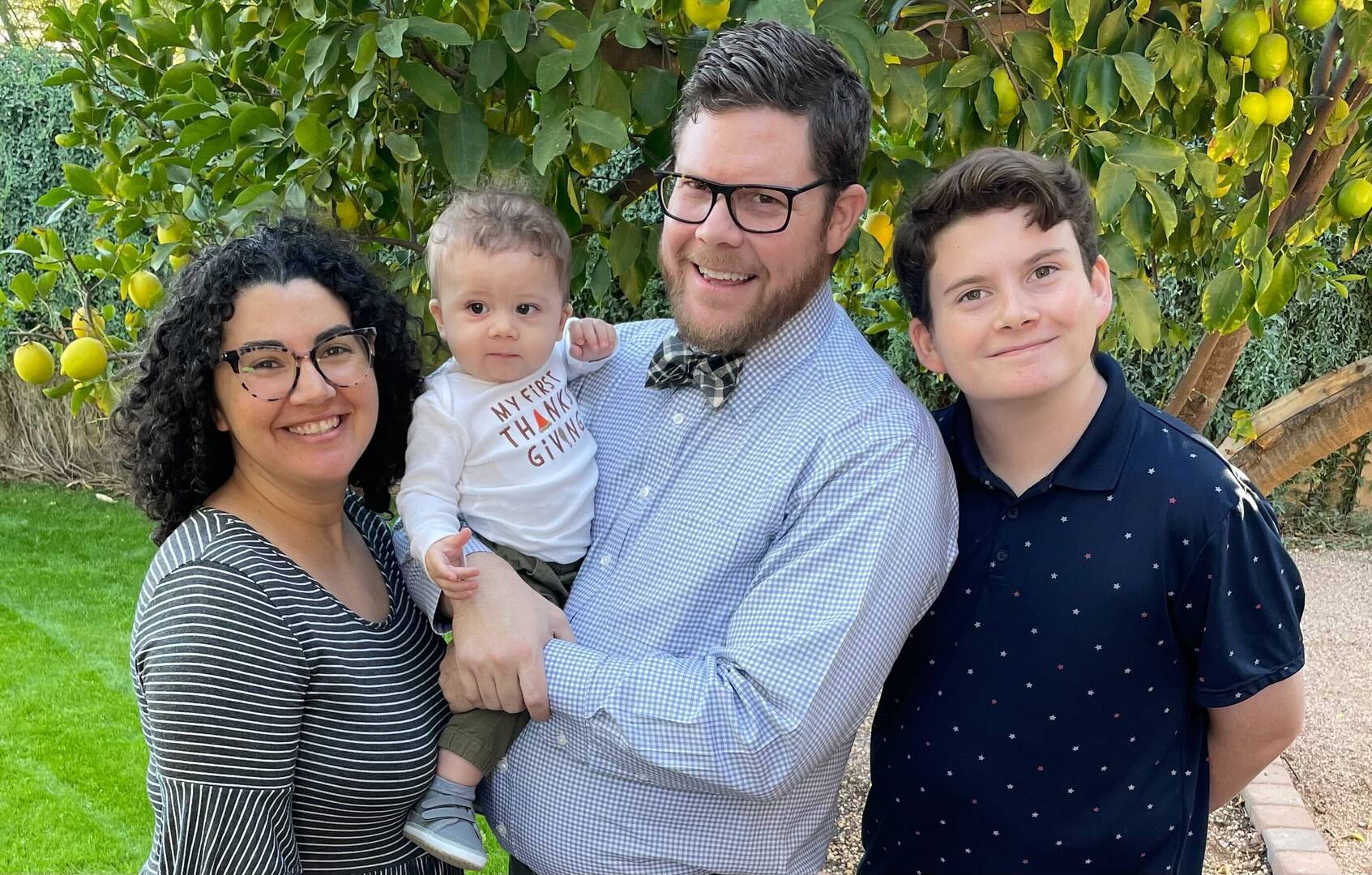