The time I was St. Nicholas for 72 college freshmen 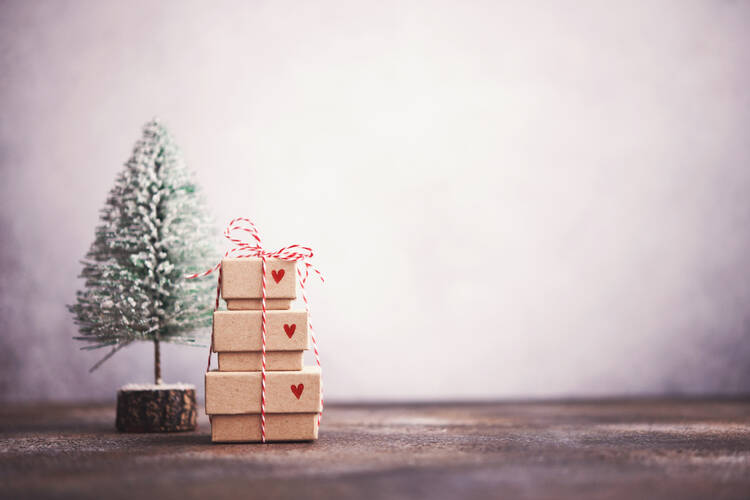 Once upon a time in Milwaukee, Wis., there was a 12-story freshman dorm that looked like a beer can and housed 720 freshman men.

No, really, there was. I know, because I lived there my freshman year at Marquette University. It was called McCormick Hall, and it was kind of like every ’70s and ’80s movie about college except for the fact that there was also Mass in the dining room every Sunday night. (I used to love hearing the sound of the soda machines gurgling as the priest delivered his homily in front of the salad bar.)

McCormick Hall is gone now, but I always think of it today, the feast of St. Nicholas. My junior year I worked there as a resident advisor, one of 22 undergrads hired to help our 720 freshmen get used to college. And on this day in 1989, the group of us pulled off one of the most satisfying capers in human history. At least, I think so.

McCormick Hall is gone now, but I always think of it today, the feast of St. Nicholas.

Sometime in the fall, the other advisor for my floor, a guy from Quincy, Ill., with a quick wit and a huge heart, told me he had an idea: Let’s write the parents of every guy on our floor and have them send us a gift and a note for their son for St. Nicholas Day, something that can give their child that extra boost they need to get through their first college finals.

We had 72 guys on the 10th floor. Come to think of it, we probably had more than that; McCormick was so full that year that we had guys living in the study lounge. But it was a great idea. So we wrote people’s parents a funny letter, telling them what we were up to and asking for their help.

And then we waited. Again, this was 1989—there was no internet, no way to determine if people received our letters, let alone whether they were O.K. with participating. All we could do was hope...and eventually call (there was no way to block callers yet, either).

Meanwhile, word was getting around among the other 20 R.A.s in our building of our plans. Before you knew it, our whole building was doing the St. Nick’s Day surprise. That is the kind of staff we had, guys who loved to do nice things for others and also really enjoyed anything that seemed even remotely similar to a prank.

That is the kind of staff we had, guys who loved to do nice things for others and also really enjoyed anything that seemed even remotely similar to a prank.

(There is some debate among us now as to whether we all participated. Hey, it was a long time ago! We’re all old now! Our memories are failing! It’s a better story my way!)

Packages started coming. It was exciting at first. This was going to be fantastic. But a kink in our plans soon emerged. Where exactly do you hide 70 care packages, let alone 720? As I remember it, the R.A. duty room (i.e., the lounge) soon looked like the North Pole after the elves had gone on strike and then a bender, and our closets and bedrooms, too. The only thing we had working in our favor is that no one expects to get a Christmas gift on Dec. 6 or from their R.A. or in a building that is 12 stories high, filled with freshmen and shaped like a can of Budweiser.

That night, we waited until everyone was asleep—another next to impossible situation in a college dorm. Thank God Dec. 6 fell on a Thursday that year and not on the weekend. (College freshmen, you need to sleep more!) Then, in the dead of night, we snuck around the floor, dropping off gifts just inside each room. Yes, inside: It wasn’t that we were afraid of anyone doing a gift swap or Grinching the whole thing. We just knew, if the presents are in the hallway, as soon as one guy gets up and sees them he’s going to be running around waking everyone else. Better to let each person find their surprise on their own terms.

You can have your Vegas heist movies, Hollywood; I will take the hustle in which a bunch of college guys end up secretly delivering gifts every time.

Here is the funny thing: 30 years later, I have absolutely no memory of our residents’ reaction. You would think that would be the high point, but no, for me, the thing that has lasted is the gratitude of having been able to be a part of that, to have been a middle man that enabled a bunch of really sweet kids to learn once again that they were remembered and loved by their families. That, and the delight in having pulled off this stunt in the first place. You can have your Vegas heist movies, Hollywood; I will take the hustle in which a bunch of college guys end up secretly delivering gifts every time.

We know very little about the real St. Nicholas. The one story that comes up again and again is of him tossing bags of gold into a home where there were three young women in desperate need. He did it at night, in secret. He didn’t want any attention for himself; he just wanted to help.

In 1989, I learned just how great that can feel. You might try it yourself. Not only is it a nice thing to do, it is infectious: When I spoke to my old friend from Quincy today, he told me he was just about to leave gifts for his wife and daughter. I am pretty sure it was one of the experiences that eventually made me think about becoming a Jesuit, too.