Sometimes, you should thank God for failure 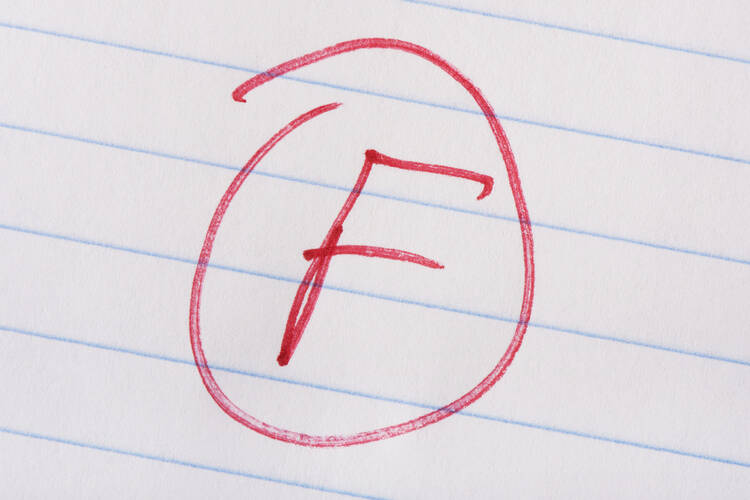 A Reflection for the Friday of the First Week of Advent: Memorial of St. Francis Xavier

“As Jesus passed by, two blind men followed him, crying out, ‘Son of David, have pity on us!’ When he entered the house, the blind men approached him and Jesus said to them, ‘Do you believe that I can do this?’ ‘Yes, Lord,’ they said to him. Then he touched their eyes and said, ‘Let it be done for you according to your faith.’ And their eyes were opened” (Mt 9:27-30).

Many years ago, I heard a wise priest preach a homily on humility that I have never forgotten. He pointed out that while we revere a saint like Francis Xavier (whose feast we celebrate today) as a great missionary for his zeal to convert souls and his successes in establishing Christianity in India, Malaysia and Japan, we often forget an important fact: Francis Xavier himself died thinking he had failed. His goal was to reach China and convert her to Christianity, but he died on Dec. 3, 1552, on Shangchuan Island—within sight of the Chinese mainland. His final words were similar to those of the blind men in today’s Gospel: “Jesus, Son of David, have pity on me,” and “Have mercy on my sins and failings.”

Doesn’t true faith—the faith shown by the blind men in today’s Gospel—require us to say “let it be done according to your will”? Well, what if God’s will includes a nasty surprise?

What that priest said next stuck with me: What if, he asked, God is calling us to fail? What if, for his own divine reasons, God asks of us incompetence and defeat in some great endeavor, in some task that seems good and holy, in an enterprise for which we feel perfectly suited? It is easy, after all, to assume divine favor rests upon us when we are successful, when our work bears great fruit or our dreams are realized. But do we offer thanks to God when the opposite happens?

There is something particular in American culture that links success—material or otherwise—with godliness; the echoes of the pilgrims, of Norman Vincent Peale, of the prosperity gospel can all still be discerned in our approach to success or failure. But doesn’t true faith—the faith shown by the blind men in today’s Gospel—require us to say “let it be done according to your will”? Well, what if God’s will includes a nasty surprise?

I imagine there are all sorts of reasons God might ask us individually or collectively to fail. We pray for humility but do not want to be humiliated; we may believe that the kingdom of God belongs to the poor, but we don’t want poverty for ourselves; we laud those people whose self-sacrificial actions made our lives what they are, but we don’t always want to pay that one forward, do we?

What if God wants us to learn a lesson about ourselves in a plan frustrated, a dream denied?

What if God wants us to learn a lesson about ourselves in a plan frustrated, a dream denied? Sometimes, perhaps, our blindness toward our own faults or our own self-satisfaction can only be removed the hard way. And sometimes maybe we need to acknowledge God’s ways are not ours.

Wendell Berry expressed something similar in a poem I have always loved, “IX”:

I go by a field where once
I cultivated a few poor crops.
It is now covered with young trees,
for the forest that belongs here
has come back and reclaimed its own.
And I think of all the effort
I have wasted and all the time,
and of how much joy I took
in that failed work and how much
it taught me. For in so failing
I learned something of my place,
something of myself, and now
I welcome back the trees.

Every one of us (perhaps the writers and farmers among us more than most) knows something of that experience. A wasted effort; a failed work; a plan gone sideways; a chance to be more humble. Even the saints like Francis Xavier felt it, regardless of how momentous their lives of holiness seem to us today. Maybe praying for failure is a bad idea, but maybe there are also times we should thank God for it.

This doesn’t have to be religious, does it? “Fairytale of New York,” by the Pogues and Kirsty McColl. An urban carol with its own redemption song.

The year my brother dressed up as Santa Claus for the benefit of a number of our nieces and nephews at our parents’ house in Burbank. I can still hear my father laughing as Bobby staggered around the living room trying to see over the big white beard, shouting “Santa has no peripheral vision!”

Does it count as a recipe if it’s just leaving the top off the tub of Red Vines because they taste better when they’re stale and chewy?

“When the Irish fought for Mexico against America: the little-known legend of the ‘San Patricios.’” It was a lot of fun to research and write about characters like that great war hero, “Santiago O’Leary.”

The Keanes (minus the youngest, Mike, who came along later), on a Christmas sometime in the late 1970s. Major props to Dad for that deluxe yellow turtleneck. I am the macrocephalous youngster in front in the Lawrence McCutcheon jersey. You don’t remember Lawrence McCutcheon? He went to the Pro Bowl five times in the 1970s! (O.K., I had to look him up, too.) 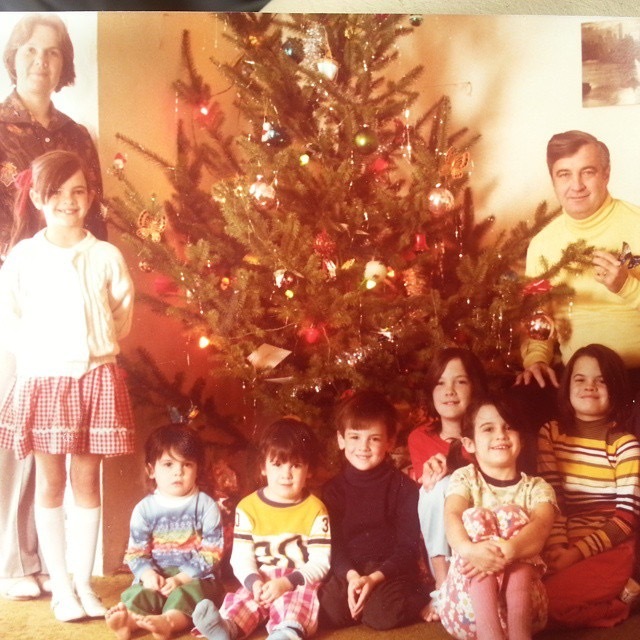