Christ’s coming is our reason to hope 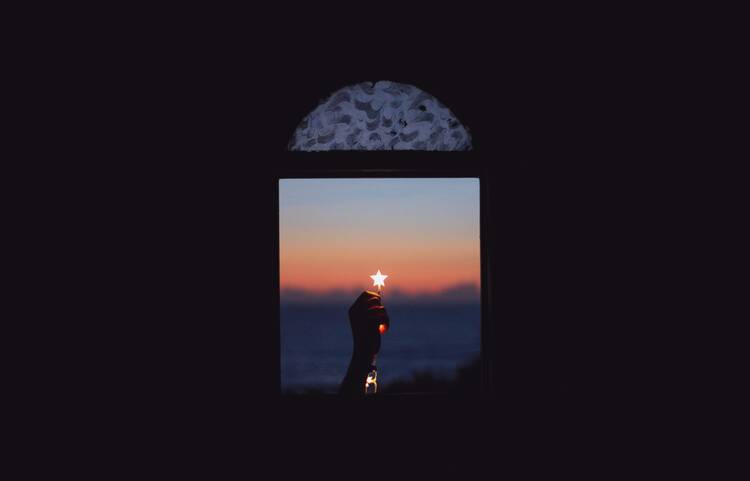 A Reflection for the Sunday of the Second Week of Advent

There’s a disquieting line in Second Place, the newest novel from one of my favorite authors, Rachel Cusk. It’s about time. It’s harrowing, but it rises to the highest level of art, saying something true, whether we like it or not. It may not be the whole truth, but it is one piece that needs to be acknowledged.

There is a certain point in life at which you realize it’s no longer interesting that time goes forward—or rather, that its forward-going-ness has been the central plank of life’s illusion, and that while you were waiting to see what was going to happen next, you were steadily being robbed of all you had.

Cusk is correct. We do move through time—the years, the months, the weeks—expecting the advent of something better: improved economic circumstances, greater health, happier relations with family members. Hope becomes life. It’s hard to know how to live without hope. Is it even possible?

Yet it is difficult to dismiss Cusk. Maybe hope is life’s central illusion. Maybe there is no advent, no breaking dawn, but only a setting sun, which we refuse to acknowledge.

It’s hard to know how to live without hope. Is it even possible?

More than any of the Evangelists, St. Luke insists that we search time itself for hope. The good news he seeks to share is not an ageless truth, not a new insight into the human condition. No, it is an event, one that changes everything. One that can, and must, be located at a particular moment in time.

In the fifteenth year of the reign of Tiberius Caesar,
when Pontius Pilate was governor of Judea,
and Herod was tetrarch of Galilee,
and his brother Philip tetrarch of the region
of Ituraea and Trachonitis,
and Lysanias was tetrarch of Abilene,
during the high priesthood of Annas and Caiaphas,
the word of God came to John the son of Zechariah in the desert (3:1-2).

Believe what Luke is about to narrate or not, it matters greatly to the Evangelist that he is proclaiming, not speculating. He is fully in line with the Hebrew Scriptures when he insists that at a specific moment in time, God, the creator of time, entered it. Here, by way of prophetic inspiration:

the word of God came to John the son of Zechariah in the desert.

St. Luke understands the life, death and resurrection of Jesus of Nazareth to be a new and final exodus. This one, out of time itself. Unlike his Jewish contemporaries, John comes preaching a baptism that is not to be repeated, because now the time has come for true repentance, a final turning away from sin. Just as the prophets had promised, God is opening a new way, out of exile, back into fullness of life.

Prepare the way of the Lord,
make straight his paths (Lk 3:4).

St. Luke understands the life, death and resurrection of Jesus of Nazareth to be a new and final exodus.

We want to believe that time is not a thief. That it cannot steal all. Hope becomes life. Even Rachel Cusk the novelist takes refuge in the eternity of art.

Language is the only thing capable of stopping the flow of time, because it exists in time, is made of time, yet it is eternal—or can be.

That is not enough shelter. The artist cannot save the soul. The truths that Shakespeare brought to the fore illumine life, but they do not transcend it. They have no import if Shakespeare is unread. No meaning, when reading itself comes to an end. Shakespeare confessed as much, in a sonnet comparing his love to a summer’s day.

When in eternal lines to time thou grow’st:
So long as men can breathe or eyes can see,
So long lives this, and this gives life to thee (Sonnet 18).

But only that long. Language is made of time. It ceases when time does.

Unless, perhaps, it was language that made time. Then the purpose and meaning of our lives are not products of time. They arise from time’s origin and destiny. St. Luke wants us to understand that long ago, a way forward, a way out of time itself, appeared in time. If this is true, then life’s central illusion—that time is a thief—is true, but not for followers of the way. Why? Because the Word is made flesh. He enters time. He is our way forward, beyond time itself.