St. Ignatius shows us that falling in love with God takes serious commitment 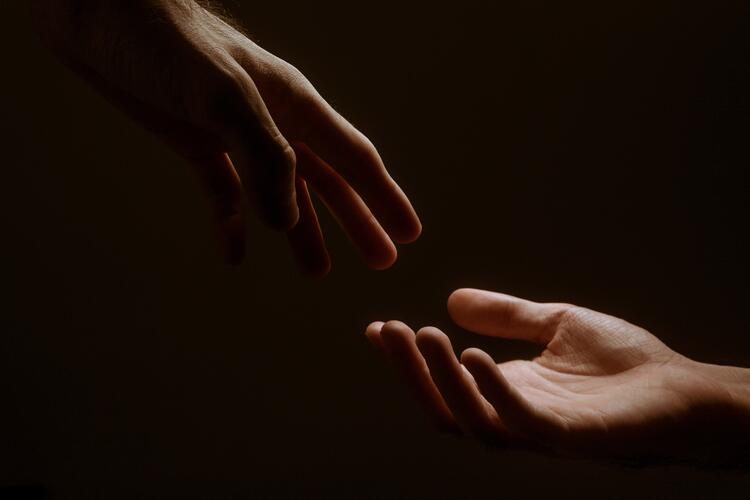 Photo by Jackson David on Unsplash.

A reflection for the Twenty-eighth Sunday in Ordinary Time

Have you ever asked someone, quite sincerely, to tell you what it is that he or she wants? People can say a lot while they work themselves up to what it is they are actually trying to say. You listen, follow different angles and realize that you still do not know what it is that they want of you. You give them some time, and then you ask them to focus.

Is that what Jesus does in response to the young man who asks about eternal life? “Why do you call me good?” Is the Lord asking him to come to his point? He knows the commandments, does he not?

Now, for Christ and his would-be disciple, the question is focused. He wants Jesus to tell him what stands between him and his goal. This good young man senses that he has not yet entered the kingdom. He still feels more of God’s absence than presence in his life.

The daily examen shows us the faults, the limitations, the desires, the attitudes that stand between us and the love of God.

At the very beginning of his Spiritual Exercises, St. Ignatius of Loyola does something similar. He asks us to focus upon the purpose of life. What is it that we are supposed to want from life? He then offers a presupposition for the spiritual exercises that follow. It is a fundamental division between the one who seeks and the world in which we seek. Ignatius reminds us that the world exists so that we may find God.

Human beings are created to praise, reverence, and serve God our Lord, and by means of this to save their souls. The other things on the face of the earth are created for the human beings, to help them in working toward the end for which they are created.

Ignatius wants us to ask ourselves the same question the young man asked of Christ: What stands between me and eternal life? It must be more than the commandments.

The surrender of falling in love is not something done once for all.

Indeed, it is! You must do more than master a religious system, whatever the religion. After all, that is only another way of trying to master the world. You must fall in love with the one who stands beyond and beneath the world, the system. You must surrender. St. Mark tells us:

Jesus, looking at him, loved him and said to him, “You are lacking in one thing. Go, sell what you have, and give to the poor and you will have treasure in heaven; then come, follow me” (Mk 10:21).

Christ loves this young man, and in his great mercy he tells him what keeps him from loving his Lord in return. The young man’s wealth is still a way in which he remains master of his world. He cannot fall in love with Christ because he cannot surrender.

Then, one of the saddest lines in the New Testament:

At that statement his face fell, and he went away sad, for he had many possessions (Mk 10:22).

Our Lord was right to look with love on this young man. He had indeed come so far. Even now, his spiritual insight is so keen. He has mastered a system and remains unsatisfied. Yet he will not allow himself to be mastered. He sees what stands between him and his Lord, and he cannot leap.

In what is called his daily examen, St. Ignatius presumes that God will be just as merciful to us. One way or another—and one after another—he will show us the faults, the limitations, the desires, the attitudes that stand between us and the love of God. Once we see the flaw, Ignatius tells us to track it. Three times daily—as we begin the day, in its midst and at its close—we are to examine the geometrical relationship, if you will, of three points: ourselves, our Lord and the flaw.

To be Christians, we must first serve the poor
Jaime L. Waters

When on this day does the flaw stand between me and the Lord? And when did I manage to set it aside? What should I learn from this day as I enter those that follow? I do not, after all, know how many days will succeed this one before the Lord calls in the harvest.

Even if the young man had followed the Lord that day, the surrender of falling in love is not something done once for all. Not with us. Like the other disciples, he would still have struggled to understand, to trust and to surrender to his Lord. In the days that would have followed, even if the young man had sold what he had once possessed and had given it to the poor, each subsequent day he would still have needed to have asked himself: What do I want? Where am I seeking? What do I love in life that stands between me and the love of my life? What stands between me and my Lord?